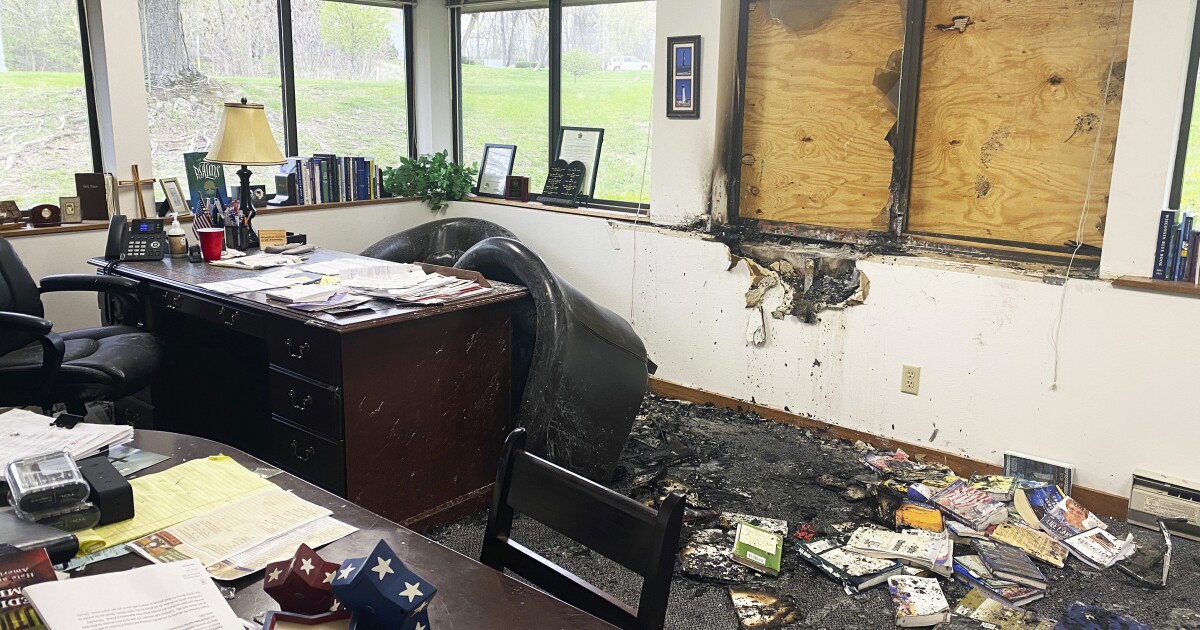 Authorities are still working to determine whether the second device, found inside the building, was the cause of the fire and do not have any suspects in custody at this time, Madison Police Chief Shon Barnes said during a press conference Monday. No injuries have been reported in connection to the incident.

“Hate and violence do not advance any cause, and unfortunately, we are investigating the fruits of hate and violence in the form of an arson, where a specific nonprofit was targeted for their beliefs regarding the issue of abortion,” Barnes said. “We understand that emotions are high on every side of this issue following the recent news from the United States Supreme Court.”

News of the attack drew national attention from a country on edge amid political fallout from a leaked Supreme Court draft decision. Although it isn’t final, the draft signals the high court plans to overturn the precedents set in Roe v. Wade and Planned Parenthood v. Casey, which guarantee women a right to abortion around the nation.

Madison police collected evidence from the scene and turned it over to federal investigators in hopes of determining what accelerant was used in the Molotov cocktails. Officials previously announced they found the remnants of at least one Molotov cocktail that did not ignite. Barnes did not elaborate on whether the second Molotov cocktail ignited.

In addition, officials have been combing the area, searching for video or other forms of digital evidence that could lead to the apprehension of the perpetrator, according to Barnes. He also noted that there has been no indication that the attack was the result of an inside job.

On Sunday, Madison police and firefighters arrived at the headquarters of Wisconsin Family Action, an advocacy and lobbying group that opposes abortion and promotes abstinence. The fire was extinguished within five minutes of firefighters arriving on the scene, and authorities began an arson investigation.

Officials were investigating a fire at the headquarters of anti-abortion group Wisconsin Family Action that they said was arson. The building was spray-painted with the words, “If abortions aren’t safe then you aren’t either.”@7NewsDC DETAILS: https://t.co/8BgeyneqnA pic.twitter.com/7nUzPmj0gl

Julaine Appling, president of Wisconsin Family Action, described the incident as “a direct threat against us.” She also noted the cause of the fire appeared to be the result of a Molotov cocktail.