Republicans, naively, still think that the merits of the issue will carry the day with the electorate.

We need to talk about why Republicans don’t talk about the most important and visible issues in front of the electorate at any given time. As a party, Republicans are incredibly bad about not getting in front of the narrative-du-jour and shaping the public discussion. Instead, they continually let the Democrats and the liberal media set the parameters, define the rules and control the ball. The Democrats and their media allies dominate the communications game and conservative Republicans are always playing catch-up and never quite getting there.

Here are some good examples from the recent past:

In the August 2014 Michael Brown incident, Brown (a young black man) was shot by white police officer Darren Wilson. Brown had committed a crime and was stopped by Wilson. While Wilson sat in his car, Brown punched him and attempted to take his gun, resulting in the confrontation in which Brown was shot. No such “Hands up, don’t shoot” moment ever occurred. This was a total lie put forth by the usual progressive race-hustlers and eagerly swallowed up by the leftist media.

The media used this event to portray all police officers (and by extension, all conservatives) as racists who unfairly and indiscriminately shoot blacks at their whim. Republicans never bothered to mount any meaningful public counter to this false narrative, even after multiple investigations and extensive testimony showed that Brown was clearly in the wrong and the shooting was totally justified. Instead, this incident is widely credited with the founding of the divisive BLM movement.

Tax Cuts for the Rich

This one is a favorite of liberals everywhere. Both the major tax cuts under President W. Bush in 2001 and 2003 and the big 2018 tax reduction under President Trump have been derided oh-so-predictably by liberals as “tax cuts only benefitting their rich doners.” That’s hogwash, of course. (Even the very liberal yahoo.com says President Trump’s tax cuts benefitted the middle-income earners the most.) The rate reductions benefitted all taxpaying Americans, in every income bracket. The salient point is that Republican politicians never refute the Democratic lies about “tax cuts for the rich.” Why don’t they? This should be an easy one — the numbers are irrefutable.

This one is huge. A draft of the decision to overturn Roe v Wade was deliberately leaked by an unethical Democratic operative for the purpose of casting all Republicans as “anti-women.” By demonstrating that the conservative-leaning Supreme Court would outlaw the pivotal Roe vs. Wade ruling, Democrats hoped to bring abortion to the fore as a 2022 election issue, thus diverting attention away from the utter debacle of Democratic governance in every single economic and foreign policy category.

In point of fact, the Court’s Roe proposed ruling (still a draft, not a final decision) merely says that the original 1973 case was wrongly decided, and that the Court actually didn’t have the legitimate jurisdiction to fabricate a Constitutional “right” to abortion based on any so-called privacy clause of the Constitution. Instead, the issue of abortion should be one of state’s rights, decided by the voters and legislature of each respective state. The Court’s proposed ruling does not “outlaw” abortion nor take away access to abortion. 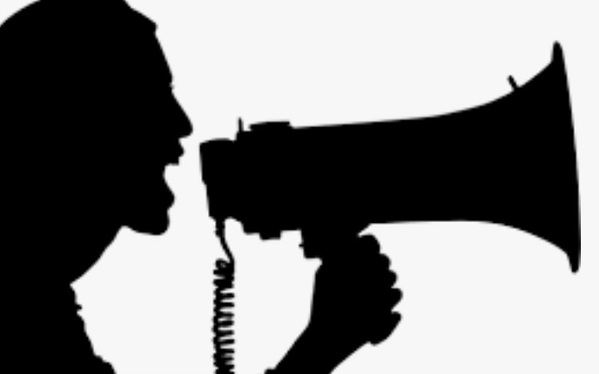 Everyone knows that, both Republicans and Democrats alike. Yet Democrat politicians are all too willing to perpetrate the hoax that “Republicans are outlawing abortion” in order to leverage that lie for political gain.

However, are there any daily Republican press briefings and statements that unequivocally set the record straight, that prove that abortion rights and access will simply be returned to the states, and in all likelihood, very little will change anywhere, especially in the deep-blue states? No, Republicans are silent, as they let Democrat politicians and the liberal media paint them as anti-women.

Dinesh D’Souza’s documentary 2000 Mules delivers ironclad visual proof of Democratic “mules” stuffing ballot drop boxes at all hours of the day and night, fraudulently adding to Democratic vote totals in the swing states that would have been more than enough to sway the vote. And remember, this movie is just about the “mules/ballot box stuffing” aspect of the 2020 fraud. This movie doesn’t touch upon the “ballot boxes coming out from under the tables at 2:00 a.m.” nor the “tractor-trailer truck showing up from out of state with thousands of phony ballots” aspect of the fraud, nor does it even mention the several counties that somehow had more votes counted than there were registered voters.

But once again, Republicans are silent. They don’t speak. They make no effort to wrest the narrative away from the Democrats.

Why? This is the $64,000 question. Perhaps it is because Democrats know that most of their policies are fundamentally disingenuous and therefore they’ve learned how to deceive voters over the years. Lying is just part of their playbook, a required skill for a Democratic politician to make the team and they know the liberal media will back their lies.

Republicans, naively, still think that the merits of the issue will carry the day with the electorate, foolishly believing that voters will display the requisite initiative to research the details of the matter and thus be able to discern truth from deception. Maybe that’s the logic of a “conservative” by-the-book mindset. Maybe being devious and misleading doesn’t come naturally to Republicans the way it does to Democrats because Republicans aren’t trying to sell bogus issues like race quotas or multiple genders to the electorate.

However, a winning strategy always involves getting inside your opponent’s head and understanding their thinking, their motivations. Republicans had better do some serious reflection and start talking the talk, or they will find themselves talked right out of any future election victories.