Why do we have every appearance that there is no actual climate crisis, while seeing growing evidence of where the actual disinformation is found in this issue?

When John Kerry, President Biden’s special envoy for climate, lamented that the Ukraine war situation would distract the public from the ‘climate crisis’ and then doubled down later on how ‘climate change refugees will outnumber Ukrainian refugees, he seemed to have no awareness of how ludicrous his statement was. NPR and CNBC have both trumpeted the same theme about the war distracting the public from the “true crisis.” Then there’s Biden’s Commerce Secretary, Gina Raimondo, who reacted the following way to Rep. Ben Cline’s “distraction” that the proposed 2023 budget “doesn’t really help families put food on the table or clothes on the back.”

“…we believe climate change is an existential threat so, you know, children won’t — [shrugs, pauses]. Forget about clothes on their back. They’re not going to be able to have a life if we don’t deal with climate change.”

It’s as though Kerry, Raimondo and Del Toro are so assured of their own importance that they actually believe they can sell global warming to Eskimos.

That’s a paraphrase of a line from the sales industry; a guy’s sales talk skills are so good that “he can sell refrigerators to Eskimos.” Many arrogant salespeople describe themselves this way, oblivious to how big the backlash might be if purchasers realize that they’ve been conned into buying something they absolutely don’t need. Sell Eskimos refrigerators and you risk being vilified so thoroughly that you’ll never be allowed to set foot in their territory again.

That’s essentially what the “climate change” issue is, a charismatic smooth-talking sales campaign selling the world the notion of catastrophic man-caused global warming via an endless string of deceptive narratives. Even the name of the issue, “climate change,” is deceptive. Al Gore’s movie An Inconvenient Truth, taught around the world from the grade school level through college, used the “global warming” phrase a minimum of 25 times while never mentioning “climate change” once. Why change the name? When ‘man-caused global warming‘ pauses instead of continually rising as more atmospheric CO2 irrefutably rises, the public starts asking questions.

No problem. Switch to “Climate Change™” and blame it for last year’s seven million acres of U.S. wildfires, while crossing your fingers that nobody recalls the nearly 22 million acres burned in 1937.

When objective, unbiased observers examine the issue, they find no end to disingenuous imagery and misleading narratives. Case in point: media don’t use clear, midday photos of coal-fired power plants, they instead show views taken at sunset or sunrise where the always-backlit harmless steam emissions resemble sinister pollution clouds. News reports imply the colorless carbon dioxide in the steam is a pollutant, despite the fact that commercial greenhouse growers pump CO2 into their buildings to help their plants and flowers grow bigger and faster. Beyond that, news outlets simplify the name of that odorless, colorless trace gas as “carbon pollution,” evoking mental images of smokey black soot.

If the public is not being presented with accurate depictions of just those few items, how many others are misrepresented?

Massachusetts Institute of Technology scientist Dr. Richard Lindzen authored a 2008 paper titled “Climate Science: Is it currently designed to answer questions?” A simple answer: no, it is not. Despite widespread talking points about too much “equal time” in news reporting being given to skeptic scientists like Lindzen, news outlets  such as the “PBS NewsHour” have never once had a skeptic scientist on the program over the last 25 years to dispute what was said during 97 appearances of scientists associated with the Intergovernmental Panel on Climate Change, NASA, and the National Oceanic and Atmospheric Administration.

The public is largely unaware of how climate experts question the notion of global warming: temperature data-gathering methodology/ocean ‘acidity’/polar bear populations/glacial retreat/the ‘scientific consensus’/sea levels/weather intensity, on and on. At one climate conference I attended, when banquet workers were clearing away dishes, one of the remaining audience members asked a worker if she had listened to the skeptic’s presentation. She loudly proclaimed, “I’ve never heard any of this before!!” 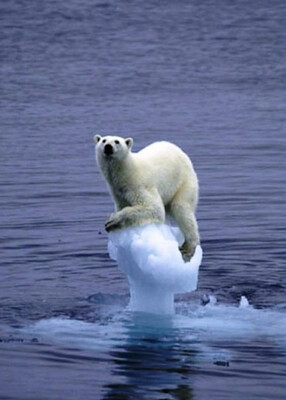 Accusations of corruption by oil companies has played a major part in keeping the issue alive for 30 years now. Its specific claim is that “leaked industry memos” proves the fossil-fuel industry paid skeptic scientists to “reposition global warming as theory rather than fact.” Those “leaked memos” were first floated as evidence by environmentalists in June 1991, and the “reposition” strategy goal was most famously spelled out full screen in Al Gore’s movie, in an apples and oranges comparison to a leaked tobacco industry document. This same supposedly sinister set of leaked memos is the cornerstone evidence for disinformation campaign accusations in most of the “Exxon Knew”-style global warming damages lawsuits (e.g. City of Hoboken, NJ v Exxon), and this same memo set was once again cited in a November 2021 UK Guardian article about oil industry disinformation campaigns, where the article went so far as to additionally post scratchy copies of newspaper ads that supposedly accompanied the ‘disinformation campaign’… but it turns out that those ads were never used in the genuine campaign, which was a short-lived public relations effort to tell the public what Al Gore and the IPCC wasn’t telling them.

Worse, the leaked memo set, with the “reposition global warming” strategy targeting a gullible audience of “older, less educated males” and “young, low income women,” was only a strange proposal that was rejected by the industry group it was sent to. It’s worthless as evidence, but it is still  clearly the ‘most viable-sounding evidence’ the global-warming alarmists have ever had to convince the public to ignore skeptic scientists and other experts.

As complex as the science is after 30 years, the elemental fatal fault in the global warming issue is how the whole issue still boils down to just a one sentence talking point:

Exxon and the rest of the fossil fuel industry knew the science was settled, but paid shill ‘experts’ to reposition global warming from fact back to uncertain theory, and that’s why everyone can ignore those skeptics and move forward to stop the climate crisis.

Maybe an ordinary hotel banquet room worker isn’t qualified to judge the science, but that person doesn’t have to be either a rocket scientist to commit an elemental act of due diligence by asking the most basic questions: “What is your evidence proving those skeptics knowingly lie and are paid illicit money to do that?”

The global warming issue is bigger than just the science, it’s a window into the world of how big the mainstream media journalism malfeasance may be in this issue.

Why do we have every appearance that there is no actual climate crisis, while seeing growing evidence of where the actual disinformation is found in this issue?

Because prominent enviro-activists, along with unquestioning policymakers, both enabled by a complicit mainstream media, are not providing fact-based information that fully informs the public. They are instead selling all of us one of the most false premise, deceptive, and disingenuous narratives in history. Selling refrigerators to all of us Eskimos, in other words.

Russell Cook is the publisher of the Gelbspan Files website and is a long-time contributor to American Thinker, documenting the fraudulent claims that oil and coal industries pay climate skeptics to oppose the global warming doomsayers.