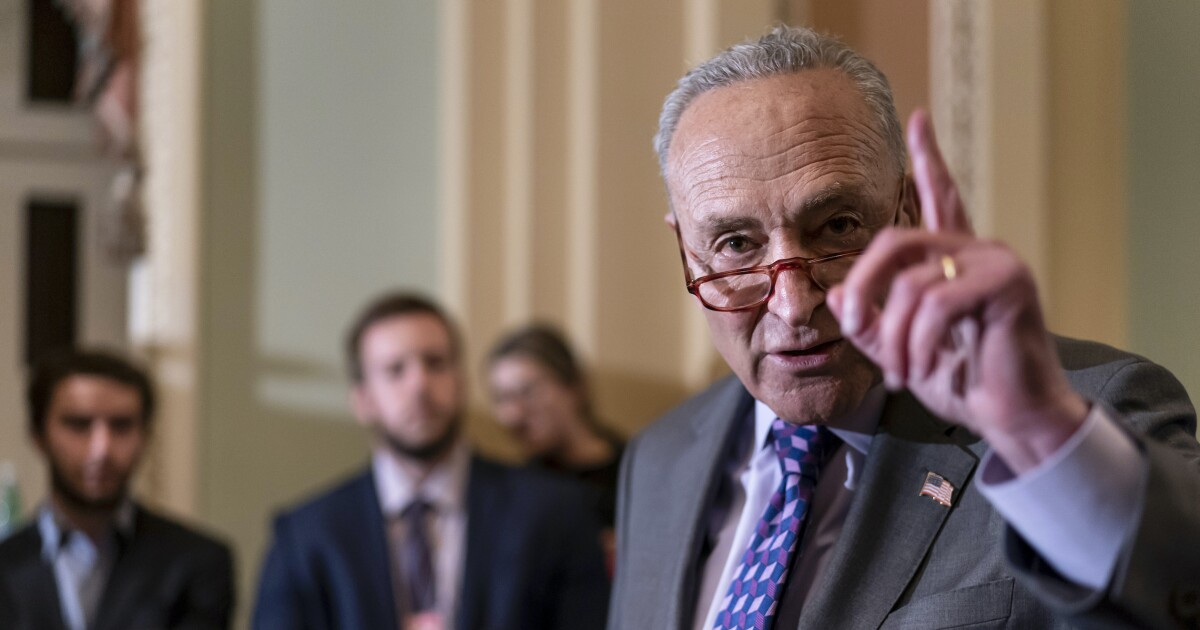 Senate Democrats on Tuesday argued that Roe v. Wade should be codified into federal law while appearing to acknowledge that they lack the votes to do so.

Senate Democrats on Tuesday argued that Roe v. Wade should be codified into federal law while appearing to acknowledge that they lack the votes to do so.

After a bombshell leak of a draft opinion from the Supreme Court suggested that a reversal of Roe, which legalized abortion nationwide, may be imminent, Senate Democrats said they will bring legislation to the floor Wednesday that would codify the standard set by the decision into federal law. But the bill is unlikely to pass since Senate Democrats cannot meet the 60-vote filibuster threshold to pass it. The bill would also go beyond what Roe permits by overriding nearly all state-level restrictions, including those that have been held up by courts with Roe in place.

In remarks on the Senate floor Tuesday, Senate Majority Whip Dick Durbin (D-IL) argued that “what the activist, anti-choice majority on this court would do is unprecedented, radical, and dangerous.”

Durbin appeared to acknowledge that the bill, the Women’s Health Protection Act, would not pass in arguing that the vote would reveal what each senator thinks about the issue.

“The American people deserve to know where their senators stand,” Durbin said.

In other remarks on the floor, several Democratic senators argued that the issue of reproductive rights would drive voters to the polls in November, with Sen. Elizabeth Warren (D-MA) even asking voters for reinforcements to back the bill.

“For everyone who says we don’t have the votes in the Senate to get this done, I say then get in the fight and give us the senators who will get it done,” Warren said. “Don’t tell us what we can’t do to stop Republican extremism.”

Warren also echoed the argument that the vote would be a litmus test for voters.

“After this vote, there will be no ambiguity. Every American will know exactly where their elected representatives in Congress stand,” she said.

Sen. Richard Blumenthal (D-CT) made a similar argument that the issue would motivate voters, saying, “In elections to come, reproductive rights will be on the ballot.”

Sen. Steve Daines (R-MT), the founder and chairman of the Senate Pro-Life Caucus, condemned the leak from the Supreme Court in remarks on the floor but said the draft itself “is a triumph for the Constitution and the rule of law.”

“This watershed decision would be a tremendous victory for the fight for life and turn the page on a dark chapter of our nation’s history in which more than 62 million unborn children have been tragically killed,” Daines said.

Daines argued the bill put forth by Democrats in response is extreme.

​​CLICK HERE TO READ MORE FROM THE WASHINGTON EXAMINER

“In a nutshell, this radical bill would make the United States of America the most dangerous place in the world to be a preborn child,” he said.