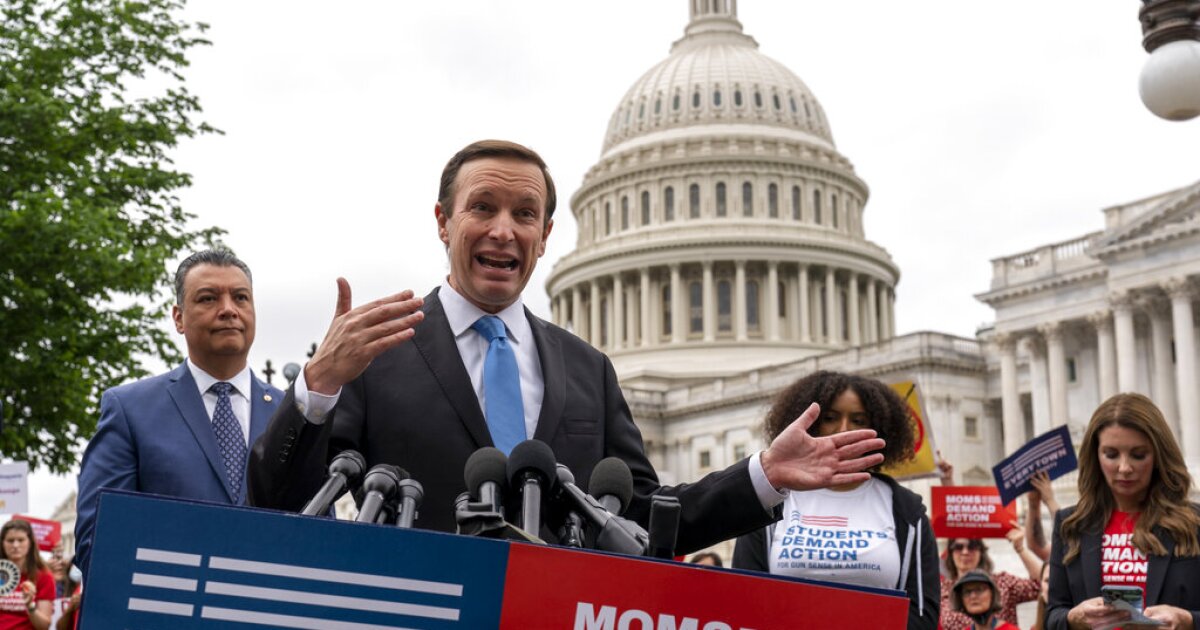 Sen. Chris Murphy (D-CT) said Congress is holding "serious" bipartisan negotiations on legislation meant to curb gun violence as the country reels from the mass shooting at a Texas elementary school on Tuesday.

Sen. Chris Murphy (D-CT) said Congress is holding “serious” bipartisan negotiations on legislation meant to curb gun violence as the country reels from the mass shooting at a Texas elementary school on Tuesday.

Strengthening the gun background check system, mental health resources, and security dollars for schools are just a few items that Republicans and Democrats are looking to find common ground on for potential legislation, Murphy said Sunday.

Discussions have been held over the weekend with Sen. John Cornyn (R-TX), among other Democrats and Republicans, and are likely to continue through early next week, Murphy added.

Senate Majority Leader Chuck Schumer turned to Murphy and Sen. Richard Blumenthal (D-CT), both of whom were involved in efforts to pass background check legislation after the shooting at Sandy Hook Elementary School in their home state of Connecticut in 2012, to represent Democrats in negotiations, giving them a 10-day deadline to reach a bipartisan agreement.

Sen. Chris Murphy tells @jonkarl that “serious” bipartisan negotiations following Uvalde shooting could “show that progress is possible and that the sky doesn’t fall for Republicans if they support some of these common sense measures.” https://t.co/3pcYxEWgcq pic.twitter.com/dwDztfD8h3

Twenty-one people, including 19 children and two teachers, died in the shooting in Uvalde, Texas, on Tuesday. Law enforcement killed the gunman, identified as an 18-year-old who officials say legally purchased two AR-15-style rifles days after his birthday.

“I can’t say for certain, but I can tell you I sense a different feeling among my colleagues after Uvalde,” Durbin, the Democratic whip, told CNN’s Dana Bash on Sunday.

Murphy sought to tamper Democratic expectations, noting that compromises would need to be made in order to pass any type of legislation.

“We’ve had a short timeframe, Jonathan. We’ve got to get this ready for Congress when Congress reconvenes in about a week, but I think we can do it,” Murphy said.