Califronia's Bill AB-2098 gives power to the state's medical board to investigate and punish doctors whose advice and treatment regarding COVID-19 varies from the “applicable standard of care.”

Should We Censor Doctors? – American Thinker<!—->

Legislation entered in California’s state legislature has gone where Biden’s “disinformation bureau” couldn’t.  Bill AB-2098 gives power to the state’s medical board to investigate and punish doctors whose advice and treatment regarding COVID-19 varies from the “applicable standard of care.”  Physicians in the medical establishment now have “disinformation” authority over others who dare to voice alternative options to their patients.  Consequences include actions that can take away a medical license.

Doctors on the West Coast should be dismayed (but am not surprised) by AB-2098.  California’s attempt to reign in “misinformation” goes against everything a young physician should be taught in medical school.  The importance of teaching the next medical generation to be objective with regards to the current conventional wisdom can’t be overstated.  Even more importantly, each medical generation should question prevailing thought when appropriate.  If medical professionals didn’t have this freedom in the past, medical progress wouldn’t have moved at the pace needed to meet today’s challenges.  California is making an effort to “cancel” a healthcare professional’s right to think freely by creating a censor.  Worse than that, a censor with the power to ruin careers.

If today’s practicing physicians on the West Coast fail to toe the line and follow conventional dogma, they will suffer the penalty.  In leftist communities (of which there are plenty in California), dozens of complaints will be entered by activists against perfectly competent and caring practitioners.  Defending themselves against such complaints is risky for young doctors, many of whom have spouses and children to support. They will feel forced to follow the straight and very narrow path, even if that path isn’t in their patients’ best interests.

At present, Bill AB-2098 refers specifically to advice and treatment relating to COVID-19.  A bill can be easily amended, however, to include another medical issue, then another, and another.  Eventually, there will be an infallible set of standards that cannot be violated.  If there’s a definition of a slippery slope in a medical dictionary, this is it.

The bill is meant to protect the community against dangerous doctors.  Yes, some doctors may be incompetent, even negligent.  Some may have opinions that aren’t supported by hard data. Others may offer questionable options as a cure-all.  No drug or procedure cures everything, and sweeping medical claims should always be viewed with a skeptical eye by doctors and by ordinary citizens.  A medical board should scrutinize practitioners who make wild claims and take action when necessary to keep patients safe. 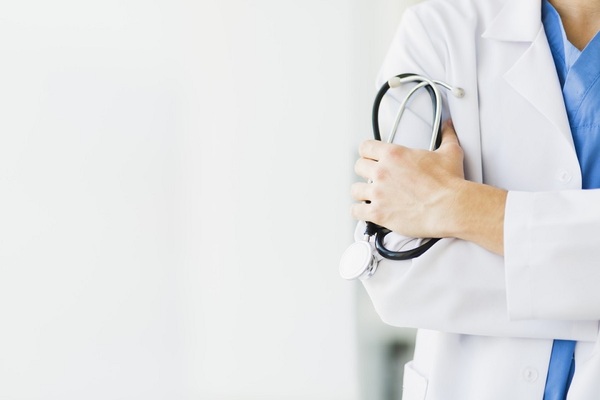 What’s going on in California, however, is different.  The bill will have implications that are far-reaching enough to set a precedent for other state and national organizations.  Before long, there’ll be one way to deal with a particular health issue and one way only.  If the treatment accepted by the medical establishment doesn’t work, what are physicians to do?  Shrug and walk away?

The steamroller of censorship has already started.  The Federation of State Medical Boards (FSMB) has passed a “misinformation” policy of their own.  They recommend that its members crack down on errant physicians.  The CEO of the organization has been quoted in the L.A. Times as saying: “…it’s incumbent upon physicians to keep up with what’s permissible, what’s approved, what’s authorized and what’s not.”  The FSMB wants to exert an iron fist authority over the entire country’s physicians.  You can bet that some states will institute punishments for heretics that equate to much more than a slap on the wrist.

Many media outlets like the LA Times would actually welcome a 1984-style medical Ministry of Truth.  I don’t.  I’m a retired physician who writes about strategies that might save lives in long-term disasters.  In these situations, the caregiver’s options are limited due to a lack of a functioning medical infrastructure, so you must be flexible and think outside the box.  This means crossing into uncharted territory sometimes; territory that is off-limits to the medical powers-that-be.  Something, however, is better than nothing.  Theodore Roosevelt once said: “Do what you can, with what you have, where you are.” I wonder what the medical board in California would say about that? When the San Andreas fault unleashes the “big one” one day, will you be reprimanded if all the doctor had to splint a broken leg was a couple of sticks and a tee shirt?

There’s more than one way to skin a cat.  There might, surprise, even be more than one way to treat an illness.   Developing different ways to handle infections, injuries, and chronic illness is the way medicine moves forward.  With COVID, that might mean letting physicians prescribe medicines that are politically out-of-favor like ivermectin (for which, by the way, there is a lot of hard data available).  Heart disease, cancer, diabetes, thyroid disease…what if we didn’t allow new ways of diagnosis and treatment?  We’d be stuck in a previous medical era and lives would be lost.

Discouraging free thought in our healthcare providers is a mistake.  California makes mistakes on policy regularly, but this is the kind that, one day down the road, may cost its citizens dearly.

Joe Alton MD is the  NY Times bestselling author of The Survival Medicine Handbook: The Essential Guide for when Help is Not on the Way.