There's a lot that House conservatives should do to act on behalf of their voters and a majority of Americans who supported Republican House candidates in the midterms.

Should We Expect Much from McCarthy and House Republicans? – American Thinker<!—->

The speaker’s election isn’t until January, so isn’t it premature to anoint Kevin McCarthy as speaker?  No, it isn’t — unless Matt Gaetz and his four amigos hold tight in their suicide mission.  That ain’t happening.  Shorting McCarthy of votes might hand the speakership to woke New York Democrat Hakeem Jeffries (Democrats will vote in lockstep, of course).  Never count out squishy Republicans doing a stupid thing.  A messy fight for the speakership would leave the House in disarray.  Not a good start for Republicans.

If the five conservatives who oppose McCarthy’s election — Gaetz, Biggs, Good, Rosendale, and Norman — stand fast, McCarthy would fall a vote shy of election.  But at least one of them won’t stand fast.  McCarthy will secure that solitary vote.  Not all the renegades are going to bag McCarthy knowing that Democrats profit.  Some or all five will strike a deal with McCarthy.  Concessions won — if they’re the right sort — are good things.

With McCarthy as speaker, the five — and lots of other House conservatives — will still enjoy a ton of leverage over the next two years.  They need to use their power to not just push critical legislation but shape it.  The devil is in the details.

If House conservatives are true to their convictions, and are savvy enough to counter McCarthy’s scheming and resist his bribes, and don’t succumb to appeals from an array of special interests, which are glad to spread around a little love and a lot of money, then they’ll have the power to drive legislative priorities and mold legislation that McCarthy advances.

The GOP will enjoy a 222-213 majority.  McCarthy, Steve Scalise (majority leader), and Tom Emmer (majority whip) have their work cut out for them.  They’ll need to hew to a fairly conservative agenda and pursue it aggressively.  Talking the talk but failing to walk the walk should invite bare-knuckled reprisals from rank-and-file conservatives — at least enough of them to bung-up the works.

With McCarthy, it’s not about trust but verify.  It’s about flat-out verify.  The issues that House Republicans ran on — inflation, crime, and the border — must be addressed substantively.  Those are priorities.  Forwarding legislation to the Senate is imperative — even though majority Democrats will scuttle measures, perhaps with the quiet cooperation of jaded Mitch McConnell.  House Republicans should make points to pin the blame often and loudly on Senate Democrats as “obstructionists.”

Don’t buy the spin that most voters weren’t vitally concerned about the three key issues mentioned.  No, the red wave didn’t materialize.  Yes, Democrats were able to rally blacks, single and younger women, and Millennials with Biden’s now bogus college loan bribe, calls for abortion without boundaries, and base appeals to race.  But all that and prodigious systematized mail-in ballot and early voting drives failed to achieve a majority for Democrats in House contests.

GOP House candidates won 50.7% of the aggregate vote, while Democrats only snagged 47.8%.

In part, that majority wasn’t reflected in more GOP House pickups because Democrats outsmarted Republicans in many key redistricting battles (or because they had majorities and controlled the process) or “nonpartisan” redistricting commissions drew lines that disadvantaged Republican candidates.

That is what it is, but Republicans must keep their eye on issues that motivated a majority of voters.  It matters not only in retaining the House but gaining the Senate — more Democrat seats are at risk in two years — and winning the presidency.

Republicans have repeatedly blamed President Biden’s policies for driving up energy costs. One of those policies they blamed was the IRA [Inflation Reduction Act], which Republican Congressman Chip Roy said needed to be repealed “On day one” of Republican control of the House.

Roy is on target.  IRA was another not-so-clever effort by Democrats to hemorrhage money on boondoggles and pay off key constituencies and interests.  Per Townhall (August 10), IRA is a monstrosity that allocates $400 billion for green energy “subsidies and ‘climate justice.’”  Then there’s the act’s notorious provision to spend $124 million hiring 87,000 new gun-toting IRS agents who’ll do nothing about inflation (as if they could), but ramp up Uncle Sam’s efforts to crush taxpayers. 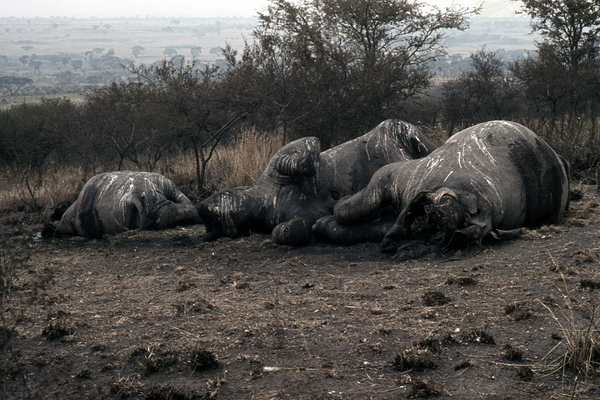 Forbes, in typical DC/establishment gibberish, discussed the “complexity” of repealing IRA and how various interests — including some GOP constituencies — would be hurt by attempts to kill the measure.  Blah, blah, blah.  The legislation was a lie from the get-go and House conservatives should militate for full repeal.

In its place, House conservatives should work to create legislation restoring and protecting domestic conventional energy exploration and production.  Champion building more refineries and infrastructure.  Biden claims the nation needs more refineries.  Stick it to him with legislation that facilitates construction.  Want a nod toward green energy?  Carve out space for environmentally friendly nuclear power.

Restoring the Keystone XL pipeline may merit a standalone effort, given the publicity generated by Biden’s cancelling of its permits in early 2021.  Conservatives, push a measure, coining it the “Jobs and Cheaper Energy Restoration Act.”

Inflation?  Simple.  The House controls the purse strings.  Stop the profligate spending. Slash spending for a range of wasteful federal programs.  Target spending cuts for programs favored by Democrats.  That’s hardball.  Take an ax to regulations and taxes, particularly those that impact investment and capital formation.  Find ways of empowering small businesses, which are certainly engines for the nation’s economic vitality, but also bulwarks for entrepreneurial independence and critical to maintaining the vibrancy of localities.

Jim Jordan, as chair of the judiciary committee, you’ll investigate the FBI.  You’ll slam that corrupt agency for devolving into the Democrat Party’s enforcement arm while failing in its core mission to fight crime.

Want to make waves, House conservatives?  Insist on legislation abolishing the FBI and farm out its core functions to other federal law enforcement agencies.

So, say you, Chuck Schumer, the dour Senate Democrat leader, will counter House Republican measures.  He has the ear of the slavish corporate media.  Sure, he’ll take to the floor to demagogue GOP proposals as heartless or dangerous or bigoted or whatever this autopilot progressive concocts to try to gain advantage.  To hell with him.  Stay the course.

If Schumer wants to negotiate House legislation, do so, but only if McCarthy is resolved that core elements of House measures aren’t opened to barter.  Give and take isn’t bad, as long as there’s more take than give.  Conservatives, make it clear to McCarthy that if his knees buckle, you’re walking.  Mean it.  How will Kevin feel holding a handful of nothing when sitting across from Schumer?

There’s a heckuva of a lot that House conservatives should do to act on behalf of their voters and a majority of Americans who supported Republican House candidates in the midterms.  Conservatives don’t need to deny the speakership to McCarthy to beat him.  What they must do is use their numbers to make McCarthy submit.

The big question is: Do they have the wiles and stones to do just that?

J. Robert Smith can be found regularly at Gab @JRobertSmith.  He also blogs at Flyover.  He’s just returned to Twitter, believing that Musk really wants his platform to be a genuine public forum.  His Twitter handle is @JRobertSmith1.