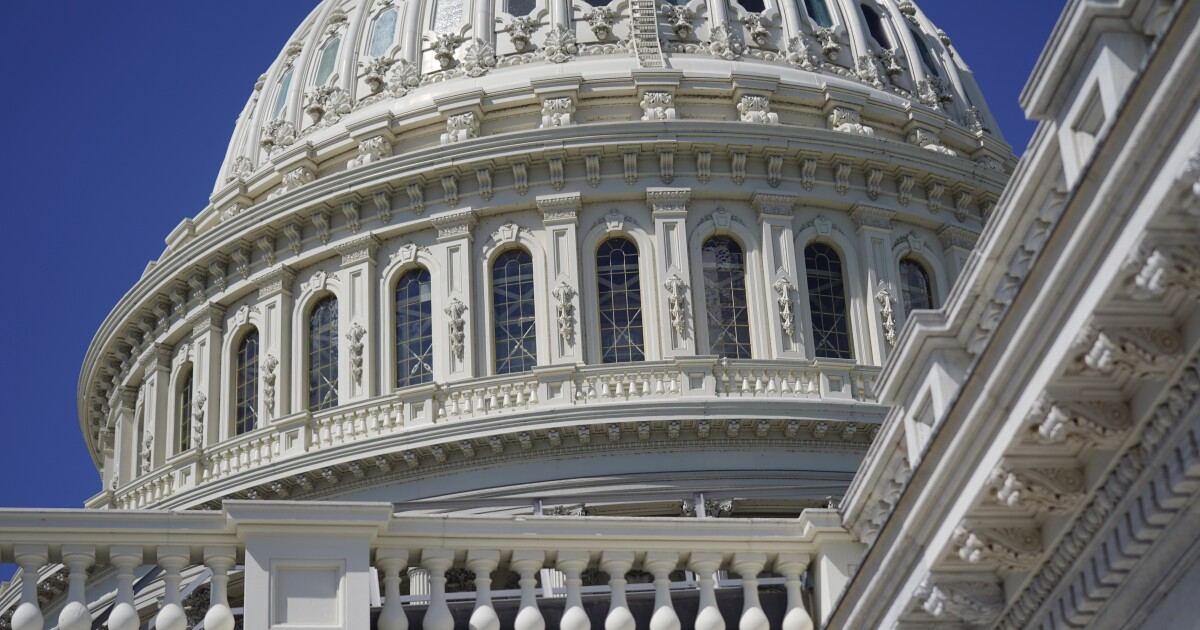 As lawmakers return to Capitol Hill for the final three weeks of the 117th Congress, they face a December deadline to pass a government funding deal in order to avert a shutdown before Christmastime.

As lawmakers return to Capitol Hill for the final three weeks of the 117th Congress, they face a December deadline to pass a government funding deal in order to avert a shutdown before Christmastime.

President Joe Biden and Democratic lawmakers have a list of policy proposals they hope to get passed during the lame-duck session before they lose control of the House. However, it may be up to Republicans in the Senate to push a crucial government funding bill across the finish line — meaning Democrats may need to make some sacrifices if they wish to pass an appropriations bill instead of another temporary continuing resolution.

The federal government is currently funded through Dec. 16 thanks to a continuing resolution passed by Congress in September, just hours before a government shutdown would have kicked in. The temporary bill included funding for the government through the midterm elections, as well as emergency aid for Ukraine, among other things.

But with the Dec. 16 deadline fast approaching, lawmakers have been preoccupied with a slew of other challenges, such as the Senate runoff in Georgia and GOP leadership elections — increasing the likelihood lawmakers will pass yet another continuing resolution to keep the government afloat and push a full-year funding bill further down the road.

Because the funding legislation must be passed to keep the government running, Democrats may seek to add additional measures, such as increased financial support for Ukraine amid the war in Russia, to pass more items on their agenda.

The funding bill is also the last chance for Democrats and the Biden administration to push their economic agenda before Republicans take control of the House in January. For the last two years, President Joe Biden has managed to pass historic measures for infrastructure and climate spending thanks to Democratic majorities in Congress.

As a result, all eyes will be on Senate Republicans and whether they’ll give Democrats the 10 votes needed to overcome a filibuster and push an appropriations bill through — or whether they’ll allow a government shutdown to take place to foreshadow the strength of their party in the upcoming Congress.

Some Biden administration officials are urging lawmakers to put partisanship aside to pass a funding deal, including Defense Secretary Lloyd Austin, who is also awaiting the passage of the annual National Defense Authorization Act, which outlines the budget for the Defense Department.

“Failure to [pass a full-year funding bill] will result in significant harm to our people and our programs and would cause harm to our national security and our competitiveness,” Austin wrote in a letter to congressional leaders, according to a copy obtained by Politico. “We can’t outcompete China with our hands tied behind our back three, four, five, or six months of every fiscal year.”

Meanwhile, House Democrats face a long list of to-do items during the lame-duck period, eyeing several agenda items they haven’t yet accomplished over the last two years. At the top of the list, Democratic lawmakers are seeking to pass the Respect for Marriage Act, which would codify same-sex and interracial marriage into federal law, as well as bipartisan legislation that would make it harder to overturn the results of a presidential election.