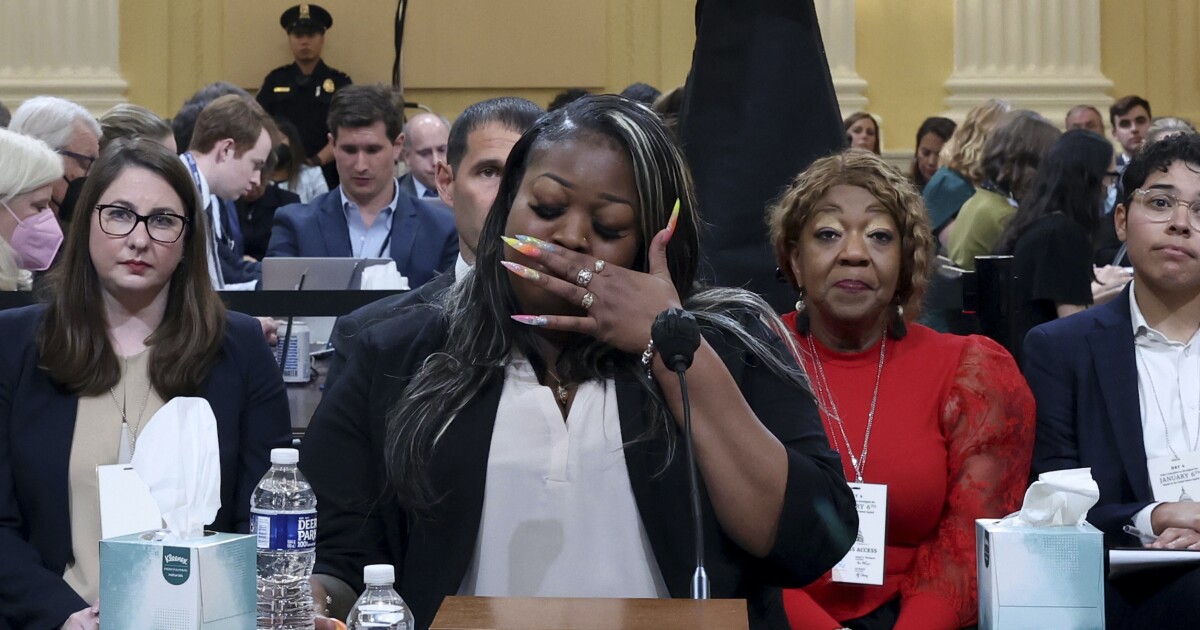 The House select committee investigating the Jan. 6 Capitol riot held another hearing Tuesday on how former President Donald Trump and his allies tried to pressure elections officials in key swing states into overturning the election results away from then-President-elect Joe Biden in Trump’s favor.

The House select committee investigating the Jan. 6 Capitol riot held another hearing Tuesday on how former President Donald Trump and his allies tried to pressure elections officials in key swing states into overturning the election results away from then-President-elect Joe Biden in Trump’s favor.

Former New York City Mayor turned Trump lawyer Rudy Giuliani was a frequent fixture of the committee’s hearings, as he was said to be heavily involved in Trump’s efforts to overturn the election results.

Arizona House Speaker Rusty Bowers, a Republican who was a staunch supporter of Trump before facing and refusing the pressure campaign, discussed conversations with Giuliani in which he declined to provide evidence he said he had.

“He said, ‘We’ve got lots of theories. We just don’t have the evidence,’” Bowers said. “And I don’t know if that was a gaffe. Or maybe he didn’t think through what he said. But both myself and others in my group of three and my counsel, both remembered that specifically and afterwards and laughed about it.”

In one exchange with Rep. Adam Schiff (D-CA), Bowers became emotional when asked why he cited former President Ronald Reagan in his written statement to the committee.

“In your statement, you included excerpts from President Ronald Reagan’s inaugural address in 1981,” Schiff said to Bowers. “The newly inaugurated president told the country, quote, ‘the orderly transfer of authority as called for in the Constitution routinely takes place as is as it has for almost two centuries, and few of us stopped to think how unique we really are in the eyes of many of the world. This every four-year ceremony we accept as normal is nothing less than a miracle.’ Tell us if you would, Mr. Speaker, why did you include President Reagan’s words in your public statement?”

Bowers, who appeared to be holding back tears as he spoke, replied it was “because I have a lot of admiration for Ronald Reagan.”

“When he pointed out — I have lived in other countries for a period of time and have visited a few countries and during election times. The fact that we allow an election, support the election and stand behind that action, even in the past when there have been serious questions about the election and then move on, without disturbance and with acceptance that we choose, we choose to follow the outcome of the will of the people. That will — means a lot to me and I know it meant a lot to him. And so I included that.”

The committee played a recorded testimony of Republican National Committee Chairwoman Ronna McDaniel acknowledging that Trump himself was directly involved in an effort to coordinate false sets of electors as part of his efforts to overturn the election.

McDaniel said that Trump handed off a phone call with her to his attorney John Eastman, who said it was important for the RNC to be “helping the campaign gather these contingent electors in case any of the legal challenges that were ongoing change the result of any of the states.”

“I think more just helping them reach out and assemble them,” she said. “But the — my understanding is the campaign did take the lead, and we just were helping them in that role.”

The committee presented text messages it said were from a staffer for Sen. Ron Johnson (R-WI) who reached out to the office of then-Vice President Mike Pence to present him with slates of fake pro-Trump electors from Wisconsin and also Michigan. But Pence’s office refused the offer.

“Do not give that to him,” a Pence aide responded.

A spokesperson for Johnson said: “The senator had no involvement in the creation of an alternate slate of electors and had no foreknowledge that it was going to be delivered to our office.”

“This was a staff-to-staff exchange,” the Johnson spokesperson continued. “His new chief of staff contacted the vice president’s office.”

Trump and his allies accused election worker Wandrea ArShaye “Shaye” Moss and her mother, Ruby Freeman, of circulating illegal ballots for Biden in 2020 in Georgia. A state investigation found that claim without merit. Moss said the unfounded allegations led to threats against her family.

Rep. Adam Schiff told Moss that “Giuliani accused you and your mother of passing some sort of USB drive to each other.”

“What was your mom actually handing you in that video?” he asked.

Georgia Secretary of State Brad Raffensperger and his top deputy Gabriel Sterling detailed their state’s election process and its recount process as Trump and his allies pushed unfounded claims that the election was stolen from the now-former president.

The committee played recordings of a Jan. 2, 2021, phone call between Trump and Raffensperger in which Trump made allegations of fraud without evidence and demanded that Raffensperger “find” additional votes and declare him the winner.

“We didn’t have any votes to find,” Raffensperger said.