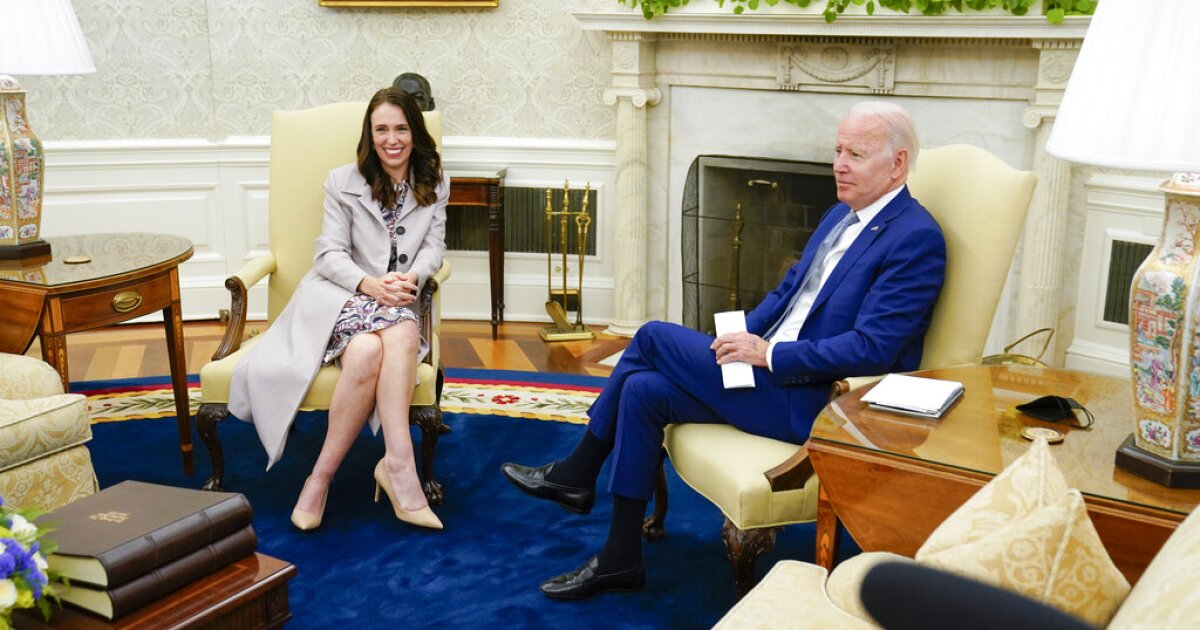 Ardern “has a particular understanding of the extraordinarily difficult challenges that these kinds of attacks pose,” a senior administration official told reporters. “They both share a very strong concern about the slaughter of innocents.”

The official said that Ardern “did not urge the president to any specific course of action” when asked whether the New Zealand leader advised the president on gun control measures.

The two leaders also talked about countering terrorism and dealing with online and offline radicalization.

Biden recently visited Uvalde, Texas, in the wake of last week’s mass shooting at Robb Elementary School. Earlier in the day, the president promised to discuss legislation on gun reform with Congress in the wake of the shooting.

New Zealand launched a gun buyback program and assault weapon ban after a 2019 massacre at a Christchurch mosque.

The official called it a warm, intimate, and direct conversation that covered the Indo-Pacific region, including the need for in-person engagement with Pacific leaders, and the prospect for stepped-up cooperation between Washington and Wellington on COVID-19 and climate change. The discussion lasted more than an hour and also covered a slate of regional issues.

Asked whether the leaders discussed recent efforts by China to strike an economic security pact in the Indo-Pacific region, the senior administration official said they did not get into detail “about efforts by other countries.”

The two agreed on a need to put forth “an affirmative vision for the region,” said the official.

Ardern had been expected to press for a trade pact between the countries ahead of the meeting after advocating the United States to return to the Comprehensive and Progressive Agreement for Trans-Pacific Partnership, a deal brokered by former President Barack Obama and later abandoned by former President Donald Trump. Ardern called it the “gold standard” while speaking to reporters on Capitol Hill last week.