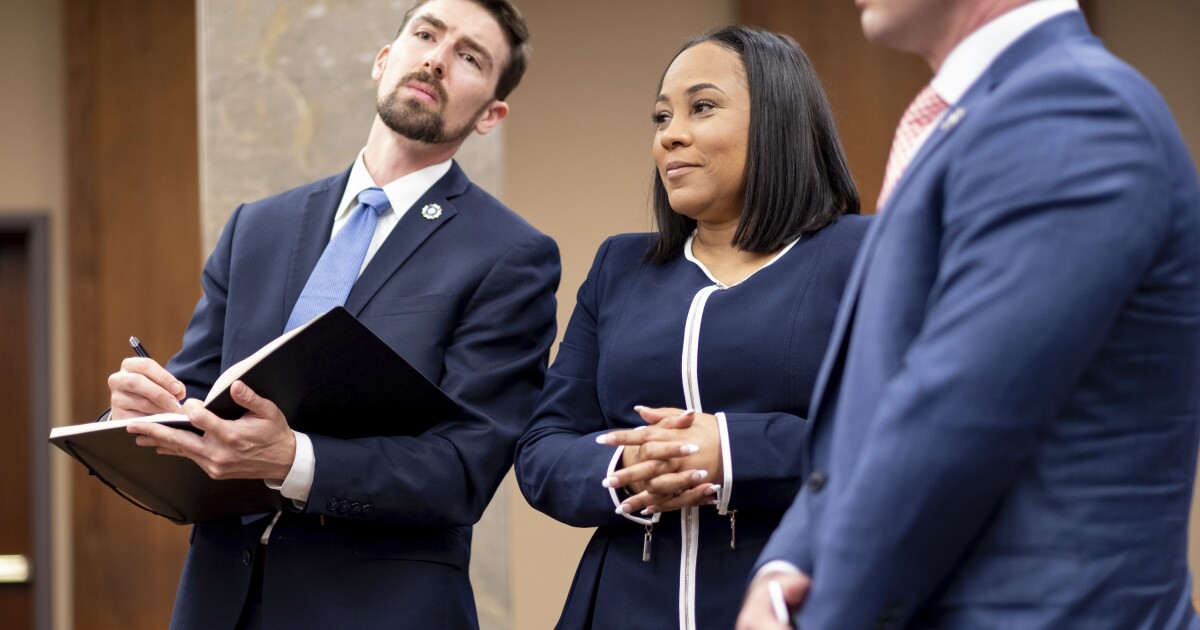 Fulton County District Attorney Fani Willis says she is pleased with her special grand jury selection and confident in the direction of her inquiry into efforts to overturn the 2020 election results in Georgia.

Fulton County District Attorney Fani Willis says she is pleased with her special grand jury selection and confident in the direction of her inquiry into efforts to overturn the 2020 election results in Georgia.

The prosecutor’s office had a hand in selecting members of the special grand jury impaneled last month to aid in her investigation, which involves former President Donald Trump. Willis touted the panel’s diversity and defended taking on Trump in an interview published Monday.

“I feel great about it actually,” Willis told Yahoo News last Friday, referring to the special grand jury. “This [grand] jury looks like the diversity of my county. And so that’s already a good, smart start. … It’s an inquisitive group. It’s a group that takes the responsibility seriously, and I think Fulton County is in good hands.”

Ahead of a prime-time hearing that the House select committee investigating the Jan. 6 Capitol riot is prepping for Thursday, Willis is shifting her 2020 election inquiry into high gear, with the special grand jury issuing subpoenas to compel once-reluctant witnesses, such as Georgia Secretary of State Brad Raffensperger, to give testimony. Taciturn about key details of her findings thus far, Willis argued her inquiry was important to help safeguard voting rights.

“I did not choose this. I did not choose for Donald Trump to be on my plate,” she told the outlet, noting that her father was a former Black Panther who fought for his right to vote.

“So you understand very, very early on, voting is such an intrinsic right,” she continued. “And so I understand how important the infraction on someone’s right to vote is. So I do get the significance.”

Willis has been looking at whether Trump or his allies committed any crimes during the aftermath of the 2020 election in Georgia. The inquiry began early last year. A phone call Trump had with Raffensperger in which he instructed the secretary of state to “find” 11,780 votes, enough to overturn his election loss in Georgia, has reportedly been a key focal point of her investigation.

Trump has defended his conversation as a “perfect call” and subsequently directed ire at Raffensperger over his handling of the 2020 election. The secretary of state recently secured the Republican nod for his reelection bid despite Trump’s strong opposition to him.

Additionally, Willis is reviewing a call Sen. Lindsey Graham (R-SC) had with Raffensperger, the resignation of the U.S. attorney in Atlanta on Jan. 4, 2021, and allegations former Trump personal lawyer Rudy Giuliani made about the election to the Georgia Senate.

Willis reaffirmed that she plans to reach a decision about whether she will indict Trump by the fall. Guiding her investigation is John Floyd, an expert on the state’s racketeering laws, which she hinted could be a valuable tool for her inquiry.

“I understood what a beautiful tool it was,” Willis said, adding that it is “a great way … to allow a jury to get to see a whole story.”