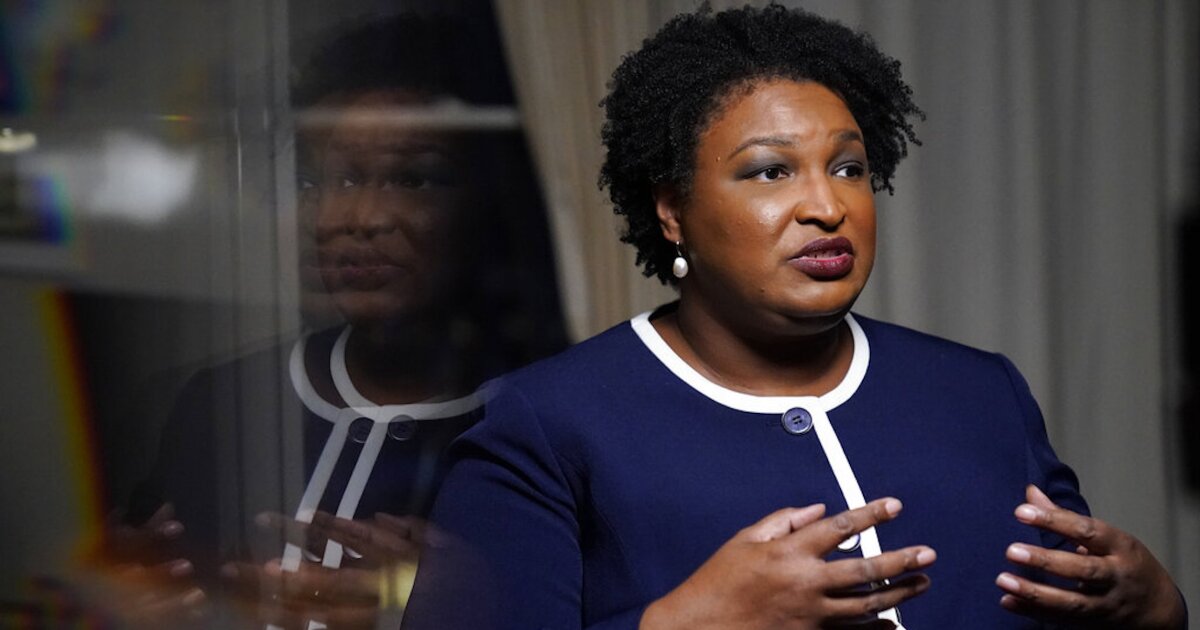 Stacey Abrams, a Democratic candidate for governor in Georgia, didn't give a direct answer Sunday when asked if she would support any restrictions on abortion as the top executive of the state.

Stacey Abrams, a Democratic candidate for governor in Georgia, didn’t give a direct answer Sunday when asked if she would support any restrictions on abortion as the top executive of the state.

CNN’s Jake Tapper interviewed Abrams days after the Supreme Court overturned Roe v. Wade and ended the nearly 50-year nationwide right to an abortion. After noting that about 2 in 3 people in the United States support Roe, though “more nuanced questions” show most people support some restrictions on abortion, Tapper asked, “Do you think the government should play any role in restricting abortion? As governor, what restrictions would you be willing to support in Georgia, if any?”

Abrams said her “first responsibility is to protect the life and the welfare of the women in the state and to make it safe for them to make medical choices.”

These medical choices, Abrams added, “should not be governed by someone’s religious or ideological convictions. And if we’re going to make medical decisions, they should be made with medical input, not at the whim of politicians.”

Georgia Gov. Brian Kemp, a Republican, signed a “heartbeat” bill in 2019 that restricts abortion in the state after a fetal heartbeat is detected, usually around six weeks of gestation, that is likely to take effect now that Roe has been overturned. Exceptions include a threat to the life of the mother, the threat of “irreversible physical impairment,” rape, and incest.

Abrams said Georgia should “do what is right” for women in the state and stated her belief that there “should be federal law that allows women to have these choices, to have reproductive choice and reproductive justice.” She added, “And I think that it has to stop being a political football, where the ideology of the leader of a state can determine the quality of life for a woman and her ability to make the choices she needs.”

In another interview on Fox News Sunday, anchor Martha MacCallum asked Abrams if she supports “any limitation” on abortion or whether she thinks women should be able to have an abortion “all the way up to nine months.”

Abrams replied by saying, again, she believes abortion is a “medical decision” and should be a choice made between a woman and a doctor in consultation with the woman’s family.

Democrat Stacey Abrams leaves the door open to supporting late term abortion “all the way up to nine months.” According to Abrams, that “should be a choice.” pic.twitter.com/hdSQyJRqk7

Kemp applauded the Supreme Court’s “landmark” ruling on abortion as a “historic victory for life” and said, “I look forward to its impact on the legal proceeding surrounding Georgia’s LIFE Act, and hope our law will be fully implemented.”

A rematch of the 2018 election is underway, with Abrams expected to go head-to-head with Kemp in November. The governor dodged a question on a total abortion ban last month. Abrams is already looking ahead to what she would like to be done in order to uphold access to abortion, taking aim at the restrictive measures that could soon be enforced.

“It is my hope that we will be able to reverse this law by passing new legislation in 2023, because we also know that Brian Kemp intends to make it even more difficult for women,” Abrams said on CNN. “He intends to add incest and rape as prohibitions. He’s already broken our healthcare system by refusing to expand Medicaid, and Georgia already has one of the highest maternal mortality rates in the nation. And so I would tell anyone, whether you’re a business or a citizen thinking about being in Georgia, to take into very real consideration the danger that Brian Kemp poses to the life and welfare of women in this state.”

Abrams also warned on Sunday during the CNN interview that Kemp could push further restrictions beyond abortion, saying the Republican has signaled “at least an ambiguity about how he feels about birth control and the laws that govern birth control access.”

Abrams told CNN on Friday that she used to be anti-abortion but changed her position after seeing a friend face “the very real consequences” of an unwanted pregnancy.