Don't expect corporate media or anyone else to challenge big businesses raking in profits from their China ventures.

In solidary with the Ukrainian people, and to put a punctuation mark on its opposition to Russia’s invasion of Ukraine, Starbucks is closing it’s 130 stores in Russia. The global coffee retailer joins a list of nearly 330 companies that have likewise pulled business from Russia, per Investopedia, March 10.

But at last check, none of these enterprises are dropping out of China.  Anyone who loves freedom and stands for human rights should wonder why.

Starbucks and those other hundreds of companies yanking business from the Russian Federation is well and good — Putin bad.  Russia’s invasion bad.  Check and check — but why aren’t they exiting the People’s Republic of China?  There isn’t a compelling moral case to be made that Xi Jinping’s regime is at least as reprehensible as Putin’s oligarchy?

The PRC is a documented ongoing, flagrant abuser of human rights.  Even Biden’s State Department says so.

From “U.S. State Department Report: Human Rights Violations Against Falun Gong and Other Groups in China,” via Falun Dafa, April 2, 2021:

The 79-page section on China mentioned forced organ harvesting: “…activists and some organizations continued to accuse the government of forcibly harvesting organs from prisoners of conscience, including religious and spiritual adherents such as Falun Gong practitioners and Muslim detainees [Uyghurs] in Xinjiang.”

You got that right, forced organ harvesting, which the communist Chinese have turned into a lucrative enterprise.

Some of the more than 1.5 million detainees in Chinese prison camps are being killed for their organs to serve a booming transplant trade that is worth some $1 billion a year, concluded the China Tribunal, an independent body tasked with investigating organ harvesting from prisoners of conscience in the authoritarian state.

Ask the Uyghurs and Falun Gong about the truth.  Both groups are the primary victims of this evil organ-harvesting scheme.  The day will come when witnesses of this gruesome practice give chilling testimony before international human rights tribunals.  Just like the illicit fentanyl trade that Xi’s China is neck-deep in, forced organ harvesting generates millions of dollars annually in revenues for the communist regime.

But why should Starbucks’ CEO Howard Schultz focus on so inconvenient a truth?  Going crosswise Xi might imperil Starbucks’ mainland China operations.  Can’t do that.

In addition to killing people for their organs, the communist Chinese are oppressors of liberty and democracy.  Ask brave Hongkongers about the communists snuffing out freedom and rights there.

After the pro-democracy protests began in 2019, Beijing made the national security law in 2020, which had crushed the dissent on the island territory. Hong Kong’s Churches, which used to be the space for discussing social issues, have now come under pressure.

According to 18 pastors and religious experts, Churches have been pushed into censoring themselves and also avoiding appointing the pastors which deemed to have political views, and at least one major church is restructuring itself in case the government freezes its assets, reported The Washington Post.

Speaking of invasions, or the potential thereof, what about Taiwan? 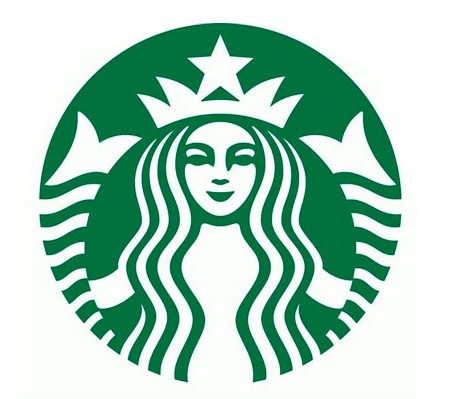 China’s Peoples Liberation Army [PLA] sent warships, bombers and fighter planes into the Taiwan strait after a visit by U.S. Senators to the independent island nation once a refuge for Mainland Chinese nationals led by Chiang Chai Shek fleeing the 1949 Maoist Revolution to the Island of Formosa.

PRC leaders, from Mao to Xi, have an oft-stated goal of conquering Taiwan.  It’s simply a matter of when and how it will be attempted.  It may happen sooner than later, Xi being an apex predator and addled Joe Biden being — well, not a warrior, but something akin to prey.  Biden is a wartime leader like Captain Kangaroo commanded a battleship in WWII.  Xi surely sees his window for conquering Taiwan during hapless Joe Biden’s term.  And you think Xi is the least bit intimidated by Kamala Harris?

Don’t the PRC’s widescale human rights abuses and its increasing belligerence toward Taiwan register with Howard Schultz and his crack team of affluent, mostly white progressives, all of whom, from the safety and comfort of their corporate suites in Antifa and BLM-trashed Seattle, love to be “down with causes?”

But here’s the real skinny.  Here’s why Starbucks is glad to exit Russia but not remove itself from the PRC.

Starbucks has only 130 stores in Russia, as mentioned.   Per statista, the international coffee chain operates a whopping 5,358 stores across mainland China.  Starbucks opened its first store there in 1999, meaning its averaged opening 233 every year for the past 23 years.  Expansion is ongoing.

Globally, Starbucks has 34,000 locations.  Whereas the Russian stores constitute a mere .004% of its worldwide total, the mainland China shops are nearly 16% of its universe.  Losing the Russian stores don’t even amount to a rounding error for Starbucks.  On the other hand, closing the PRC stores would be a sizeable hit to the company’s multibillions of dollars in revenues.

Don’t expect Schultz to explain the contradiction.  Don’t expect anyone in Corporate America to publicly discuss why doing business with Xi’s tyranny is good but Putin’s regime is bad.

And don’t expect corporate media to challenge big businesses raking in profits from their China ventures.  None will be expected to go on record as to why it’s okay to engage a Chinese regime that’s as increasingly despicable as the Soviet Union or National Socialist Germany.

As for Democrats and establishment Republicans pressing the case — nope, mum’s the word.  When was the last time Mitch McConnell pushed legislation sanctioning the PRC for its human rights abuses?  Ah, yes, McConnell’s wife’s family profits smartly from China trade.  Plenty of D.C. players are reaping handsome retainers lobbying for big businesses engaged in China.  Can’t turn off the money spigot, not for mere human rights’ abuses, murder, and oppression.

In years to come, as there’s a Holocaust Museum in D.C., so they’ll be a museum dedicated to the millions of victims of communist China’s tyranny, a tyranny started by the bloodthirsty Mao Zedong.  Future U.S. business leaders whose enterprises made fortunes off communist China will eagerly stroke generous checks underwriting the museum.  They’ll do so to try to expunge the taint clinging to their enterprises.  They’ll do so to try to ease their consciences.

But in that future time, we must remember that those businesses today are doing so, following the money.  Moral right and how their outfits enabled the Chinese Communist Party to create millions of victims never factored into their execs’ calculations.

We must never forget.