What the Democrats are doing to America is leading to its downfall but we can abandon apathy, yell “Stop,” and force sanity back into the system.

Leftists in the Biden administration have finally outrun their headlights and (again) exposed the failures of Marxism. What must we do to stop them now that we have that hard proof?

So, here’s a question for you: Where is the American anger at what is being done to us? Yes, done to us! There should be outrage. Yet, I only see people sheepishly wondering when the price of gas will come back down.

Joe Biden and the administration leftists again demonstrated that Marxist progressive socialism fails every time it is tried. In three key examples discussed below, it has taken just 15 months to glaringly show Marxism’s failure well beyond any logical defense.

Our leaders are not incompetent because incompetent people occasionally stumble into correct decisions. It isn’t possible to screw things up this badly, especially this quickly, if not on purpose.

Marxists must collapse our economy, our culture, the family, and our founding documents if America is to be taken out of the way and absorbed into their globalist end goal. Let’s look at the top three drivers (the fourth one being education reform, which is the only one with serious pushback, to date):

Donald Trump left us with production elasticity and as net exporters of energy. Biden deliberately blew it up because the administration fully supports the big lie that is the Climate Change/Green agenda. The Climate Change movement has nothing to do with saving the environment and has everything to do with the collapse of our economy and the rise of globalist domination once America is neutered.

Greens, to that end, use misguided and disproven arguments that fossil fuel use must be immediately curtailed to save the planet. Greens do not care if people starve or freeze, even though they have no workable replacement for our total energy needs. Greens block all nuclear power options, which would be a clean solution, further demonstrating that their goal is economic collapse and not climate.

Biden cut, and now refuses to expand, US energy production, yet he is trying to convince the Saudis to pump more oil to alleviate the crisis he created. Same difference. Leftists don’t seem to understand irony.

Andy Kessler wrote in his 2011 book Eat People, that productivity uses the most abundant and lowest cost components (raw materials, labor, energy) until that resource becomes scarce, or until a more efficient, less costly resource is available. We saw that in the replacement of iron with steel for railroad tracks a century ago, as a simple example that created parallel uses such as skyscrapers and the auto industry.

The Greens’ goal is to replace fossil fuels with wind, solar, and fairy dust. Unfortunately, the exorbitant cost of those technologies and their ability to provide only a partial replacement for fossil fuels gives Greens only one option. They must cause an immediate shortage in fossil fuels that forces prices to rise to the cost levels of their desired solution.

Solution: Return to Trump’s energy policies as they were on January 19, 2021, with a focus on reopening drilling and pipelines. Work to defeat once and for all the lie that is Climate Change. 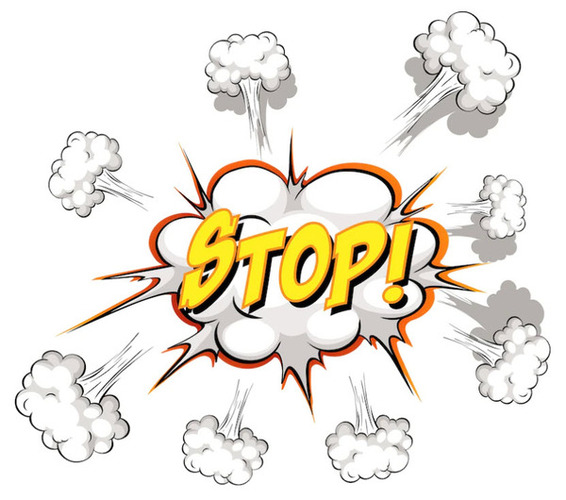 Open borders harm us in several ways. They damage the purpose of The Civil Rights Act of 1964 and subsequent legislation that, through set-asides and hiring quotas, aimed to alleviate a century of discrimination to help Black Americans rise in the economy more quickly and join the middle class.

The left replaced the term “African Americans” with “Persons of Color” to describe those entitled to benefit. This term greatly dilutes Black representation in those efforts and broadly means anyone “not White.” POC immigrants now take entry-level and blue-collar jobs, displacing the very African Americans who were intended to benefit from these programs.

We also face harm from an uncontained flood of people who don’t assimilate, including drug mules, child sex traffickers, and terrorists. Marxists use illegals as mere pawns to overwhelm the system, leading to decline, and adding to spending and inflation. It has nothing to do with compassion.

It is insane to permit this human flood to continue while we just talk about it. As a key part of the globalist plans, don’t expect Washington to stop it.

Solution: Insert 28,000 troops on the border and stop the flood immediately, while completing Trump’s wall.

Marxists use profligate spending as a tool to bankrupt economies, causing runaway inflation, severe devaluation of the currency, and system collapse. Cloward and Piven built on this concept. This leads to mass inflation which, when combined with energy shortages, produces empty shelves and no baby formula.

Solution: Stop the spending by demanding that your representatives adhere to a balanced budget. Reduce the administrative state by 25% within 12 months with more to follow. Support Congress members who will live up to their oath to defend the Constitution.

America is a trauma patient rapidly bleeding out. Triage nurses will tell you the first step is to stop the bleeding, then do surgery.

Main point: We cannot let these policies run for 3 more years or there will be no free America left. Why are we detachedly standing by as if watching a movie? Why let America collapse like this when the solution for those three issues isn’t that complicated? Where is the anger? Remember, politicians will respond to angry constituents, even as they ignore apathetic ones.

I am at the same point as William F. Buckley, Jr. on November 19, 1955, when he published the mission statement of National Review:

“ . . . if National Review is superfluous, it is so for very different reasons: It stands athwart history, yelling Stop, at a time when no one is inclined to do so, or to have much patience with those who so urge it.”

We need a massive landslide rebuke in November to get their attention. We also must start turning out of office all career socialists and RINOS and then replace them with conservatives who carry our voice and that of our founders.

Regarding the fourth driver of destruction (education), parents have shown us the way to fight. People from all walks of life and party affiliations got angry and banded together to take back our schools from leftist indoctrination in CRT and LGBTQ ideology. Americans must continue this model as we address and defeat the other issues listed here. It will take time and vigilance, but it can be done.

As together we “stand athwart history and yell STOP!” to this madness and this evil.

Lewis Dovland is the nom de guerre of a passionate observer of America’s future direction with a focus on exposing the “Big Picture” end goals of the progressive Marxist movement and how we can prevail. Email at [email protected].