The Supreme Court recently gave the cold shoulder to an American assaulted by a Border Patrol agent.

The Supreme Court recently gave the cold shoulder to an American assaulted by a Border Patrol agent. No matter what party or ideology you ascribe to, this should set off alarm bells.

Too often, conversations about U.S. border policy are swept up into culture war rhetoric and stick firmly to partisan lines. This pattern plays directly into the hands of bureaucrats who wish to centralize power, shred the Constitution, and build an apparatus that can ultimately inflict more harm on American citizens than on those attempting to cross the border. The recent Supreme Court 6-3 ruling in Egbert v. Boule is yet another example of this, as it strikes a blow to U.S. citizens seeking recourse when federal agents behave badly. While law enforcement officials deserve recognition for choosing a job that can put their life on the line, it is also true that the vast majority of Americans favor recourse for citizens wronged when those officials are negligent in their duties to protect and serve. Since it appears the high court may back those with a badge over American citizens for the foreseeable future, Boule should serve as a rallying cry for Americans to demand fundamental criminal justice reform as a hedge against law enforcement abusing its power.

Boule is the cautionary tale of Robert Boule, who owns a bed and breakfast in a small border town in Washington State who alleges a border patrol agent used excessive force on him. In fact, his aptly-named Smuggler’s Inn is adjacent to the Canadian border. Although it could be argued Mr. Boule engaged in ethically questionable practices leading up to the assault, the Supreme Court’s ruling on his case still indicates everyday Americans will be on the losing side of excessive force claims by federal agents.

For many years, Boule served as a confidential informant for ICE. An entrepreneur at heart, Boule profited from both illegal border-crossers and the federal government. His usual gambit involved accepting nonrefundable payment from illegal border-crossers for transportation to and from Canada, as well as for lodging at his inn. Then, he would report his patrons to U.S. Customs and Border Patrol (CBP)l agents, who would arrest them for crimes of migration and drug smuggling. For his amateur entrapment schemes, the government compensated Boule to the tune of $60,000 over several years.

In 2014, Boule informed CBP agent Erik Egbert that a Turkish national would be staying at his inn that night, but that he had already cleared U.S. customs. Later, Egbert drove unannounced to Boule’s inn in hopes of apprehending the foreigner. When Boule stepped off the porch and asked Egbert to leave, the federal agent grabbed Boule by the chest and forcibly shoved him up against his car. With Boule still posing no threat of violence, Egbert threw Boule to the ground, injuring Boule’s hip and shoulder badly enough that he’d later seek medical treatment. After all this, Egbert interrogated the Turkish national and confirmed what Boule had already told him: that he entered the U.S. lawfully and posed no credible security threat.

Boule filed a complaint with the CBP over Egbert’s behavior, and in response Egbert tipped off several government agencies about Boule’s illegal aiding of migration, including the IRS, who audited Boule and drew thousands of dollars in accounting fees. Although the CBP’s internal investigation determined that Egbert acted inappropriately, they declined to take punitive action against the agent or offer recourse for Boule. This prompted Boule to sue Egbert in federal court for violations of the 4th Amendment and the 1st Amendment (for Egbert’s retaliation). The district court ruled against recourse for Boule, which was reversed by the court of appeals, and was ultimately unreversed by the Supreme Court in a 6-3 ruling. 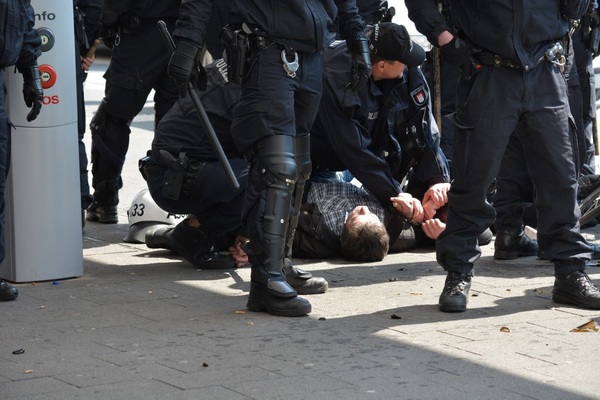 The Supreme Court’s majority opinion asserts that it is the responsibility of Congress, not the courts, to provide Americans opportunities for damage-seeking if federal agents behave badly. Since that option technically existed in the form of Boule filing a complaint to CBP, therefore, the court need not take action. Furthermore, Thomas asserts that the court should be hesitant to regulate matters of national security. In her dissenting opinion, Justice Sotomayor asserts that the it’s-not-the-court’s-responsibility argument is narrow-minded and contradicts prior precedent, and also that the national security argument is a considerable stretch given the facts of the case.

There are several key takeaways from Boule’s case. One is the lesson of “with (federal) friends like these, who needs enemies?” and serves as a cautionary tale for buddying up with government agents. Furthermore, we can anticipate Border Patrol agents to be emboldened by this decision and to test the limits of the Fourth Amendment. As referenced by Sotomayor in her dissent, this could be a real problem — and not just for border towns like El Paso and San Diego. CBP agents have the authority to make warrantless arrests and search vehicles up to 100 miles from a land or coastal border (nearly two in three Americans).

The most important takeaway is that, if this case is any indicator, the current makeup of the Supreme Court will not serve as a beacon for civil liberties or an adequate check and balance on the federal police state. Therefore, the burden falls on American citizens to pressure change in the legislature.

Here are three legislative actions that Americans should rally behind in light of Boule:

Movements that fight back against abuses by law enforcement can certainly become Trojan Horses for woke extremism that ultimately makes Americans less safe (see Chesa Boudin’s reign in San Francisco). That does not mean we should turn a blind eye to structural flaws that lead to miscarriages of justice, disregard of the Constitution, or acceptance that a select few get to be above the law. Boule should remind Americans that ultimately, The State versus You is a more threatening standoff than Red versus Blue, and that America is safest when the government is limited and the people are free.

Sean Themea serves as chief of staff for Young Americans for Liberty. A recovering progressive, Sean has been published in The Federalist and has appeared on Fox Business, Newsmax, The First TV, and OAN. He’s a Contributor for Young Voices.