But are Americans — and particularly Taiwanese-Americans — ready to buy what the party is selling?

Taiwan’s opposition party, the Chinese Nationalist Party (KMT), re-opened its representative office in Washington on June 8, 2022, in the midst of an eleven-day U.S. visit by the party’s chairman, Eric Chu.

Chu declared that his mission is to counter the “smear campaign” against his party.  In his speech at the Brookings Institution in Washington, Chu stressed that the KMT is not a “pro-China party”, as perceived in Taiwan.

Chu’s mission statement and the timing of the KMT’s reopening of its U.S. office are rather suspicious.

Since Taiwan’s first direct presidential election in 1996, the KMT lost 4 out of 7, including the latest two in a row.  The KMT’s loss in support in Taiwan is mainly due to its pro-China stance.

At one end of the KMT’s China-dealing spectrum is the all-out economic integration approach without political consideration.  This is advocated by Han Kuo-yu, the KMT’s populist nominee for the 2020 presidential election.  This approach risks Taiwan’s political independence by subjecting its economy to the control of China.

At the other end of the spectrum is the politics-only approach.  One of the KMT’s former chairs, Hung Hsiu-chu (March 2016 to July 2017), is the flag-bearer of this school.  Hung has been active promoting cross-strait political integration.  In her view, the two sides of the Taiwan Strait are destined for unification, by force if necessary, echoing China’s carrot-and-stick tactics.

Between the two extremes is the most consequential China policy, implemented between 2008 and 2016, when Ma Ying-jeou of the KMT was Taiwan’s president.  During that period, the ruling KMT adopted a “1992 consensus”–based China policy to maintain the cross-strait status quo through a “no unification, no independence, and no use of force” practice.  Because of this framework, China later suspended all cross-strait interactions with Taiwan on the ground that Ma’s successor, Tsai Ing-wen of the Democratic Progressive Party (DPP), did not accept the “1992 consensus” as a pre-condition.

The KMT’s China approach has put Taiwan in a disadvantaged position in dealing with China.  And Taiwanese people have taken note.

If the KMT genuinely wants to reverse its China-accommodating image, it needs to, at a minimum, distance itself from those who put China’s interest ahead of Taiwan’s.  Chu’s U.S. tour did not help much.

The century-old KMT traditionally enjoys a dominant influence over Taiwanese communities abroad.  Since the normalization of diplomatic relations between the U.S. and China in 1979, the political stance of Taiwanese Americans diverted to two identity recognition groups.  One holds the Taiwanese identity to the core, while the other supports unification with China.

This divergence unavoidably caused deep discord among Taiwanese-Americans.  The May 15 shooting in California highlighted the tension.

While it is difficult to pin down the driving force behind this change in identity recognition, given the active operations by China to promote its unification agenda and sow hatred among different groups, China is arguably the chief influencer, and the KMT is a willing collaborator.

Although Chu’s U.S. tour could be seen as an attempt to mobilize the party’s overseas supporters, Taiwan’s election data suggest that such efforts could be of little help.  Absentee voting is not allowed in Taiwan.  In the 2020 election, even though the number of Taiwanese who applied as overseas voters doubled as compared with that in 2016, it was still insignificant: 5,100 eligible overseas voters versus 20 million registered domestic voters.

Thus, mobilizing the KMT’s overseas supporters is no more than a minor detour from the top priority of Chu’s U.S. visit.

Chu offered help to the West during his U.S. visit to better understand China.

It is true that the West started only in recent years to realize how puzzling it had been while dealing with China.  When the world was in dire need of a better understanding of China, which had become a new member of the world trading community at the beginning of the new millennium, the ruling KMT closed its U.S. office in 2008 to foster a closer tie with the Chinese Communist Party (CCP).  The KMT’s China approach contributed to the integration of China’s economy into that of the world.

Today, a decade later, the world wakes up as a hostage of a global supply chain dominated by China.  As the West prepares for decoupling from China, the KMT shows up to offer its China-appeasing manual.

Chu even made a sentimental appeal to his audience at the Brookings: “Taiwan can have democracy.  Why not China someday?”

But Chu seemed to have missed a fundamental point.  China is still a totalitarian state today not because it cannot find a path to democracy.  On the contrary, China knows exactly where the path is but strong-handedly blocks off its access.  During the height of the 1989 democratic movement in China, one of the CCP’s top leaders, Chen Yun, famously declared: “If we give in, our socialist Republic … would become a Republic of capitalism.”  The subsequent Tiananmen massacre, repression of the Tibetans and Uyghurs, and Hong Kong’s loss of the promised autonomous status have all underscored unequivocally what Communist China is determined to do and not to do.

The KMT does indeed have a better understanding of China than the rest of the world does.  After all, all four prominent figures of the KMT mentioned above have been highly praised by China for promoting cross-strait integration.  But their advice is not what the West needs today, after China has made itself a main adversary of the free world.

The only beneficiary of the KMT’s selling of its China manual to the West, if successful, is China, which would gain time to become an even more formidable threat to the world.

The KMT is on a suicidal mission to save its old rival, the CCP.  The targets of the KMT’s operation need to be on high alert. 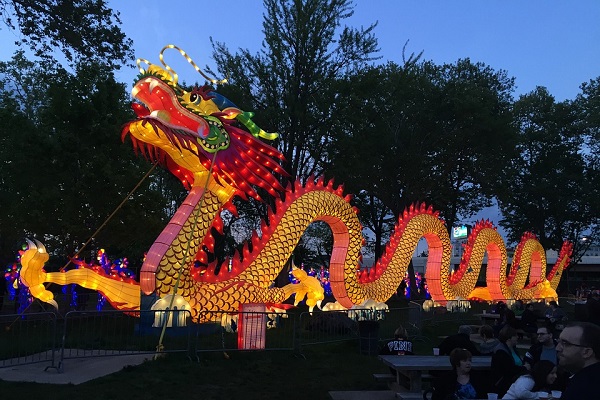