It's really past the time that people recognize that the elite capture, influence, and control from Chinese communists and that of the clubby cult of Klaus Schwab and the WEF are two fronts of the same irregular war.

For decades Klaus Schwab’s World Economic Forum (WEF) has been recruiting and cultivating corporate and political leaders from all over the world to embrace a vision and plan for a complete social, political, and economic transformation — a “Great Reset” — which is nothing short of a communist “New World Order.” This plan calls for the end of sovereign states; the end of private property and the remaking of the economy based on environmental, social, and governance rankings; the replacement of oil and gas with so-called green and sustainable sources of energy; the transformation of agricultural production; the replacement of traditional money with social credit score-linked digital currency; and the requirement of universal health passports — to name some key WEF objectives.

After the G20 meeting in Indonesia on November 15-16, 2022, WEF chairman Klaus Schwab broadcast on CGTN TV that “the Chinese model is certainly a very attractive model…” For Schwab, China is the model because the totality of its social controls is what is needed to facilitate the Great Reset. So, let’s recap the main elements of the Chinese model and then examine the correlation to the WEF program.

China is a one-party state ruled by the Chinese Communist Party (CCP), which now has the distinction, along with North Korea, of having the most complete totalitarian control over its people of any state in all human history. The CCP has now accomplished:

The China model has also embraced a “zero-COVID” policy, wherein citizens have been put under virtual house arrest for months, making it impossible to even go out to buy food — all for the cause of achieving zero COVID cases. The world just got a glimpse of the powder keg that is China when the simmering grievances against this draconian zero-COVID policy erupted in unprecedented street protests all over the country on November 25, 2022, after ten people burned alive in a high-rise apartment in the city of Urumqui. These deaths were the direct result of government’s policy of enforced quarantines that that included welding apartment doors shut to prevent escape.

Diverse countries from Canada, Holland, and Germany to Australia, New Zealand, and Sri Lanka have all experienced severe injury from policies implemented by political leaders groomed by Schwab and his Young Global Leaders program.

In Canada, it is well known that Prime Minster Justin Trudeau is one of Schwab’s most favored young leaders. In 2017 Schwab had a reception for Justin Trudeau, in which he said, “we penetrate the cabinets… and I know that half his cabinet are actually [WEF] Young Global Leaders.”

Canadian policies appear to have come right out of the WEF playbook. Obsessed with climate change and the achievement of zero emissions, Trudeau has imposed a carbon tax, and ordered farmers to reduce fertilizers by 30% use by 2030. Trudeau also signed the Known Traveler Digital ID program — a WEF initiative — without the Canadian people’s consent. Trudeau’s Deputy Prime Minister and Minister of Finance, Chrystia Freeland, is all in, co-chairing a WEF Zoom meeting in December 2020 to convey that goals after the pandemic should revolve around restructuring society, canceling oil and gas development, and censoring the internet. In 2022 Freeland was in lockstep with the WEF during the Canadian trucker’s protest, when she shut down the corporate and personal bank accounts of truckers and donors to the trucker protest. 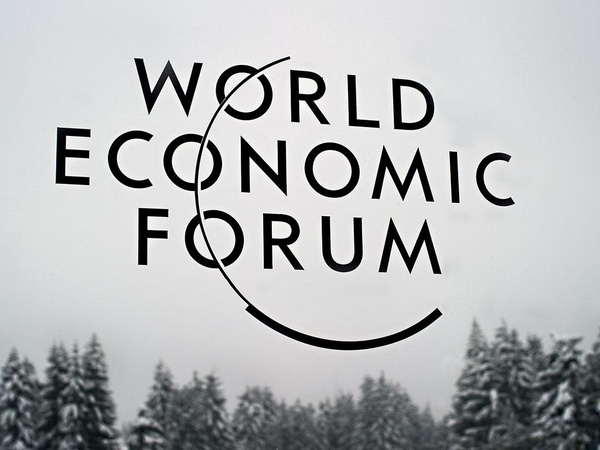 In Germany, Angela Merkel was recognized as a leader by Schwab in the late 1990s and remained prominent within the WEF during her 16-year stint as chancellor of Germany. In 2011 she upended Germany’s energy makeup, shuttering coal power plants (supplying 50% of Germany’s power), phasing out nuclear power plants (supplying 23%), and accelerating wind and solar renewable energy. As a result, today Germany faces the self-inflicted disaster of unprecedented energy shortages and dramatic price increases, causing Germany’s two largest steel manufacturers to close operations, along with the closure of paper and glass manufacturers. Now Germany’s showcase automotive industry is at risk.

In the Netherlands, Prime Minster Mark Rutte was recognized as a promising global leader by Schwab by about 2017 — when Rutte was entering his third term. In 2020 he was chosen to host the flagship event of WEF’s Food Action Alliance called the European Food Innovation Hub. The following year WEF’s European Food Hub project was funded by the Dutch government and established in Wageningen, the Netherlands.

In June 2022, Rutte’s ruling coalition announced the requirement for Holland to cut emissions of pollutants — predominantly fertilizers made up of nitrogen oxide and ammonia — by 50% by 2030.  When it was learned that would require dramatic livestock reduction and the closing of thousands of farms, Dutch farmers took to the streets like Canadian truckers, only in their tractors, shutting down commerce and traffic on highways for months. Unfazed by these disruptive protests, the Rutte government has pushed ahead, and announced it will buy out, and seize, if necessary, some 3000 farms.

Why should this happen in Holland, the number two exporter (after the U.S.) of agricultural products in the world? One Dutch legislator who filed a  FOI request for correspondence between Dutch Government officials and Schwab between 2016 and 2021 thinks that evidence shows that Holland’s priorities and policies shifted and became aligned with WEF’s initiative to “transform the way food is produced, supplied and consumed.”

On the other side of the world, Schwab and the WEF have made major inroads with the ruling class in both Australia and New Zealand.

The record and content of email between Australian prime minister Scott Morrison and Schwab from 2018-2022 obtained by a Freedom of Information filing with the Australian government suggests that Morrison is acting as a proxy to WEF’s “Great Reset.”  Morrison admits, “Australia… sees close alignment between the WEF and Australia’s trade and investment policy priorities…”

Jacinda Ardern, the present prime minister of New Zealand was first elected MP in 2008 when she was twenty-eight, the same year she was elected to be the president of the International Union of Socialist Youth, a role which also took her on a China visit. She was first chosen for the WEF Young Global Leaders program in 2014. In her first term as prime minister, Ardern was faced with making leadership decisions as COVID-19 arrived in New Zealand in late February 2020. Her draconian lockdown policies were among the most severe among nations — so much so that some charged her with purposely trying to see just how much control a “democracy” could hold over the people. In November 2020 correspondence to Arden, Schwab wrote, “The Forum will work closely with your office to ensure… the ensuing Great Reset process are of maximum value to your country and its role in shaping the post-Covid-19 world.”

Sri Lanka, a lush country of rice paddies and banana plantations, was in the news last July when its president, Gotabaya Rajapaska, fled the country after riots erupted over inflation, shortages of food, power blackouts, and government bankruptcy. It turns out that Rajapaska was the fall guy, for he left Sri Lanka in the hands of the prime minister, Ranil Wickremesinghe, the devoted “Member and Agenda Coordinator for WEF,” who was the chief architect of the green energy transition that had brought on the collapse after banning nitrogen-based fertilizers and curtailing fossil fuel use in Sri Lanka.

The average Sri Lankan was clueless, but the government under Wickremesinghe didn’t miss a beat amid the crisis, implementing a nationwide QR code digital ID to facilitate a national fuel rationing scheme. All of this would be considered unbelievable fiction for a country whose long history never included a food crisis or shortage, if so many Sri Lankan people’s lives weren’t in fact devastated and destroyed by misguided policies from WEF elites.

It’s really past the time that people recognize that the elite capture, influence, and control from Chinese communists and that of the clubby cult of Klaus Schwab and the WEF are two fronts of the same irregular war. If they are not rejected and stopped freedom will be lost.

Scott Powell is a member of the Committee on the Present Danger-China and senior fellow at Discovery Institute. His latest acclaimed book, Rediscovering America, has been a #1 new release in history for eight straight weeks at Amazon. Reach him at [email protected]