If Roberts votes to protect Roe, or if any of the conservative justices change their vote, the Supreme Court is dead as a civic institution.

The Court Must Hold the Line – American Thinker<!—->

As we all found out Monday night, Politico published the leaked opinion of Supreme Court justice Samuel Alito in Dobbs v Jackson Women’s Health, which suggested that the Supreme Court will soon release a ruling overturning Roe v Wade, and give the power to legislate abortion back to the states.  Senator Josh Hawley stated out loud what everybody living between Venus and Mars understands perfectly well, that this leak was “clearly meant to intimidate” the members of the court from overturning Roe.

The result was predictable, almost boringly so.  Pelosi and Schumer released a statement bleating that the Republican Party has “devolved” into the “party of Trump”…as if there wasn’t a massive pro-life movement before Trump, and as if Trump weren’t vocally pro-choice for most of his life.  To prove Hawley’s point, the threats of violence were soon to follow.  Vox activist Ian Millhiser wrote, “Let’s burn this place down” (and by “let’s”, he means somebody other than he should incriminate themselves).  Crowds gathered outside the Supreme Court to denounce “fascist scum,” a term they couldn’t even begin to define and which better reflects their own ideology rather than that of their perceived enemies.

Who leaked to document?  It could have been a narcissistic clerk who felt his personal feelings supersede representative government.  It could have been a wise Latina.  Regardless, those on the right who snort that whoever did this has just flushed their legal career down the toilet haven’t considered the Vindmanesque treatment already being gushed upon this “brave” leaker.  The loss of a legal career in the anonymous bowels of the Washington swamp machinery pales in comparison to the forthcoming hero’s welcome they’ll receive on the shoulders of the Left in the form of interviews, speaking engagements, book deals, movie rights, and MSNBC gigs.

The ever-luminous Chris Hayes at MSNBC wonders if the leaker might not be a conservative.  He laments he has no evidence to support this but, hey, don’t let that stop a good conspiracy theory.  Any other co-conspirators we can indict?  Trump, perhaps?  Halliburton?  The Jews?  Who knows if the “leak” itself is even accurate, and isn’t just Russian disinformation?

But getting back to the adult table, Roberts has three options he should immediately pursue: 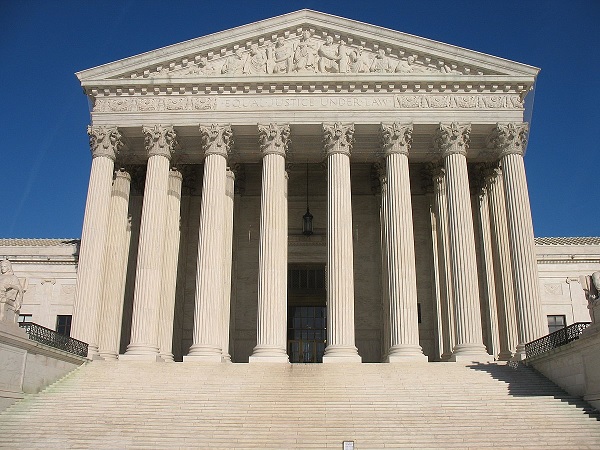 If Roberts votes to protect Roe (or if any of the conservative justices change their vote), it will rightly be seen as an attempt to stave off violence and insurrection.  And once they do this, the Supreme Court is dead as a civic institution.  The leaker, whoever he or she or zhe may be, will have overridden our entire legal and electoral process by harnessing the power of the unaccountable mob, for whom such quaint notions of legal process are already meaningless.

The purpose of the Court is to interpret the constitutionality of laws, not to engineer the behavior of the citizenry in reaction to their rulings.  The Left already disdains the Court for not rubber stamping their pet issues, so there is no sense in the justices placating them by changing their votes.  The only signal this will convey is that mob violence, or just the mere threat of mob violence, will be enough to get the Court to fall in line with the Leftist agenda.

Independents, moderates, and conservatives (and, to be fair, old-school liberals) respect the Court insofar as it continues to act as an impartial umpire, despite how they personally feel about individual rulings.  One notices that rulings deeply unpopular with the right, such as Obergefell v Hodges, NFIB v Sebelius, or even Roe v Wade, were not met with demands to pack the court and end the filibuster, much less for street violence.

Roberts has defended the inviolability of the Court before.  In response to Senator Chuck Schumer’s unveiled threats against Justices Kavanaugh and Gorsuch, Roberts affirmed, “All members of the Court will continue to do their job, without fear or favor, from whatever quarter.”  A vote by Roberts to help overturn Roe would prove that he meant what he said.

Like many conservatives, I am highly skeptical of Roberts mustering the courage to do so.  In 2012, he invented an Obamacare “tax” out of thin air in order to justify his vote upholding the ACA.  In response, he was fawned and swooned over by the media, who took their cue and rolled out for him the red carpet to the cocktail parties.  They’ve spent the proceeding interval carefully cultivating his image as the “mainstream” justice ready to put a sensible brake on the KKK wing of the Court.  When the Court issues decisions the Left doesn’t like, it bemoans that Roberts has “lost control” of the institution.  For the most part, Roberts has behaved obediently to such prompts, and the martinis keep flowing.

But a decade later, after the Kavanaugh show trial, after the inane calls for Thomas’s recusal, after Breyer’s forced retirement, and after incidents such as the physical intimidation of Judge Regina Chu by activist thugs, even Roberts cannot be so obtuse as to not understand that mob violence is now the legislative mechanism of the Left.  If the preservation of the Court’s integrity is his prerogative, then his vote should be an easy choice.  If he votes to overturn Roe, the shrieking maniacs will behave like shrieking maniacs are expected to behave, but the overlying message will be clear: the Roberts Court will not be intimidated in its decision-making, and to prove it, I’m voting to overturn Roe in solidarity with my fellow justices.  But if he votes to uphold Roe, he will have thrown red meat to the baying horde, he will have thrown his justices under the bus, and he should prepare himself and his sacrosanct impartiality for this type of behavior whenever a controversial decision is in the works.

Now more than ever, the Court’s serious justices need to hold the line.