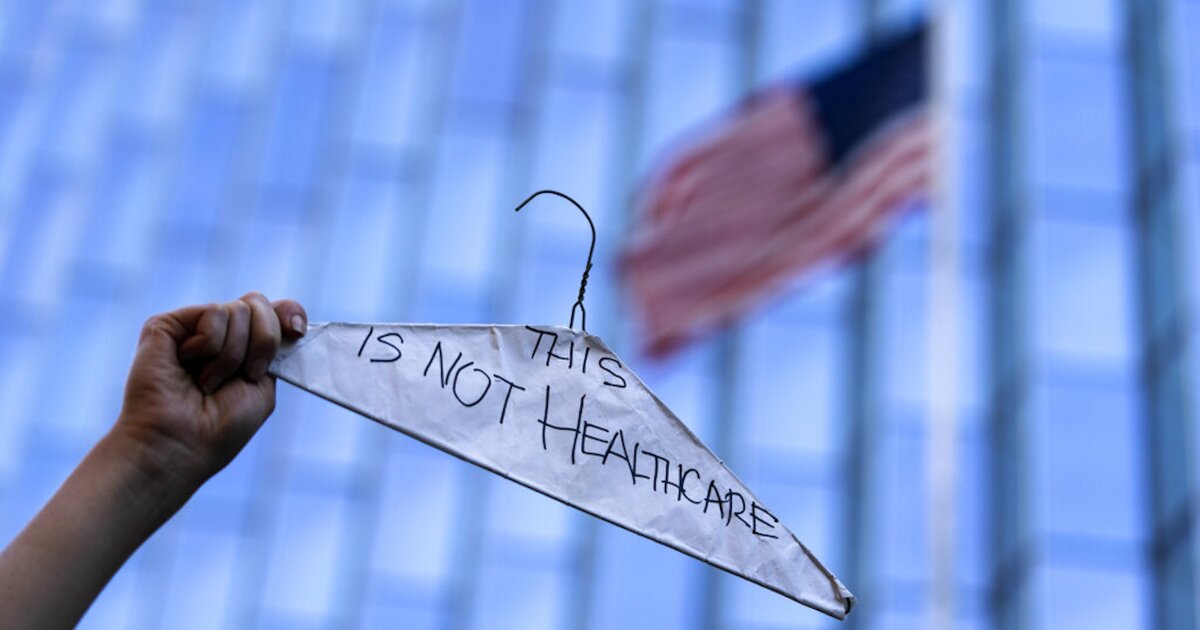 Courts high and low continue to frustrate President Joe Biden and the White House, with Friday's Dobbs v. Jackson Women's Health Organization ruling just the latest in a long line of setbacks, which could continue with the conservative Supreme Court flexing its power.

Courts high and low continue to frustrate President Joe Biden and the White House, with Friday’s Dobbsv. Jackson Women’s Health Organization ruling just the latest in a long line of setbacks, which could continue with the conservative Supreme Court flexing its power.

Biden expressed shock and anger at the overturning of Roe v. Wade in comments made early Friday afternoon.

“It just stuns me,” Biden said, calling the decision “a sad day for the court and the country.”

But the president has experienced many frustrations with courts going back to the beginning of his administration.

A federal judge temporarily barred the White House from ending the migration health policy known as Title 42 in April, which came on the heels of a Florida-based judge overturning the federal mask mandate. Before that, the Supreme Court blocked the Centers for Disease Control and Prevention’s eviction moratorium in August 2021, then struck down the federal vaccine mandate for private businesses in January.

On Friday, the same day the Supreme Court’s abortion was handed down, another federal court paused the Biden administration’s ban on Juul vapes.

The next big setback could involve the Homeland Security Department, which is facing lawsuits from two different groups regarding its investigation into mounted border agents accused of whipping Haitian immigrants last September.

A new and aggressive legal arm of the Heritage Foundation is demanding that DHS cough up long-hidden details of the investigation, filing a Freedom of Information Act lawsuit in the U.S. District Court for the District of Columbia for “all documents related to the Department of Homeland Security’s politicized investigation into mounted Border Patrol agents near Del Rio, Texas.”

Similarly, the National Police Association filed its own Freedom of Information Act lawsuit against DHS and its U.S. Customs and Border Protection agency for failing to respond to a February request for all records regarding CBP’s investigation into the incident.

Losing the case could pile on more embarrassment for Biden, particularly at the southern border, which conservatives have long held is a major failure for his administration. The “whipping” incident attracted much media attention when it happened, with administration officials quickly denouncing the border agents’ actions.

But in the months since, as the investigation dragged on, those still paying attention have largely taken a different tone. The top Border Patrol officials from the Bush, Obama, and Trump administrations are warning the Biden administration against disciplining agents. A court ruling against Biden could shine new light on the situation, possibly in a way that hurts his administration.

Beyond that, Biden’s future executive actions, or even the bipartisan gun legislation set to appear on his desk next week, could invite scrutiny from the Supreme Court.

Such sparring between the executive and judicial branches is a normal functioning of the U.S. government, Brookings Institution senior fellow John Hudak previously told the Washington Examiner.

“Courts do this to presidents and they play an important role in checking presidential power when it edges beyond his constitutional, statutory, or regulatory powers,” Hudak said when the federal mask mandate was overturned. “In that sense, while President Donald Trump was frustrated by courts at different moments in his presidency, that is something that is true of every president. This is a normal part of the constitutional order in this country.”

But with the Supreme Court now dominated by conservatives and losing confidence with the voting public, that relationship could become more hostile. Twenty-five percent of citizens surveyed in a recent Gallup poll said they have a “great deal” or “quite a lot” of trust in the court, down 11% in a single year.

“Especially after Dobbs, I think it’s worth keeping an eye on whether the administration takes a more overtly hostile stance toward the Supreme Court,” said American Enterprise Institute senior fellow Philip Wallach. “There are quite a lot of ways they can try to push back on the effects of the court’s rulings, as the DOJ’s statement in response to [New York State Rifle & Pistol Association, Inc. v.] Bruen suggests. But there is always the possibility that they could move toward outright defiance.”

While judicial review has been accepted for many decades now, Wallach added that it is hardly a constant throughout U.S. history and that there are plenty of ways for a determined executive to take on the judiciary.

The conservative majority on the nation’s highest court is expected to last for years if not decades, setting up future showdowns with Democratic presidents and legislators.

Already, Justice Clarence Thomas wrote in a concurring opinion in Friday’s Dobbs ruling that the court should “correct the error” of rulings that protect same-sex marriage, something Democrats repeatedly warned about after a draft of the ruling was leaked in May.

Biden alluded to those concerns during his Friday remarks, saying that overturning the 1973 Roe decision would have repercussions for other privacy rulings and arguing that the law serves as a basis “for so many more rights that we’ve come to take for granted.”

The president is set to score a major legislative victory in the coming days with the gun legislation, the most substantial firearm reforms in more than 25 years. Democrats may be left to wonder if even this victory could fall at the hands of the court.

In response, Biden largely called on voters to weigh in, saying the Dobbs decision itself is on the November ballot.

“We need to restore the protections of Roe as law of the land. We need to elect officials who will do that,” he said. “This fall, Roe is on the ballot. Personal freedoms are on the ballot. The right to privacy, liberty, equality — they’re all on the ballot.”