This is an election year, and the Democrats couldn't resist an opportunity to blame foreigners for our economic problems.

The Democrat Party Finds a Scapegoat at the Seaport – American Thinker<!—->

In a lesson for the ages about political grandstanding, Rep. John Garamendi said, “Nine multinational ocean shipping companies formed three consortiums to raise prices on American businesses and consumers by over 1,000% on goods coming from Asia,” as he and other members of the Swamp proudly passed the Ocean Shipping Reform Act of 2022, which former NIT-League president Ed Emmett has rightly called “a cure that’s worse than the disease.”

Never mind that the containership lines have actually operated these alliances, known as Vessel Sharing Agreements, for over a generation, strictly for the benefit of the consumer. The accusatory term of “consortium” is utterly unfounded.

Never mind that, in boom times and recessions alike, the containership lines have been delivering most of their services to American businesses – especially exporters – at a massive financial loss, with the government’s blessing and with the market’s appreciation, until the past two years.

But now that “supply chain disruption” is on the tip of everyone’s tongue, the nation’s politicians looked around for someone to blame, and predictably – with the Blamer-in-Chief’s blessing, of course – settled on the largely foreign-based shipping lines as the target du jour.

In the interest of transportation efficiency, for the benefit of shippers (importers and exporters), we have granted containership lines a degree of antitrust immunity for generations. This allows the container lines to take full advantage of the flexibility of the easy transferability of generic shipping containers, sharing ships and rail lines, so they could offer stable, dependable weekly service in thousands of port-paired shipping lanes across the globe.

This was done for the market’s benefit, not for the lines’.

Politicians and economists talk about the trade deficit all the time. In sheer dollars, we (the USA) import more than we export. What they don’t talk about, however, is that the imbalance is not modally even.  That means… we may import far more from one country than from another, export far more to one country than to another. And what we export takes up much different volumes, in different directions, in different shipping equipment.

In order for a container line to get any business – in order for them to make any sales at all – they have to have an empty container wherever a potential customer has cargo to load in it.

And so, for as long as containerization has been around, the lines have had to move empty equipment all over the world at a loss, in order to have these boxes where they were needed for the next load.

The lines therefore ship most containers westbound for free, yes, at a total loss, and when they do find that precious export freight to move, they charge exporters half as much as they charge importers for the same distance, just because it’s so welcome to have a paying export load, even at a loss, in comparison to the other three unpaid empties moving along with it.

In my fifty years in international trade, I’ve never seen an American exporter complain about the fact that the shipping line was selling it to him at a loss, or that his export price was half the price of his neighbor the importer.  We just said “that’s life” and went on with our day.

So it is that, for generations, American exporters have been the beneficiaries of this imbalance, courted by the steamship lines for helping reduce the crippling cost of repositioning empties across the globe to handle our huge import demand.

All of a sudden, in 2020, for literally the first time in our lives, exporters have suffered, as the need for imports grew to such an extent that the lines often couldn’t wait for export cargo, and found it was more important to move empties to Asia for free than to wait the additional weeks that a paying export load would require.

One naturally assumes that our export volume helps American manufacturing, and our import volume does not, but even that is a false assumption, because our American factories are so desperate for the Asian components sitting on those ships.  Our assembly lines are idled every day they wait for those imports.

Now, whose fault is that?

You can say it’s the fault of American manufacturers, distributors, and consumers, for wanting to buy too much from Asia.  It’s certainly not the fault of the steamship lines.

Now for the next problem. For generations, the steamship lines have consistently built bigger ships and invested in bigger container fleets, to handle this steadily growing volume. Did America’s seaports and railroads grow simultaneously?

Federally regulated railroads – and locally and state managed ports – grew terribly slowly, falling ever behind the curve, unable to handle the volume surges of recent years.  The seaports and the big rail hubs like Chicago became bottlenecks, where ships and thousands upon thousands of containers are now stuck for as much as a month at a time, causing seafreight transit times to triple or even quadruple since 2020.

If you own or lease a car, minivan, or SUV, you know that your monthly payment doesn’t change at all with your driving habits; you still have to make those payments whether you have a hundred trips a month or just a dozen.

Similarly, as their container transit times have tripled and quadrupled, meaning that each container can make only a third or a fourth as many moves per year, the carriers have had to triple and quadruple their prices too, not to intentionally “gouge” anyone, but just because they have to make each move pay that much more, to cover the static leases on their fleets.

Whose fault is it that transit times have tripled as ports and railyards have become clogged bottlenecks?

Well, the unions, first, for refusing automation for decades. Local communities, for refusing growth and expanded hours. Local and state port authorities, for sluggishly sticking with the status quo and missing the growth signals from the shipping lines, as ships grew to meet the needs of the market. State legislatures, especially in California, for a recent war against trucks and truckers that has insanely banned most draymen from the critical job of moving containers out of the ports.

And the American business and individual consumer, for continuing to want so much from Asia, because our federal, state, and local governments have engaged in a war against domestic manufacturing, with only periodic respites, for generations now.

Yes, a lot of us are suffering right now.  Importers can’t get space for the components we need to do American manufacturing.  But importers are used to this kind of suffering. It happens every fall.

This is the first time ever that exporters have suffered this way.

Politicians of the Left seized on the opportunity. You can just see the wheels turning in their heads: “Nobody understands any of this anyway, let’s make the container lines the scapegoats! They’re all foreigners!”

So, the Democrats passed OSRA 2022, which holds the container lines responsible for high freight rates, seaport bottlenecks, railhub congestion, long transit times, empty store shelves and idled assembly lines, when in fact, of all the actors involved, the steamship lines are virtually the only ones that have behaved in good faith all along.

This isn’t to say that the lines are saints. Nobody’s perfect; we’re all human.  But this political railroading of the container industry is the most outrageous example of unfair blame-shifting as I’ve ever seen, even from the DC swamp.

OSRA 2022 will set up new bureaucracies, new star chambers, new investigations, and new opportunities to fine companies for things that simply aren’t their fault.  It will employ lots of lawyers and bureaucrats. It won’t solve a single thing, but it will make a lot of things worse.

But this is an election year, and the Democrats couldn’t resist an opportunity to blame foreigners for our economic problems.

And as for expanding our seaports and rail hubs, and correcting our tax and regulatory environment so that American manufacturing can return and grow independent of Asia at last?

Well, now.  That sort of thing will have to wait for a future administration.

John F. Di Leo is a Chicagoland-based international transportation professional.  A one-time Milwaukee County Republican Party chairman, he has been writing a regular column for Illinois Review since 2009. His book on vote fraud (The Tales of Little Pavel) and his political satires on the current administration (Evening Soup with Basement Joe, Volumes I and II) are available on Amazon. 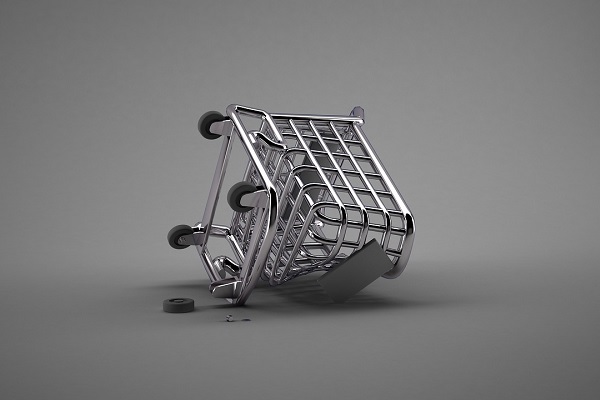