Democrats seem unable or unwilling to learn that We No Longer Trust Them.

In 1955, Pete Seeger released the iconic song, “Where Have All the Flowers Gone?,” which railed against the Vietnam War.  A line frequently reprised in the song resonates with today’s Democrat party: “When will they ever learn?”

Progressive Democrats are currently in positions of authority in the White House, halls of Congress, federal agencies, school systems, large corporations, and the legacy media.  Using a fabricated COVID crisis as a bludgeon, progressives justified an unconstitutional power-grab with statements we know were and are lies.  Nonetheless, they expect Americans to continue accepting their anti-scientific advisories, coercive activities, and unlawful orders (mandates) meekly, even gratefully.  After all, that is what happened in 2021.

Democrats seem unable or unwilling to learn that We No Longer Trust Them.  The public has learned that they are flimflam con artists.  What have Democrats learned?  Apparently, nothing.

A recently reported action by the CDC exemplifies Democrat failure to learn.  The CDC is the ex-trustworthy agency that falsified COVID data; altered its definitions, predictions, and pandemic metrics; and issued contradictory, non-medical recommendations.

“When will they ever learn” — the CDC, that is — that their behavior destroyed their credibility with the public?  Evidently never, as now the CDC wants to create a permanent crisis response to COVID wherever it might be detected, with a return to masking and lockdowns.  Americans have learned, but, apparently, the CDC has not: “fool me once, shame on you; fool me twice, shame on me.”

The Biden administration promised that its approach to COVID “followed the science,” “would flatten the curve,” would “stop this virus in two weeks,” and that lockdowns would be necessary for four to six weeks.  The president admonished Americans that it was their civic duty to get vaccinated, assuring the public that mRNA vaccines were safe, were fully protective, and would end the pandemic.

Americans have learned by painful, personal experience that every Biden pronouncement and each promise were false.  Yet he still thinks we will obey his mandates.  When will he ever learn?

The essence of science is the study of opposing ideas and approaches; objective, apolitical analysis; and, most important, open discussion of competing concepts or data.  The antithesis of science is groupthink, a predetermined outcome, enforced orthodoxy, and suppression of divergent reports and alternate recommendations.  When recently retired NIH director Francis Collins viciously and anti-scientifically ordered NIAID director Anthony Fauci to accomplish a “quick and devastating published take-down” of the Great Barrington Declaration, he killed public trust in the National Institutes of Health and the entire Washington medical establishment.

What did Collins, another progressive Democrat, learn from this experience?  To get out before he could be investigated for his improper emails or for receiving secret “royalty” payments from pharmaceutical companies.

Though CNN claims to be non-partisan, its talking heads are unapologetic advocates for the progressive movement, reporting obvious falsehoods as “facts.”  Americans don’t like liars, especially when they control the airwaves. As a result of eschewing objective, honest, factual reporting, CNN lost 90 percent of its viewership.  When will CNN ever learn to deliver what the public wants: accurate, unbiased, unspun information?

Inability or unwillingness to learn may appear to be progressives’ problem.  Looks can be deceiving.  Democrats claim they want social justice, equality of outcomes, and to save the planet from man-made climate catastrophe.  Yet their actions exacerbate racial tensions, increase poverty, and pollute the environment.  Rather than failure to learn, an alternative explanation for Democrats’ continuation of failed policies is their stated goals are not their true goals.

Politicians everywhere and their bureaucrat henchmen all want the same thing: to keep and expand their power.  This is especially true of progressive socialists, since their ideology demands central control and restriction of individual freedom.  Democrat strategies, mandates, and “tyranny by proxy” are all focused on satisfying the radical wing of the Democrat party while trying to maintain support of the party’s moderate base.

When Democrats gained total control of Washington in 2021, they inherited energy independence, gasoline at $1.90/gallon, record job growth in all demographic groups, and the ability to supply our European allies with gasoline and natural gas.  Immediately after his inauguration, Biden suppressed domestic energy production and canceled the Keystone pipeline, returning the U.S. to energy dependence.  He eliminated tens of thousands of American jobs and created the present inflationary spiral, with gas now costing more than $5/gallon.  By green-lighting the Nord Stream pipeline from Russia to Germany and stifling our own energy production, Biden made western Europe dependent on Putin for energy.  This provided Putin with the money needed to prosecute the war in Ukraine.

How can one explain a U.S. president who knowingly harms the nation he serves and who doesn’t learn from his multiple mistakes?  Uncertain, but one thing is certain.

Deane Waldman, M.D., MBA is professor emeritus of pediatrics, pathology, and decision science; former director of the Center for Healthcare Policy at Texas Public Policy Foundation; and author of the multi-award-winning book Curing the Cancer in U.S. Healthcare: StatesCare and Market-Based Medicine. 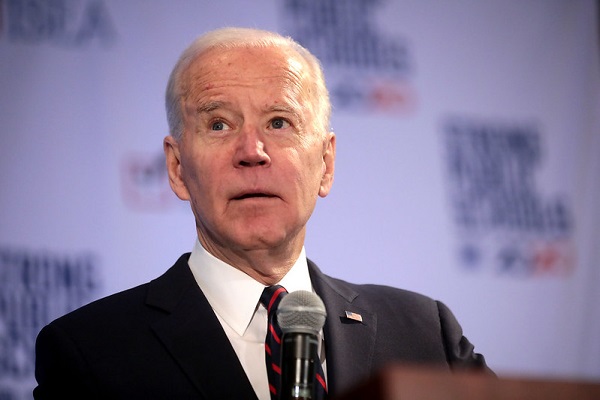