The Florida Legislatures's "fatherhood bill" can do nothing for either fatherhood or the family. Considering where it came from, it will only harm both.

The Divorce Monster Has Its Claws in Both Parties – American Thinker<!—->

The “fatherhood bill” of Florida governor Ron DeSantis is predictably attacked by the radical left.  This is because the left is clever and the right is foolish.  That is why the left is in power.  Leftists attack even their own policies in order to skew the public agenda ever farther left.  The right defends anything the left attacks, however misguided or counter-productive (or even leftist).

DeSantis has impeccable credentials as a defiant conservative.  The fact that even he was hoodwinked demonstrates how conservatives are outmaneuvered on many issues, but especially the family.  The bill exemplifies how Republicans are routinely fooled into enacting Democrats’ measures.  In fact, it lays the groundwork for understanding how they invited the extreme left to seize control of the U.S. government two years ago.

The bill can do nothing for either fatherhood or the family.  It is modeled on useless programs devised by the Clinton administration based on the distorted research of liberal house intellectuals like David Popenoe and especially David Blankenhorn and his federally funded Institute for American Values.  Blankenhorn describes himself as a liberal Democrat.  His background is in Saul Alinsky community organizing (quasi-communism).  Yet for years he dominated family advocacy groups like the Family Research Council and Heritage Foundation before endorsing the redefinition of marriage.

These programs did not and could not ameliorate the fatherhood crisis.  Later rebranded as “promoting marriage” by the Bush administration, they proved equally ineffective and even counterproductive.  Several conservative politicos were implicated in financial scandals involving federal funds.

The bill defies common sense.  How does government “promote fatherhood” and “encourage good fathering” (or later, “promote marriage”)?  The programs distribute government largesse to psychotherapists, most of whom are hostile to both fathers and marriage and keen to “redefine” both out of existence.  Anyone who trusts “parenting education” (Sect. 5[1][d]5) from professional therapists and social workers to be anything other than ideological indoctrination is ignorant of what happened under Clinton and Bush.  (Programs also inculcated “relationship skills” and “child behavior management.”)

But the larger purpose was and is to deputize private groups with lucrative grants to collect child support — a program predicated not on children having fathers, but on children being separated from their fathers, often forcibly.

Should nonprofit groups, including “faith-based” organizations, really be recruited as agents of federal law enforcement?

If this is worthy, why is it being disguised?  In fact, child support enforcement has repeatedly been exposed as a dishonest and destructive bureaucratic boondoggle that creates the very problem it claims to solve by encouraging more fatherless homes with all the social pathologies that ensue.  The system has been plagued with numerous ethical improprieties, conflicts of interest, and scandals, including criminal fraud, as well as unconstitutional and authoritarian practices that violate Americans’ constitutional rights.  Advertised as a program to provide for children whose fathers have “abandoned” them, the reality is a system where “a father is forced to finance the filching of his own children.”

Child support enforcement was Bill Clinton’s answer to welfare and promoted to save taxpayers’ money.  In fact, the program consistently loses billions.  Moreover, no need for it has ever been demonstrated, since the preponderance of child support is paid automatically by wage withholding.

Far more serious, the money subsidizes and therefore proliferates single-parent homes.  Numerous scholars (at least those not profiting from the system) have demonstrated that livelihoods of child support officials depend on broken homes and that “child support enforcement policies have a negative effect on contact between non-custodial parents and their children.”  Attorney Jed Abraham describes the apparat as “a veritable gulag, complete with sophisticated surveillance and compliance capabilities such as … license revocation, asset confiscation, and incarceration.  The face of this regime is decidedly Orwellian.”

Diabolically, it even gives state governments a vested financial interest in encouraging as much divorce and single parenthood as possible.  State governments fill their coffers with child support money and federal payments based on the volume of child support they collect.  Not delinquent support — all support.  (Imagine the effect of the federal government paying states money according to the amount of income tax they collect.)  This incentivizes them to encourage family breakdown and multiply fatherless homes at taxpayers’ expense.  Shockingly, “[i]f the state needs more highway funding,” as one commentator puts it, accurately, “all they need to do is raise the state’s level of child support and they can spend their resulting welfare incentive increases on highway projects and remain in perfect compliance with the relevant programs funding requirements.”

Now they are spreading the largesse to private organizations, with generous grants to collect child support.  This gives “fatherhood” and “family” groups a stake in encouraging broken homes and fatherlessness.  Ever wonder why all those Christian groups that advertise themselves as “pro-family” and “defending marriage” never make the slightest effort to reform our easy and predatory divorce laws?  It is because they are making money from divorce as shills for the child support apparat.  Republican lawyers, who earn huge sums from divorce cases, also profit from child support collection.

Florida’s Legislature approves this because, like every state house in America, it is controlled by lawyers, with a heavy contingent of divorce lawyers from both parties who have no desire to bring the divorce epidemic under control.

A more ruthless family-destruction machine could hardly be devised — replete with the financial payments that co-opt and corrupt potential opposition groups.  It is why — decade after decade — the fatherhood crisis never abates, but only worsens.

As always, government programs create the problem they claim to be solving and simply enrich and empower welfare apparatchiks.  Yet conservative Republicans readily sign on to this one.

One of the most insidious features of the divorce regime (like the welfare machinery from which it sprang) is this power to suck otherwise decent people into the operation, place them on the payroll, and make them active agents in destroying other people’s marriages, families, children, and lives.  Those advertised “for the children” are the worst.

This also provides the model for today’s bureaucratic takeover of the U.S. government.  The far-left insurrections of 2020 were overwhelmingly driven by rebellious, dysfunctional, and fatherless adolescents, who have been effectively raised by the functionaries of the welfare state.

If Governor DeSantis really wants to ameliorate the fatherhood crisis, he will show real courage and break the power of the welfare behemoth and crooked family courts that routinely confiscate huge numbers of children from perfectly fit, legally innocent fathers, who are then plundered and incarcerated without trial or record by the child support gendarmerie.  He will allow fathers to raise their own children, without the “services” of busybody government bureaucrats.

Stephen Baskerville is Professor of Political Studies at the Collegium Intermarium in Warsaw.  He served on Virginia’s Child Support Guideline Review Panel and is the author of The New Politics of Sex: The Sexual Revolution, Civil Liberties, and the Growth of Government Power (2017) and Taken into Custody: The War against Fathers, Marriage, and the Family (2007), where the points in this article are documented. 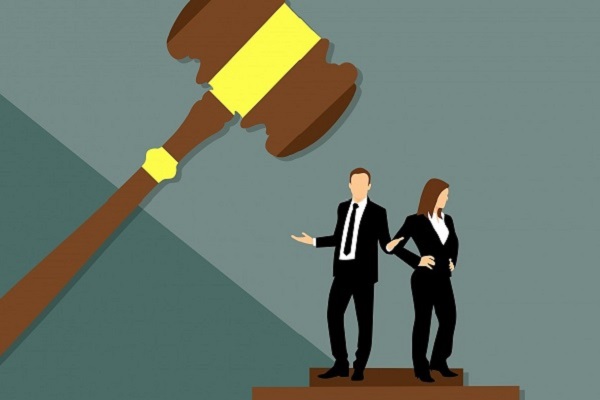 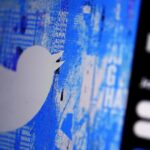 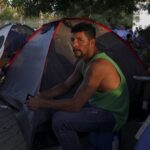 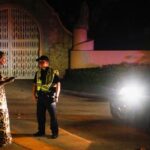 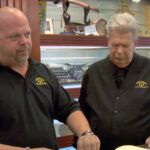 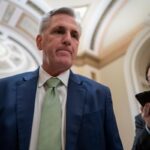