So, even more than any political considerations, this is having a chilling effect on my joke-telling.

Jon Stewart (who, for sixteen years, hosted “The Daily Show” on TV’s Comedy Central and is usually identified as a comedian) recently had something to say about the state of humor today.  He said that “the real threat to humor” was the “fragility of leaders,” essentially saying that our so-called leaders today bristle and lash out at those who satirize them, and basically can’t take a joke. Combine that with the stifling effects of political correctness and the pervasiveness of woke-ism, and it’s easy to see why practitioners of humor now feel they must tread especially lightly, if at all.

Stewart made these remarks on the occasion of being honored with the Mark Twain Prize for American Humor.

Just as I felt it necessary to include the information here as to who Jon Stewart is, I feel it may be helpful to include similar background on Mark Twain, and the reason that may be necessary will soon be revealed as the very point of this essay.

Samuel L. Clemens, 1835 -1910 (a time when the term “comedian,” in the way it’s used today, probably didn’t even exist), who wrote and lectured prolifically under the pen-name Mark Twain (a name derived from riverboat pilots on the Mississippi calling out the river’s depth; “mark twain” signified two fathoms, the minimum safe depth for passage), is still regarded as the dean of American humorists.

Those who know me personally, or who may have gleaned it from my writing, may know that I am a compulsive collector and teller of jokes, and even consider myself a Joke Wrangler (one who can frequently catalogue several versions of a joke, and can “tweak,” fine-tune or even beat a poorly-crafted or poorly-told joke into shape).

I’ve recently become acutely aware of another “threat to humor,” but it has nothing to do with politics, political correctness or the sorry state of our current “leadership.” It’s the phenomenon of the audience for my jokes growing collectively younger, which means that jokes that turn on what were once universal cultural or historical references now elicit a bewildered blank look instead of a laugh, a chuckle, or even a groan.

While I was hospitalized recently with the Wuhan Flu, I tried to amuse my doctors, nurses and other attendants. I told them, for example, how a doctor had examined me and pronounced that I had “Tom Jones syndrome.” I told how, when I said, “I’ve never heard of that; is it rare?”, the doctor had replied, “It’s not unusual.”

I had to depend on another listener breaking into song with “It’s not un-u-sual to be loved by anyone…”, the first line of singer Tom Jones’s monster hit from 1965, for those with blank faces to get some idea of what was supposed to have been funny. Similarly, when I told a shaggy-dog story that ended with a groan-worthy pun on “I left my heart in San Francisco,” there was zero recognition of that phrase.

I understand how twenty- or thirty-somethings can’t be expected to be familiar with a pop song from before their lifetimes (even though, as a kid, I was familiar with many tunes made popular by Glenn Miller, Tommy Dorsey, and their contemporaries, tunes that my parents had swooned over before I was even a gleam in their eyes).

And I’d already experienced a similar reaction (or lack thereof) when attempting to tell a particular joke that I’ve enjoyed telling, for decades, every year on or about December 7th. That’s my joke about my friend who is part Japanese and part Black, which has caused him to be so confused that every December 7th he attacks Pearl Bailey! Each year, I’ve noticed that the joke can fall flat because there are fewer and fewer people who remember the delightful, award-winning singer and actress who called herself “Miss Pearlie Mae.” 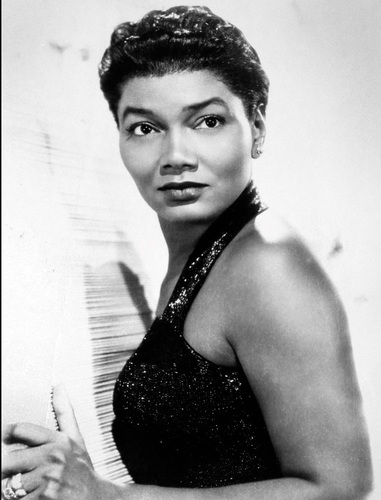 More recently, upon trying to tell this joke, I’ve found myself not only having to explain who Pearl Bailey was, but having to give an ad hoc history lesson to those who had no clue as to the significance of December 7th (an event that also occurred before my lifetime, but which I thought was an immutable, universal element of Americans’ collective cultural consciousness); the joke bombed.

That reaction (or lack thereof) reminds me of a joke I still tell every year on or about March 17th, St. Patrick’s Day, and which, fortunately, most still find amusing. It’s about how most Irish folks have a pretty good sense of humor, except for Leprechauns, “the little people”; you try to tell them a joke and it goes right over their heads, every time!

The most disturbing example of this phenomenon occurred just the other day, as I was beginning to tell a joke to an acquaintance who is in his late 20’s or early 30’s, a fellow who is otherwise pretty sharp; I told him the joke about the neutron that has several drinks at the bar, asks for his bill, and is told by the bartender, “For you, no charge!” and he laughed just as I’d hoped he would.

So, then I told him I had a classic Old West gunfighter joke for him, and he was all ears as I began to set the scene, a Saturday night in the town saloon, and as I described the cowboys drinking and playing poker, the piano player and the dancing girls. But when I introduced the lanky, black-clad figure standing in the corner as being none other than the famous lawman and gunslinger Wyatt Earp, I got a look of sheer puzzlement. The name Wyatt Earp rang no bell whatsoever!

How can any American have never heard of Wyatt Earp? Consider all the movies, from the 1957 classic Gunfight at the O.K. Corral starring Burt Lancaster and Kirk Douglas, and 1967’s Hour of the Gun starring James Garner and Jason Robards Jr., to the more recent (1993) Tombstone, with Kurt Russell, Val Kilmer and Sam Elliott (my favorite scene in that film is this one, and I can’t help but wonder if it was inspired, at least in part, by this performance), and everything in between and since.

There was also the 1955-1961 TV series The Life and Legend of Wyatt Earp, starring Hugh O’Brian, and there was even an episode of the original Star Trek series in which the crew of the Starship Enterprise find themselves re-enacting the famous gunfight, but in the personae of the Earps’ nemeses, the Clantons (particularly interesting for trivia buffs because DeForest Kelley — Star Trek‘s Dr. McCoy — had played Morgan Earp in the 1957 film).

So, even more than any political considerations, this is having a chilling effect on my joke-telling. Just as one has to look around, before telling a joke, to see if anyone within earshot represents a demographic whose members might consider the joke “offensive,” I have to consider whether my joke pivots on knowledge that simply may not be as common as I assume it to be.

In the case of my young acquaintance, I grinned as I pronounced him “culturally deprived,” and I left him with the homework assignment to watch Tombstone (since he at least knows who Kurt Russell and Val Kilmer are). When he reports to me that he’s watched the film and has at least a rudimentary knowledge of that particular bit of Western lore, he’ll be ready for me to tell him that classic Wyatt Earp joke.

Stu Tarlowe has, since 2010, contributed well over 150 pieces to American Thinker. For some 15 years, he was the personal editor for the late Barry Farber; more recently he was a staff writer for a magazine forecasting political, financial and societal trends, but when he had to be hospitalized for COVID he was replaced. Now recovered, he writes on a variety of topics (political and personal) in his newsletter at https://stutarlowe.substack.com and is seeking another gig as a writer/editor/proofreader.