Subversive electoral schemes like ranked-choice voting are allowed to take root because conservatives have been asleep at the wheel.

Most of us are familiar with the concept of a trojan horse.  Derived from Greek mythology, the trojan horse was a giant wooden horse constructed by the Greeks and rolled to the gates of Troy as a concession of defeat during the Trojan War.  Unbeknownst to the people of Troy, the Greeks had filled the giant wooden horse with an elite force of soldiers.  Under the cover of darkness, this elite force slipped out of the horse and opened the gates to the city, allowing the Greeks to launch a full assault from within while the people of Troy slept.

Today, we often refer to trojan horses in software terms.  In this instance, a trojan horse is a piece of malware that we unwittingly but willingly bring into our computers and devices that wreaks havoc on them from within.  Similarly, we willingly adopt harmful policies and ideas dressed in a sanitized package with the best intentions, only for those ideas and policies to corrupt us from the inside.

Our political class understands the trojan horse concept well, and they understand that Americans are particularly susceptible to it.  Americans are good people at heart, and this leaves the population subject to being taken advantage of.  Many proponents of those policies which we most fiercely oppose often believe that the ideas they espouse will lead to a better future, and we all want a better future.  We disagree on how it is we arrive there and what a better future looks like, and the political class is all too eager to promote those ideas that best perpetuate their influence.

One recent trojan horse of national conversation is ranked-choice voting.  Ranked-choice voting is a system whereby voters rank candidates in order of preference.  Rounds of voting proceed, and the bottom vote-getter is eliminated until at least one candidate has reached greater than fifty percent of the votes, thus giving them a majority.  In this system, candidates with less support often surpass candidates with more support, as was the case in Alaska’s recent congressional special election. 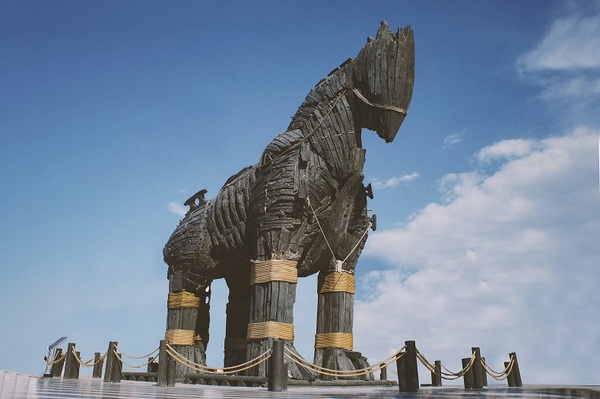 In Alaska’s recent special election to replace long-time Republican representative Don Young, dozens of candidates vied for the seat.  After the first rounds, three candidates remained, with a Republican garnering two of three slots.  The third slot went to Democrat Mary Peltola.  Because the Republicans in the first two slots essentially diluted their share of the vote, that left Democrat Peltola as the winner.

Alaska’s ranked-choice voting was passed as a matter of ballot initiative in 2020, and it was made possible by the campaign of moderate Republican U.S. Senator Lisa Murkowski.  Hidden camera footage by media outlet Project Veritas uncovered the push for ranked-choice voting on behalf of Senator Murkowski’s campaign.  The reasoning behind it is simple, ranked-choice most benefits the most moderate candidates.  This scheme has recently been promoted and failed in states like Missouri, reportedly with the support of moderate Republican Governor Mike Parson.

Having recently successfully escaped a contested primary season here in Idaho, Idaho’s good old boys are up to their same tricks and promoting ranked-choice voting as their next electoral ploy.  During the primary, they utilized the captured press to paint their opposition as extremists and appeal to the minority Democrats in the state to cross the aisle and crown their guys as sane alternatives.  Organized as TakeBackIdaho.com, insiders like former Idaho Supreme Court Justice Jim Jones have begun to headline the papers with calls for ranked-choice voting here at home.

Citing Alaska’s primary results as sensible electoral reform, Jones limps through his recent victory lap and lauds the results of their newly adopted ranked-choice system.  I’m not sure on what bizarro planet two candidates of your own party getting leap-frogged by the opposition party is considered a victory. Republicans would do well to immediately dismiss any and all opinions of the nonagenarian and start to defend their own turf. Idaho did go sixty-five percent for Trump, after all.

Subversive electoral schemes like ranked-choice voting are allowed to take root because conservatives have been asleep at the wheel.  Most engaged conservatives in red states will reject schemes like this outright, while most liberal democrats in red states will support them outright.  The battle for the country’s future falls in the middle, largely with the moderate and uninvested voters.  This is why schemes are concocted to appeal to this demographic.  The challenge then consists of educating conservatives on why these schemes will be our undoing before we are undone.

Brian Parsons is a paleoconservative columnist in Idaho, a proud husband and father, and saved by Grace.  You can follow him at WithdrawConsent.org or find his columns at the American Thinker, in the Idaho State Journal, or in other regional publications.  Email | Gab