Because we have the majority of like-minded voters, Congress is desperate to divide, distract, and dilute.

The J6 Committee’s Real Target Is You – American Thinker<!—->

All I heard from the Democrats’ prime-time telecast of their J6 Soviet show trial was blah, blah, blah, Americans are racist, Trump’s a terrorist, and Congress must tear up more of the Constitution to save “democracy.” Lights, camera, distraction! The way-off-Broadway tragicomedy produced by State media at once radiated the cheap emotionalism of a soap opera while leaving the ludicrous impression that our exalted leaders are nothing but ventriloquist dummies seeking refuge from a bad vaudeville routine. It was difficult not to laugh at the parade of dour faces glaring intently into the cameras with their punishing nursemaid scowls imploring the audience to take them seriously. Even watched on a phone screen, the staged spectacle reeked of sweat, desperation, and community theater amateurishness.

Like a third-rate Vegas show performed by mediocre magicians, there was no surprise or suspense. Listening to the players read from their corny scripts, I thought they would have been better off just breaking into incantations or hypnotic chants: abracadabra, pay no attention to obscene gas prices or the imploding economy…forget about Hillary’s Russia collusion hoax…never mind that more evidence of a fraudulent 2020 election emerges daily…it is imperative that we take away more of your rights! Free speech is deadly, America. Stop following the man with the red hat. It is Congress that loves you. It is we who will keep you safe. Love us. Worship us. We promise to be good masters.

Just what could compel D.C.’s reptilian ruling class to go to such lengths in its attempt to scramble Americans’ brains with such overt propaganda? Well, this is obviously the only issue Democrats and their masochistic enablers have in terms of a midterm election strategy (aside from another round of late-night mail-in ballot dumps and a compliant judicial system eager to rubber-stamp ballots as “valid” deemed “invalid” by state law). I kept thinking over the last eighteen months that the geniuses running America into the ground would come up with a second or third pitch in their 2022 election repertoire, but that was foolish; this is it; the Democrats are still running on nothing but Orange Man Bad.

The J6 Soviet show trials are also a revolting effort to justify Congress’s unconstitutional attempts to nationalize elections and replace an Electoral College that has always provided an instrumental check against concentrated power with the kind of “national popular vote” that further degrades the sovereignty of the individual states while making it even easier for institutionalized mail-in ballot fraud to take a flamethrower to what remains of election integrity. I suppose it shouldn’t be surprising that the same despots who imperiously seek to expunge the First Amendment’s protections for free speech, the Second Amendment’s protection of gun owners from government confiscation, and the Fourth Amendment’s protections against the national security deep state’s warrantless surveillance of Americans would also rip up Article II’s election requirements without a second thought, but it still leaves me aghast that so many congressional arsonists take an oath to support and defend the Constitution only to turn right around, douse it in kerosene, and torch it to ash.

Of course, you can’t have a made-for-tv show trial without a menacing villain to defame, frame, blame, and mercilessly maim, and there was never any doubt as to who that would be: President Trump, the Great MAGA Man, who haunts the Establishment hive-mind’s blob thoughts still. (If you zoomed in when the theatrical performers mentioned him by name, I swear you could see the weaker ones involuntarily quiver.) Here was the federal Leviathan’s umpteenth attack and most serious effort to harpoon and bludgeon the great white whale who frequents their nightmares, consumes them with rage, and torments them into maniacal fits. After six years of vengefully hunting him only to find themselves repeatedly beaten and thrashing against the rocks, this was Club D.C.’s time to strike and prevail.

Instead, the whole gaudy rendition of court-tv State programming devolved into such a blatantly un-American, dishonest farce that Congress’s descent into a dystopic Soviet-era firing squad was shocking to behold. Devoid of due process, authenticated evidence, unmolested testimony, exculpatory defense, or even the pretense of impartiality or fairness, the J6 Committee’s perversion of justice left the rule of law stabbed to death on its shiny marble floor, drenched in the blood of half-truths, manipulated video, State propaganda, and outright lies. Anyone who participated should have been ashamed.

They hate that he kept his promises and succeeded when so many others betrayed and failed. They hate that he made America energy independent and more secure. They hate that he respected our borders and put a temporary halt to the Uniparty’s half-century hustle to launder illegal immigrants into campaign cash. They hate that he prioritized Main Street over Wall Street and was effectively returning wealth back to the middle class after thirty years of real economic decline. They hate that he had no interest in endless foreign wars and threatened hostile foreign enemies with quick, decisive action.

They hate that he repeatedly demonstrated his love for police officers and members of the military and that they reciprocated such affection for him. They hate that he proved blue-collar jobs could return, that America’s decline was far from inevitable, and that the keys to American prosperity remain industrial expansion, job creation, and an American manufacturing renaissance — not endless importation of cheap Chinese trinkets, oil and minerals from foreign dictatorships, and trafficked illegal aliens.

In other words, the Establishment Class hates President Trump because he proved them all liars, grifters, and frauds. A touch of Patrick Buchanan, a dash of Ron Paul, a hint of Andrew Jackson, a fistful of Ronald Reagan, and a double-scoop helping all his own, Donald Trump represents what all those Washington toadies abhor: an unapologetically pro-American president.

More than the Establishment’s hatred for President Trump, though, it is their unbridled fear of his voters that has sent them into such authoritarian apoplexy today. Pundits deride Trump’s organic support as vulgar “populism” because past protest groups and political movements have largely been contrived. The Establishment is afraid of any mass movement that it is not secretly controlling. Authentic power originating from the people is a threat to the permanent bureaucracy. It’s why Obama advisor David Plouffe publicly declared before the 2016 election: “It is not enough to simply beat Trump. He must be destroyed thoroughly. His kind must not rise again.” MAGA voters make their own signs, drive hundreds of miles to rallies, create viral memes, and design funny t-shirts. They terrify the Soros clones who have always been paid big bucks for fake excitement.

What I took away from the abusive J6 hearing is this: the D.C. Establishment is deathly afraid of the American people. Because we have the majority of likeminded voters, Congress is desperate to divide, distract, and dilute. It cannot tolerate J6’s visibly demonstrable proof that a powerful coalition has risen. We must be made to feel small. It all reminds me of a prescient tweet President Trump sent out right after House Democrats’ first perfidious impeachment: “In reality they’re not after me / They’re after you / I’m just in the way.” As usual, he was right. 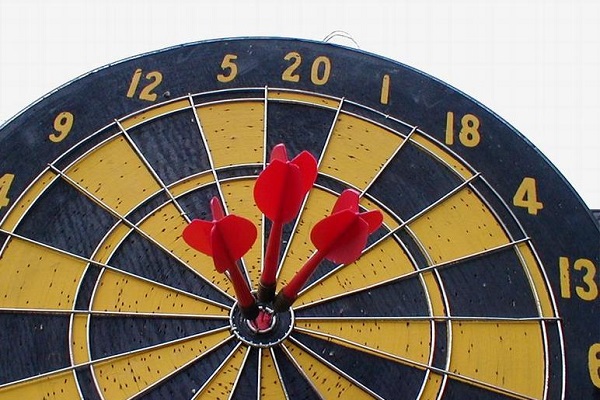