Chris Rodriguez is running for Congress as a conservative in a deep blue state. Can he pull it off?

The Man Who Wants to Take Some Blue Out of California – American Thinker<!—->

Chris Rodriguez is a congressional candidate running in California and is a breath of fresh air.  He has overcome hardship to achieve the American dream.  He stepped up to the plate after 9/11 and enlisted in the Marines.  Now he wants to serve in a different capacity, running in the 49th Congressional District  against Mike Levin.

Below is the interview with Chris.  Anyone who wants to learn more should go to his website, https://rodriguezforcongress.us/issues.

Christopher Rodriguez: I am running in California’s 49th District, a purple district, against the incumbent, Mike Levin.  I want to put integrity and honesty and professionalism back into politics.

I ran because I saw the First Amendments threatened: freedom of religion, speech, and press; the right to assemble; and the right to petition our government.

The mindset of every congressional candidate should be to get things accomplished in the two years they are serving.

EC: Who is supporting you?

CR: I am supported by some of the top major super-PACs. I was the first Republican in California that Kevin McCarthy supported under his Young Guns Radar Program.  He and the Republican Party have designated this district as one of the top pickups.  I am endorsed by the California Republican Assembly, the largest and oldest organization in California.  I know that to win, I have to bring onboard independents and even some Democrats.  I hope everyone looks at my policies and what I stand for regarding the issues.  They can go to my website, https://rodriguezforcongress.us/issues.  I detail a type of contract with America regarding inflation, election reform, education, border security, and many more issues.

EC: What about your military career?

CR: When I went into the Marines, I was committed to what this country stands for and wanted to defend it.  I fought in the War on Terror in Iraq, first deployment in Baghdad, and second deployment in Fallujah.  I joined because I wanted to serve my country after 9/11.  I got injured in Fallujah from a rocket-propelled grenade.  It blew up next to my head.  I received a Purple Heart.  Because of the traumatic brain injury, I had to leave the Marine Corps.  I lost multiple brothers during that war, three of whom I tattooed on my wrist when they passed.  I want to keep their legacy alive after they paid the ultimate sacrifice for the country.

EC: Background as a youth?

CR: My dad was a gang-banger and drug-dealer who brought violence home on a regular basis.  As a child, I witnessed his abuse against my mother.  The Catholic Church took my mom, sister, and myself in and showed her how to live as a single mom.  After my mom married my stepfather, I was influenced by him greatly.  He showed me love and helped me to get rid of my anger.  He was a Marine, and I joined after my seventeenth birthday in 2002.

EC: What are you doing now?

CR: I own a successful real estate company that I built up myself in late 2006.  I have also served as an Oceanside City councilman since 2018.

EC: Now let’s talk about a few issues.  The DHS secretary has commented that he wants to take money from Veterans’ Affairs and give it to illegal immigrants.

CR: Yes, this is true.  The funding for our military will include funding that will be leveraged to cater to illegal immigrants who cross our border.  This will take money from our veterans.  Mike Levin also had a bill passed.  He approved expanding services for inactive reservists.  Sounds great!  But it is at the expense of our active-duty veterans.  In other words, he did not increase the budget but just expanded who would be eligible, which means the active-duty benefits are diluted.  Don’t get me wrong — I am for expanding those eligible, but then expand the funds.

EC: Isn’t this also true about illegal immigrants who take resources from citizens and residents living in the U.S.?

CR: Yes.  It affects low-income families, senior citizens, and hardworking tax-paying Americans.  We need to take care of those here legally.  We should not be prioritizing illegal Americans.  We are stealing from those who went the right pathway.

EC: What are your views on illegal immigration?

CR: We need to secure our border, including building a wall and all other resources that should include not demonizing ICE and Border Patrol agents.  Individuals need to know that coming here, breaking our laws, will have consequences.  This includes being deported and never being allowed back in our country.  I believe 100% in the Stay in Mexico policy.  Regarding jobs, we should be giving work permits and visas.  Open borders allow for those trafficking drugs to come here illegally so we need to secure our borders.  I do disagree with someone who says we need to deport someone who knows only America as his country. But any conversation about reforming the immigration laws should come only after the border is secure.

EC: What about the impact on education, where low-income schools are overcrowded, and those who are here illegally take resources away from Americans?

CR: The public school system is failing students across the spectrum.  Education for our children here in California has failed.  They talk about equity, inclusion, and diversity.  They want to segregate the different cultures and communities.  Only 10% of black students and 15% of Hispanic students are proficient in math.  It is unacceptable that they are putting social issues over learning.  I support school choice and defunding the Department of Education.  I want to empower parents and have a transparent curriculum.  I support school choice and a voucher program.

EC: What about Critical Race Theory?

CR: It creates an atmosphere of desolation and no hope, victimization.  There is a mismanagement of funds.  The problem is prioritizing teachers over students.

Education is primarily a state-level issue.  But there should be a parental bill of rights that has curriculum transparency.

EC: What should be done to lower gas prices?

CR: There should be a moratorium on the Federal Gas Tax, which is like an excise tax.  Gas, inflation, and supply chain costs are out of control because of poor policies.  Just two years ago, we were a net exporter of energy.  It impacts our life, especially those on a fixed income.  We need to be energy independent, drill on all federal lands, and finish the Keystone pipeline.  It is a national security issue.  I believe in embracing everything, including innovation and technology.  We need more players so the price will go down because there will be an increase in supply.

Everything is affected by the high gas prices.  Energy and the supply chain will be lowered once gas prices come down.

EC: Isn’t crime a local issue, not a federal issue?

CR: Some might say these are state issues, but remember: the federal government gives funding to the states with hardly any transparency and accountability.  Require federal prosecutors to go after those who have repeatedly done violent crimes.  There needs to be a mechanism in place to trigger federal involvement when a state releases someone with no cash bail.

EC: If the leak is true, where do you stand if Pelosi puts up a bill regarding abortion: never, always, or more like the Mississippi bill that has limitations — after 15 weeks?

CR: The Democrats are using this to energize their base before the midterms.  Congress has failed the American people because they have not defined when human life begins.  Roe v. Wade should not exist because it is legislation from the courts.

Some believe that if the umbilical cord is attached, even though the baby is breathing air, the mother can decide to abort it.  This is just wrong.  Then the other extreme believes in the moment of conception. I personally believe life begins in the womb, at conception.  But at what point is that human life protected by the U.S. Constitution?  Congress needs to define it.

EC: Do you think, realistically, there needs to be a compromise?

CR: I could fight all day long that life is defined at conception.  But is that going to pass in Congress?  It will not.  I need to be a realist.  Something like the Mississippi bill is better than we have now to protect that child in the womb.

EC: What would you say to those who say the Republicans should rally around only one candidate, so you should pull out?

CR: The math will work, and there will be a Republican that will go up against Levin.  There are six Republicans running; one of them will be the top person facing Levin.  I think there is one Democrat running against Levin, so that vote could also split.  But basically, the Democrats have thrown all their support to Levin.  This district is literally split between Democrats and Republicans, so the highest Republican will have enough votes to run against him.  I believe that person is me. 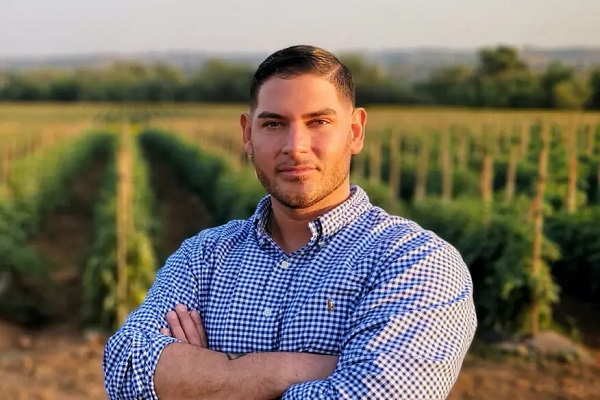 Image from Chris Rodriguez for Congress.