The Most Terrifying Reality about School Shootings – American Thinker<!—->

The initial reaction to the mass murder of children in Uvalde, Texas was horror and bewilderment.  Not again.  How could this happen?  Perhaps you, like me, imagined that the killer shot his way into the school and wrought havoc fast, before police could respond.  We were wrong.  Law enforcement knew he was on his way, armed and dangerous.  The door was unlocked.  A good-sized contingent of police failed to act for an hour.  Finally, members of an elite Border Patrol unit engaged the murderer, taking fire, and prevailed.

That demons prowl among us, plotting harm to schoolchildren, is well known.  The list of schools assaulted with weapons is long, their names evocative: Columbine, Sandy Hook, Parkland.  We’ve had plenty of time to address that somber fact.  What’s been said and done in the few days since the murders?  That tells the tale.

The radical left has called for disarming the innocent, entirely or piecemeal, by various extreme means.  This is the leftists’ default response.  The volume varies with the value of the opportunity.  This one was not to be wasted.  Prime Minister Justin Trudeau in Canada, a nation woefully lacking a Bill of Rights, chose the occasion to call for a “pause” to all handgun sales.

What else was said and done?

The California Legislature ended a standing legal requirement that school employees report threats of violence.  Read that again: not added, but ended.  The legislature’s rationale is that such reports affect “people of color” disproportionately.  If they do, it’s surely not intentional.  I have no doubt that employees of the California schools would do anything to avoid the living hell unleashed upon them after such a report.  The obvious effect of eliminating the requirement will be fewer warnings of threatened violence.  Threats often lead to actual violence — e.g., shootings in schools.  We should know that well after the Parkland murders.  (For the complete story, read the heartbreaking Why Meadow Died by Andrew Pollock, father of one of the victims.  The short version: Everyone knew that the killer would strike some day.  His many criminal acts went unreported so the school district would look better.  Disaster was the result.)

The Officeholder Formerly Known as Joe Biden told us through his hapless press secretary that he does not support “hardening” schools — that is, making it more difficult for killers to enter.  “Hardening” would presumably include such measures as locking doors.  That is “not something he believes in.”  Instead, he believes in “giving teachers the resources to be able to do their job,” a non sequitur of grand proportions.  An online video shows teachers how to use a metal chair to wedge a door closed.  Why should every classroom not have a simple handle adjacent to the door that does the same?

The Uvalde Police Department and the school district’s police force have stopped cooperating with an investigation by the Texas Department of Public Safety.  That’s understandable, from a human point of view.  They look very bad now, and will no doubt look even worse after an investigation.  No one wants to face that.  No one wants to face an armed man, either, but the imminent slaughter of children demands it.  An honest investigation will prevent murders, if we listen to its conclusions and act on them.  Stonewalling by the police will lead to more murders in schools.

I’m seeing a pattern.  Nothing said or done so far will prevent more school shootings — least of all bans on firearms or certain types of firearms.  We’ve been there before, many times.  Focusing on the weapon in use is truly looking through the wrong end of the binoculars.

What, then, is the goal?  Democrat representative Mondaire Jones of New York expressed it clearly: the radical left will use the murders as a pretext to take permanent control of the United States government, ending the republic as we know it.  Jones minced no words: “you will not stop us from advancing the Protecting Our Kids Act today.  You will not stop us from passing it in the House next week.  And you will not stop us there.  If the filibuster obstructs us, we will abolish it.  If the Supreme Court objects, we will expand it.  And we will not rest until we have taken weapons of war out of circulation out of our communities.”

And that, comrades, will settle that.  No representation in any branch of government and no weapons.  Permanent majority?  Check.  Backed by the courts?  Check.  Means of self-defense eliminated?  Check.  Then the police can be defunded, the prisons abolished, the borders erased, and the carnage unleashed.

Here is the terrifying truth: the radical left wants mass murders in schools.  They are useful for gaining power.  I can no longer blame friends who imagine that the killers are some sort of Manchurian candidates, released to further a narrative and serve the purposes of the left.  I don’t believe that, but the idea follows logically from the same conclusion I’ve drawn about school shootings: the left likes them.  The left is powerful.  There will be more.  We could prevent them.  We won’t. 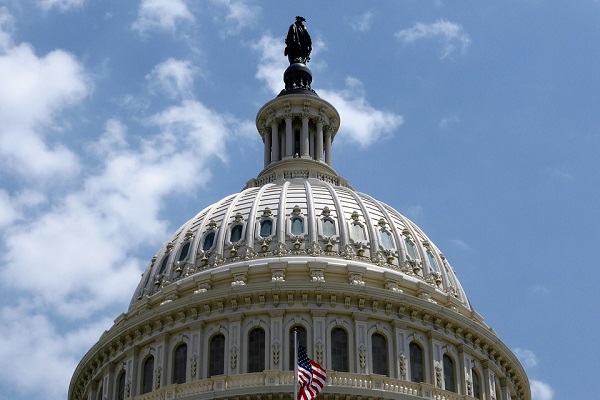