Supplying uniforms to the German empire, textile magnate Gunther Quandt made millions during World War I.  Shortly after, when electrification was booming worldwide, he gained control of one of the world’s largest battery-makers.  He soon acquired one of Germany’s primary arms and ammo manufacturers.  This was just the beginning.  He went on to gain stupendous wealth and power through deals with the Nazis.  The story of Quandt, as told in David de Jong’s Nazi Billionaires: The Dark History of Germany’s Wealthiest Dynasties, evokes awe and dread.  For it is about soulless profiteering and participation without any qualms in the enslavement and massacre of millions of Jews.

It is well known that many dynastic German companies owe their standing to their complicity — even willful participation — in Nazi evil.  De Jong investigated five key industrialists who funded Adolf Hitler’s rise to power, were complicit in horrendous crimes, and reaped billions from that cold-blooded investment: Quandt, automaker Ferdinand Porsche, Richard Kaselowsky of the Dr Oetker Group, financier August von Finck, and industrialist Frederick Flick.  His book details their deals and post-war cover-ups.  It also tells how they were virtually absolved of all wrongdoing, because the West needed Germany as a bulwark against Russia and its East European satellites.

Quandt’s first engagement with Nazism happened in the early 1920s.  On a visit to the U.S. with his wife Magda, they were approached by Kurt Ludecke, an ardent German nationalist raising funds for the fledgling, cash-strapped National Socialist German Workers Party (NSDAP).  Rejected by the anti-Semite Henry Ford, he hoped to convert Quandt to the Aryan cause.  Quandt was noncommittal, but Magda was swayed.  By the time the couple divorced in 1929, with a generous settlement for her, she was mingling socially with the Nazis.  She devoured Mein Kampf and joined the party, where she worked for her future husband, Joseph Goebbels, later chief of propaganda minister for the Reichstag.  Quandt, who remained friendly with Magda and Goebbels, came under their influence.  He began to believe, like many in post-WWI Germany, that Jews and communists were responsible for all the country’s ills.

World War II and Hitler’s atrocities would not have happened without the millions Quandt and the other industrialists pledged for arming the stormtroopers who ensured his election.  In turn, the plutocrats profited hugely when he began the war in Europe: there was an insatiable demand for uniforms, ammo, fighter planes, batteries for torpedoes and rockets.  The financiers of Hitler’s rise were now the hardware merchants of his war effort.

Quandt gained a seat on the board of Daimler-Benz in 1933, was soon producing arms, besides batteries and textiles.  He became a key supplier to the Luftwaffe.  Auto engineer Porsche, who had served in the SS, wired the Fuhrer that he and his staff were putting their “will and ability at the disposal of the German people.”  His firms produced advanced tanks, the V-1 flying bomb, and other weapons systems.  In 1934, Hitler gave him the contract to design a people’s car — the Volkswagen.  August von Finck, whose acquired a financial empire that included the Merck Finck bank and insurers Allianz and Munich Re, believed that G-d had sent the Fuhrer to save the German people.  Kaselowsky, who married the widowed daughter-in-law of the founder of the Dr Oetker group and became its chief executive, had a portrait of Hitler in his office suite.  He’d gift signed copies of Mein Kampf to new employees.  The company was a major supplier of food to frontline soldiers.  (His stepson, Rudolf August Oetker, who ran the company and turned it into a household name after Kaselowsky’s death in a 1944 air raid, was a former SS officer and ardent Nazi.)  Frederick Flick profited handsomely from the army’s demand for weapons-grade steel, acquired several mines and heavy industries, and was the Reich’s top producer of light machine guns.

All five benefited from the Aryanization program, the arbitrary takeover of Jewish-owned businesses from 1933 ’til the war’s end.  Quandt expanded his conglomerate by plundering many valuable Jewish businesses.  Porsche acquired the shares of his Jewish co-founder and chief engineer, who was charged with “racial defilement” for dating a non-Jewish woman.  Von Finck promoted the “gradual cleansing of this trade [banking], which is so strongly influenced by the Jewish element.”  He took over Berlin’s Dreyfus Bank and some of the Rothschilds’ business empire in Austria.  After routinely cheating Jewish bankers by undervaluing their assets, he claimed after the war that he did it in good faith to protect them from the Nazis.  Flick’s machine-gun factory was one among many businesses he took over from Jews.  Rudolf August Oetker acquired a considerable art collection.  In a 2013 publicity exercise, the Dr Oetker group released a commissioned history of its Nazi connections.  In 2017, it announced that it was hiring provenance experts to go over the Oetker collection to restitute robbed artwork to the rightful owners.

They all employed slave labor, provided by Jews and other captives.  IG Farben, Siemens, Daimler-Benz, BMW, Krupp, and other companies controlled by Quandt and Flick were the largest users of slave labor, available on request to any German business.  The Dr Oetker group used slave labor in its factories.  Porsche used thousands of French civilians and other prisoners at his Volkswagen complex.  From June 1941 onward, 60,000 soldiers were dying every month as the war progressed.  Short of manpower, in early 1942, Nazi Germany began the biggest coercive labor program the world has seen.  Some 20 million people from 26 countries, the vast majority from Poland and the Soviet Union, were forced to work in its factories and concentration camps.  The Atlantic slave trade, which dealt in 12 million African slaves from the 16th to the 19th century, pales in comparison.

At least 2.5 million captives died in the horrific work and living conditions.  They would be taken from concentration camps to sub-camps near factories, where they were beaten, given little to eat, and made to toil in extremes of weather.  Handling dangerous material without protection, they contracted lead poisoning and sustained third-degree burns.  If a limb was caught in machinery, it would be yanked out.  Pregnant women had to give up their babies at birth and return to work.  But war crime investigators never focused on this industrial slavery.

Powerful industrialists were charged with profiting through Nazi connections but not with slavery, and they spent no more than a few years in detention.  Josiah DuBois — lead attorney in the IB Farben case in the Nuremberg trials — described the sentences as “light enough to please a chicken thief.”  The longest term handed out at the Farben trial, for instance, was eight years with time served, to Otto Ambros, head of the chemical warfare committee at the war ministry and production chief for Buna and Auschwitz.  Flick received seven years with time served, in 1947, but got amnesty in 1950.  The Office of Strategic Services (OSS), predecessor to the CIA, had been keeping tabs on Quandt since 1941 and found he shared “in the responsibility for formulating and executing Nazi economic policies and for the economic exploitation of German dominated territories.”  He was held in house arrest for two years but released without charge in January 1948.  Porsche was arrested in 1945 by the French post-war government, but his son was able to buy his freedom after 22 months.

With the advent of the Cold War in 1947, President Harry S. Truman‘s priorities shifted from punishing Germany to enabling its economic recovery.  American occupation made way for German self-governance.  Suspected war criminals and Nazi sympathizers were handed over to German courts.  Punishments were minor because Germans were reluctant to judge compatriots for what they themselves had indulged in.  Truth was a casualty.  While Nazi industrialists scrubbed their records clean, the U.S. oversaw a series of acts of clemency in 1950–51, including for Flick.  The Korean war was on, so America needed Germany and its industry.

The five dynasties highlighted in the book brazened it out: they were enthusiastic Nazis but claimed they were forced to join the party.  Kaselowsky and Flick, for example, as members of Himmler’s Circle of Friends, had toured Dachau and contributed to his racist Lebensborn program.  Yet they all walked free.  And their heirs have done little to acknowledge the crimes behind their riches.  De Jong counters that silence with his meticulous research. 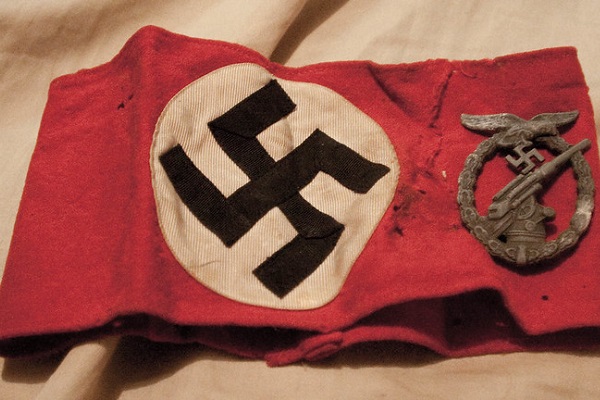