This is the one time when leftists insist that the woman got what was coming to her.

The Only Rape Where the Left Says Victim-Blaming Is Okay – American Thinker<!—->

Swedish officials are warning Ukrainian women living in refugee centers not to dress in a way that might provoke men from “other cultures” — code for Muslim migrants, who, in Sweden, are mostly of the Somali variety — who reside in the same refugee center.

And how do these hapless Ukrainian refugees dress, to prompt such a warning?  According to Gitana Bengtsson, who has been helping them, “they usually dressed like us, you and me.  There is nothing strange about it.  They did not look like prostitutes.  If those women lived in the city, no one would tell them how to dress.”  Even so, and now that summer is near, the site manager has advised them not to wear shorts or skirts that reveal their body parts.

There have, moreover, been several other reports of Muslim migrants attacking or making female Ukrainian refugees feel unsafe.  In one instance, migrants broke into the hostels of Ukrainian women living with their children.  “They said that Sweden was a safe country, but I have not seen that,” one of these women said later.  Another woman said that, in Ukraine, they at least understood and knew how to respond to threats: “[w]hen there are bombs, I know at least that I can go down to the basement and hide there” — whereas now a migrant would-be rapist might be lurking there.

These Ukrainian women, unused to Muslims, apparently need to get with the times and embrace “multicultural” living.  The fact is, Western nations that house large Muslim migrant populations have repeatedly implied that if rapes are on the rise in their nations — Sweden is now the rape capital of the West, thanks to its Muslim population — that is because women are not doing “their part.”

After a 20-year-old Austrian woman waiting at a bus stop in Vienna was attacked, beaten, and robbed by four Muslim men—including one who “started [by] putting his hands through my hair and made it clear that in his cultural background there were hardly any blonde women” — police responded by telling the victim to dye her hair:

At first I was scared, but now I’m more angry than anything. After the attack they told me that women shouldn’t be alone on the streets after 8pm. And they also gave me other advice, telling me I should dye my hair dark and also not dress in such a provocative way. Indirectly that means I was partly to blame for what happened to me. That is a massive insult.

In 2001, Unni Wikan, a female professor of social anthropology at the University of Oslo, said:

“Norwegian women must take their share of responsibility for these rapes,” because Muslim men found their manner of dress provocative. The professor’s conclusion was not that Muslim men living in the West needed to adjust to Western norms, but the exact opposite: “Norwegian women must realize that we live in a Multicultural society and adapt themselves to it.”

So much for the feminist claim that women are free to dress and behave as promiscuously and provocatively as they want — and woe to the man who dares cite this as justifying male sexual aggression.  Apparently, this feminist refrain does not apply to Muslim men.

And who can forget when Muslim migrant mobs sexually assaulted as many as one thousand women on New Year’s Eve 2016 in Cologne, Germany?  Then, the city’s mayor, Henriette Reker, called on the women — the victims, not their male abusers — to make changes: “women and young girls … should go out and have fun, but they need to be better prepared, especially with the Cologne carnival coming up.  For this, we will publish online guidelines that these young women can read through to prepare themselves.”

In yet another instance, seven Muslim migrants raped a teenage German girl in a park, after drugging her at a disco in Freiburg.  (She at least survived; in a similar case that occurred a week earlier in Italy, the drugged rape victim was left murdered.)  Bernhard Rotzinger, the police chief of Freiburg, responded by saying, “We cannot offer citizens an all-risk insurance [against crime], but I can advise this: don’t make yourself vulnerable by using alcohol or drugs.”

“Advice” against alcohol, drugs, and reckless behavior would be much more welcome had it not been made under duress.  As things stand, it is a cop-out.  Or, as another report discussing the aforementioned rape in Freiburg puts it, “[t]he focus on prevention is a good thing, but also shows how German authorities and media barely hold the migrant crisis responsible for the disaster that is unfolding in Germany.  Political correctness has caused officials to put the blame for the criminal acts on the women instead of Merkel’s guests.”

The greater irony of all these excuses is that, from the very start of Islam 14 centuries ago, European women — even completely continent nuns — have always been portrayed by Muslims as sexually promiscuous by nature, and how they dressed had nothing to do with it.  This article discusses the historic roots of this phenomenon.  Modern-day examples indicating that this motif is still alive and well follow:

In short, the ancient Islamic motif concerning the alleged promiscuity of European women is alive and well — irrespective of the latter’s behavior or dress — and continues to drive the Muslim rape of Western women.

Yet, even in this, Islam can turn to those “progressive,” godless elements that dominate Western society for cover.  For, just as “the left” has worked long and hard to portray Islamic intolerance, violence, and terrorism as the West’s fault — because of the Crusades, because of colonialism, because of cartoons, because of Israel, because of freedom of speech — it now adds and legitimizes Islam’s worldview concerning Western promiscuity to the list of reasons that “provoke” Muslims to attack.

Raymond Ibrahim, author of Defenders of the West: The Christian Heroes Who Stood against Islam, is a Shillman Fellow at the David Horowitz Freedom Center, a Judith Rosen Friedman Fellow at the Middle East Forum, and a Distinguished Senior Fellow at the Gatestone Institute. 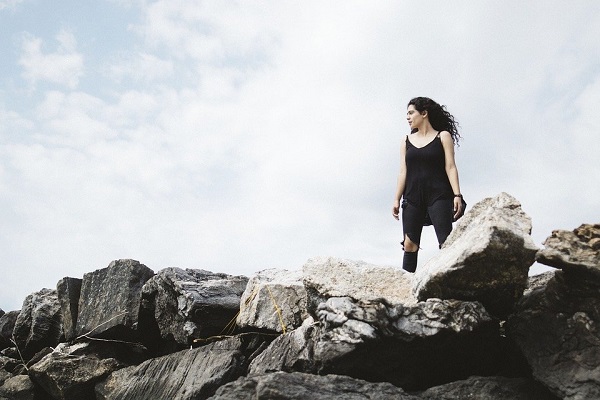