Get this one right, and the whole issue is solved.

The Only Relevant Question about Abortion – American Thinker<!—->

It can be maddening and baffling to engage in debate with left-wing activists.  Their love of ad hominem arguments and non sequiturs would make a sophist blush.  Their stated principles shift during an argument like a kaleidoscope.  That doesn’t even begin to take into account their shrieking rage and cosplay costumes.  Yet on the abortion question, all their histrionics are designed to obscure the one fundamental question that must be answered before any further discussion can take place: is the fetus a human person or is he not?  If he is, he is entitled to all the protections all other human persons have.

As a young lawyer riding the circuit in Illinois, Abraham Lincoln was often an enigma to his colleagues.  He seemed frequently to concede too many points to his opponent, yet he prevailed.  His genius was to find the fundamental issue, then grab hold of it like a bulldog with a rag, refusing to let go or be distracted from it.  Pro-lifers should adopt Lincoln’s strategy and hold fast to it.

Almost all the arguments abortion advocates advance are rhetorical variations of Three-Card Monte.  The aim is to draw your attention away from where the action really is.  Though they have a full set of tools of distraction, there is a primary argument, usually accompanied by three smaller ones.  Each of these is facilitated by a consistent sleight-of-hand trick.

The big distraction is to call abortion a woman’s “right.”  This both misunderstands what a right is and misapplies it to the specific case.  Under natural law theory (which is the basis of our Bill of Rights), all rights precede the existence of the state.  Rights are endowed to each person by virtue of his existence — and the state has no authority over them.  They are granted by God through natural law.  This is a critical protection, for he who has authority to grant a right has equal authority to revoke it.  This takes government entirely out of the business of dispensing and revoking rights.  In fact, it makes the defense of actual rights under natural law a test of the very legitimacy of any government.  Since a right is vested in a person by virtue of being a human person, the argument of a woman’s right to kill another human person is irrelevant to the point of incoherence.

The three smaller distractions include the argument that all children should be wanted and have a comfortable life.  If your answer to that problem is to kill those who are unwanted or impoverished, why not solve all poverty and hardship with an assault rifle?  The answer is obvious: we don’t do that to actual persons.  Current circumstances are never a completely reliable guide to future prospects, as Sen. Tim Scott (R-S.C.) pointedly told Treasury secretary Janet Yellen.  The second distraction is the undue burden it places on an unwilling mother.  If killing a person is a remedy for an undue burden, we can clear out the nursing homes and orphanages with the above referenced assault rifle.  But we don’t do that to actual persons.  The third major point is that having a child would adversely impact a woman’s career prospects and options.  That is an argument from interest.  If we can kill people because they threaten our interests, a hitman would be a respectable part of the service economy.  We don’t do that to actual people.

All of these arguments are decimated when the focus is on the actual, vitally relevant question: the humanity of the unborn.  Science and orthodox Christian theology are yoked on that question; a fetus is just an early stage of development of a human person.  If people tell me to “keep your rosaries off my ovaries,” I ask if they are among those primitive science-deniers.  (They hate that!)

The sleight of hand the left uses is to talk of principles.  A generation or so ago, most honorable people worked hard to develop a set of principles, which were the pylons sunk in bedrock to build a foundation for a coherent intellectual worldview.  Even when flawed or mistaken, a person’s actions and arguments were mainly in service to his foundational principles.

Modern leftists have appetites.  Their actions, arguments and principles are all malleable things in service to their capriciously arbitrary appetites.  This is how, a month ago, the left argued that no one (except perhaps a biologist) could begin to define what a woman is and now argue that only those undefinable beings have any say about abortion.  Don’t get lost in the weeds with them.  Demand that they answer the fundamental question.

Neither be shaken by nor waste time with the bitter-enders, those to whom abortion advocacy is a cosmic crusade rather than a rational decision.  Even without the dissolution of coherent and consistent principles, there would be a cohort to whom abortion is the animating issue, which gives their life meaning.  So it was with the great debate over slavery 170 years ago.

Take another page from Lincoln.  Without ever falling into raw hatred of his most vitriolic foes, he addressed himself primarily to those in the great middle — those who were not directly affected by slavery but felt vaguely uncomfortable with it.  Most of them genuinely wanted to do what was right but were not quite sure what that was.  It was to the angels of their better nature that he appealed.  Staying focused on the fundamental humanity of the enslaved, Lincoln used logic and evidence to persuade those who were uncertain into his camp.

Focusing on the fundamental humanity of the unborn child will not settle the issue with those who are vested in abortion advocacy.  Rather, it is a battle plan, which, adhered to rigorously, will make them into an ever diminishing and disreputable remnant.

If the Supreme Court overturns Roe v. Wade, as now seems likely, it will be a big step in the right direction.  But it is a beginning, not an end.  Pro-lifers’ work is not done until our culture once again fully acknowledges the human dignity and irrevocable right to life of every person, no matter what his stage of development.  Keep focused, and many of us may live to see the day when every innocent person is valued and protected. 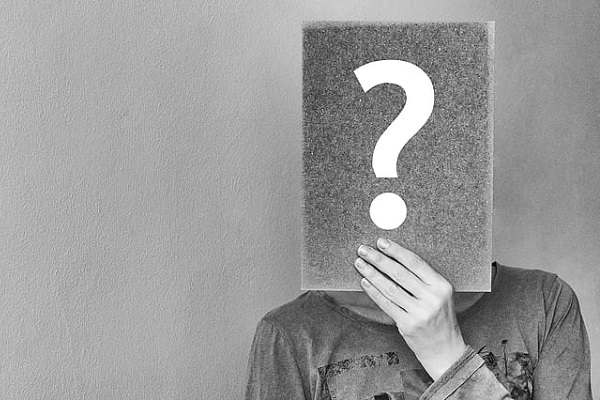