The Racialization Of America – American Thinker<!—->

Theories aplenty are floating about the causes of the increase in mass shootings. The White House and the mainstream media (MSM) have zeroed in on the gun lobby and gun manufacturers. Others point to the physical isolation from the Teachers-Union-abetted world record for remote schooling, and its relationship with mental health problems. Unmentioned is the influence of the racialization of America that commenced early in the pandemic. On May 25, 2020, a Black man who’d ingested huge quantities of illegal drugs died while a White cop restrained him as an angry crowd threatened. Democrats seized this incident as an opportunity to reclaim the White House and dominate government by racially dividing the nation.

The strategy was easy to execute because, unlike many governments that prohibit collecting data on “race” due to prior nefarious applications, the U.S. government collects race data on every form. After May 25, Americans became inundated with unvalidated race-based data. The MSM reported on the racial disproportionality in arrests and incarceration, the chances of dying from COVID, infant mortality, educational outcomes, income, medical treatment, and more. The conclusion: all this disproportionality is due to White supremacy/oppression.

Publishing unopposed claims is un-American. It’s a characteristic of dictatorships but the MSM and social media voluntarily dispensed with journalistic integrity to racialize American and get rid of Trump.

Propaganda notwithstanding, the data on race is meaningless—unless it is given meaning. To explain, look at how the race hustlers have manipulated racist stereotypes using incomplete racial data. According to the left, there are 235 million U.S. residents who are racially White, irrespective of their points of origin from over 100 countries on five continents. These “people of Whiteland” are stereotyped as White privileged oppressors. Likewise, the “people of Blackland,” who number 47 million, come from over 70 countries. They have the racist stereotype of victim and so do the “people of Brownland” and the “people of Mixed-Race land.” These last two categories include 61 million people from 33 countries in Latin America; 24 million from 25 Asian countries; 5 million Native Americans, Pacific Islanders, and Alaskan natives; and 24 million mixed-race people. To impose blanket racial stereotypes on these many cultures is ludicrous—yet that’s what Democrats do.

In the tragedy of hundreds of mass shootings in America (defined as any shooting with four or more victims in close geographic proximity, a definition that describes hundreds of incidents annually, usually gang related), Democrats and the MSM have again leveraged the racialization strategy. Repetitive felon, Darrell Brooks, who is Black, was raised without a father on welfare. He was an unabashed, uncensored anti-White racist who promoted killing White people. A beneficiary of the post-May 25 law enforcement reforms, Brooks left jail and promptly killed six White people and injured 62 others, using his car as a weapon. 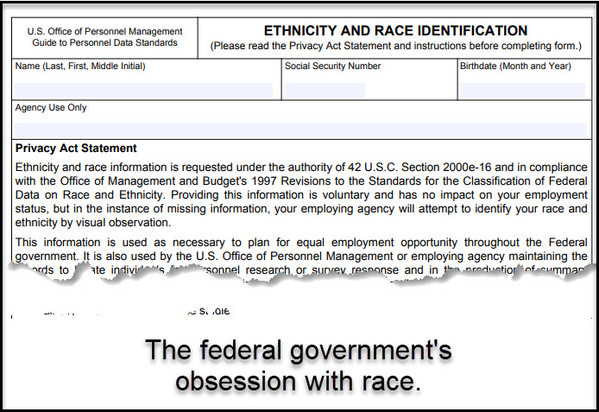 Brooks terrorized the 89% White population in Waukesha, Wisconsin. Still, he wasn’t charged with a hate crime or domestic terrorism, the media downplayed the racial aspects of his crime, and this horrific tragedy had a news life that rivaled reports that Brooks complained of racism in prison, or the April 12 shooting of ten people on a New York City subway by Black nationalist/supremacist Frank James, and the suggestion that murdering innocent White parade goers was justified because they were White supremacists, like all the people of Whiteland.

Significantly, the numerous reports of Buffalo mass murderer Peyton Gendron began with the descriptor “White.” It was easy to surmise he was a privileged supremacist. Like many locked-down kids, he contemplated suicide, grew paranoid about germs, and whiled away his time surfing the internet. His interest centered on White supremacy, and in 2020 and 2021, there was a media obsession with fingering White supremacy for the cause of racial disproportionalities plaguing America. Gendron ended up shooting thirteen people in a grocery store in Buffalo. Eleven were Black and two were White. He was charged with a hate crime and as a domestic terrorist.

There have been over 200 mass shootings so far this year but, unusually, President Biden flew to Buffalo to address the grieving Black community. Focusing on his strategy, he pummeled White supremacism, domestic [White] terrorism, and the White hatred that stains America.

To convincingly build a case for mass shootings and racial hatred, Biden should have flown to Waukesha. Blacks are five times more likely to engage in mass shootings and Blacks disproportionately perpetrate hate crimes to the tune of 3:1 versus Whites (a ratio calculated to adjust for Whites being 4.96 times the population of Blacks) and the data on Whites are known to be overstated. “The FBI tabulates suspected offenders by race. This is White, Black, Asian, and American Indian.” Ninety-six percent of Latinos are categorized as White. The data are even more inaccurate because crimes minorities commit against Whites normally aren’t charged as hate crimes.

Notwithstanding known gross data inaccuracies, recorded hate crimes against Whites, Blacks, and Asians were up a minimum of 25%, and cross-racial murders were up similarly, following what Biden disingenuously called the unifying post-Floyd events. Skyrocketing hate is a foreseeable but inadvertent outcome of the racialization strategy.

Why do Blacks commit so many hate crimes? Is it far-fetched to say they can’t escape the daily indoctrination of being victims of White oppressors? Or the prophecies of government-aligned and -feted Ibram X Kendi teaching racism cures racism? His teachings undergird Project 1619 and Critical Race Theory, both of which support the Democrat’s racialization strategy.

Salvador Ramos was, like many boys, raised without his dad’s presence. He was a high-school dropout, a welfare kid, his parents had criminal records, and he became a criminal. He murdered twenty-one, mostly children. Seventeen were brown Latinos, and two were “non-Hispanic White.”

If children hadn’t been involved, this horrific event would have been just another mass shooting in America briefly covered by the local media. Whoopi Goldberg explained how non-racist mass casualties were less bad, a claim she supported with reference to the Holocaust. In fact, almost all victims and descendants (99%) of victims of genocides, ethnic cleansings, and massacres have the same race as their oppressors. This is also true of most of the 200+ mass murders in America in 2022. Most victims and oppressors are Black. Most people don’t know this because Goldberg, the MSM, and Democrats all hew to a party line to prevent damage to their strategy if Americans were informed of the realities of non-race-based mass murders.

As if trapped in the 1950s, the Democrats’ strategy has a Black and White framework (Blacks as victims of White oppressors). Brown people don’t fit the strategy. Indeed, they are a distraction. Their descendants weren’t enslaved or Jim Crowed in America. Worse, Latinos and Blacks are hardly brothers and sisters in arms. Mutual animosities tied to competition for jobs and other resources and long histories of cross-racism are rife.

The distraction of browns is something that irked former President Obama so much that he endeavored to shift the nation’s sympathies from Uvalde to the origins of the racialization strategy: a Black man killed by a White cop. Biden responded with an executive order to further discredit policing when race-driven anti-police reforms are a contributing factor to the increase in mass shootings.

Of all the changes that can influence the drivers of mass shootings, ending the racialization strategy is the easiest and most powerful. American children and adults have no concept of what it means to be American anymore. America is the world’s leading anti-racist nation, but Americans don’t know that. The government and MSM have fashioned America into an irredeemable racist pariah. Instead of a land of opportunity, America is painted more like Russia: a land of shameful oppressors and hopeless victims. The MSM and social media need to drop their slavish bias in support of Democratic strategies and return to journalistic integrity. This embodies American values, and it will be unifying at a time when America and Americans need it more than ever.

Kathleen Brush, Ph.D. is the author of Reparations for All or None.