Eric Swalwell's most absurd accusation yet.

The Ridiculous Charge that the Supreme Court Might End Interracial Marriage? – American Thinker<!—->

On Tuesday, in light of the leak from the Supreme Court on the possibility of overturning Roe v. Wade, Democrat Representative from California Eric Swalwell tweeted out this little gem. In said tweet he states, “[Republicans] want to ban interracial marriage.”

My first thought on this statement was that this is such a ridiculous thing to say that it does not even need to be addressed. Then I thought about how so many of these people actually believe it. For instance, about a month ago, I happened across a gaming website’s political forum post about the same topic. This is a very left-leaning board which believes that CNN is Republican-controlled opposition, they are very comfortable being themselves here. Thus, no matter how ridiculous I or colleagues on the right might think it is for the other side to believe such things, it is worth taking notice of their beliefs.

To establish context, this claim that the Republicans want to ban interracial marriage comes from an interview wherein Indiana Republican senator Mike Braun allegedly stated that he thought it was a mistake for the Supreme Court to end southern anti-miscegenation laws in 1967. Simply looking at what Senator Braun actually said dismisses this notion. According to Slate.com, the exact exchange was:

“So you would be O.K. with the Supreme Court leaving the question of interracial marriage to the states?” a reporter asked.

“Yes,” Braun answered. “I think that that’s something that if you’re not wanting the Supreme Court to weigh in on issues like that, you’re not going to be able to have your cake and eat it too. I think that’s hypocritical.“

When looking at the full interview (which Slate does provide) it becomes quite clear (if it was not clear already) that Senator Braun was addressing judicial activism. In particular he was addressing what the Right perceives as rampant Supreme Court overreach in matters that should be left alone. The interviewer was basically asking if it would be judicial activism should the Supreme Court overturn the right to abortion nationwide. Mike Braun replied that the ruling would simply return the right to choose the legal status of abortion to the states, which he viewed as a neutral position. The interviewer asked if the same position could be taken on interracial marriage with the Loving v. Virginia case. The senator replied that if the court ruling on abortion is judicial activism then the same would indeed be true 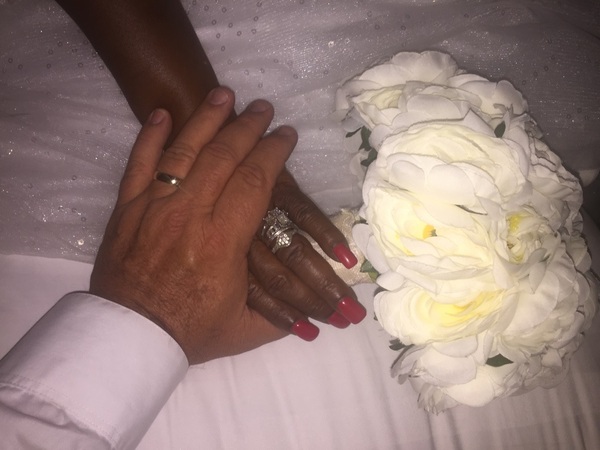 with Loving. The senator’s response was that it would be hypocritical to think the Supreme Court can exercise its ability to make nation-wide rulings in some cases and not others. Ergo, if one believes that the issue of abortion should not be opined on by the Supreme Court then the same standard applies to interracial marriage.

However, due to the fact that leftists think that Republicans are irredeemably racist, this was their natural conclusion.

Now to demonstrate the absurdity of the idea, let us pretend that Republican members of Congress wanted to ban interracial marriage. This would first require them to win both houses of Congress in such huge numbers that they would be capable of overturning Joe Biden’s expected veto of any such fictional law. This is just not a thing that can happen in the upcoming race.

The obvious reasons of each justice’s humanity aside, several conservative members of the court would have personal reasons against such a law. First, if one were to look up Justice Clarence Thomas and his wife, Virginia, they might notice something about them. The couple is mixed race, Justice Thomas being black and Ginni being white. I personally doubt that Justice Thomas would uphold a law that would nullify his marriage.

Next is Justice Amy Coney Barrett, who has seven children. Two of Justice Barrett’s children are adopted from Haiti, and they are black. It seems quite evident that Justice Barrett loves these children the same as her biological children. It seems dubious to believe that someone willing to adopt and raise children of a different race would despise that race enough to prohibit said children from marriage to members of different races.

There it is, assuming the other Republican-appointed judges wanted to uphold a ban on interracial marriage, there are at least two who would undoubtedly join the Democrat judges in striking down such a law. However, there is also no reason to assume that Justices Roberts, Kavanaugh, Gorsuch, or Alito would even want to end interracial marriage.

And it bears repeating that there is no reason to assume Republicans want to end interracial marriage. In my searches, I could not find a single currently elected Republican who ever said that he wanted to do such a thing. Even if the issue were returned to the states, it is very unlikely that any state would want to make the effort to end so many marriages (as of 2015 it was nearly one-fifth of all marriages).

No, nobody is coming for interracial marriage, and there is no reason to think anyone will.

Breason Jacak is a pen name.