Thursday evening's disgraceful spectacle concocted by congressional Democrats and the media will go down in history -- but not in the way they intended.

Thursday evening’s disgraceful spectacle concocted by congressional Democrats and the media will go down in history — but not in the way they intended.

Far from shocking Americans with “new” testimony from a visibly terrified Ivanka Trump or a know-nothing Capitol police officer who described the Jan. 6 confrontations as “a war scene,” which it most certainly was not, Thursday’s spectacle only reinforced the national divide between Trump supporters and the Democrats and the media elites.

Even Democrat strategists and media commentators admit that the hearings are not aimed at changing public opinion. “Instead, the committee’s work is most clearly aimed at the top brass at the Department of Justice who will decide whether to bring charges against Trump and members of his inner circle,” Jonathan Allen wrote in a commentary for NBC News.

That in itself should be enough to terrify any American who lived through the Cold War, or who read Kafka in high school or college.

We have entered an era of show trials, just like the extravaganzas produced by Soviet dictator Joseph Stalin in the 1930s.

The goal of the show trial is to intimidate and to deflect. In this case, the Democrats want to intimidate Donald Trump and his supporters, by threatening them with prosecution on charges of sedition for allegedly planning, encouraging, and supporting the rioters. (This is undoubtedly why Ivanka Trump looked like a deer in the headlights in the 16 second video clip of her testimony Rep. Liz Cheney aired at the hearing on a giant screen above the committee members’ heads).

The deflection piece is what the Democrats don’t want you to see, and have been desperately trying to keep Americans from looking at since November 3, 2020.

From the beginning, they used the phrase the “Big Lie,” a term introduced by Hitler’s propaganda chief, Josef Goebbels, to describe efforts by President Trump to call attention to rampant evidence of election irregularities. You cannot read or watch elite media news coverage of the election that doesn’t refer to “Trump’s unproven lies” about the election.

But the more the American people looked, the more they believed President Trump and their lying eyes. How was it, in the most tech-savvy country in the world, that most of us went to bed at midnight on election night with TV images of unassailable Trump margins of victory in all five swing states with 98% of the vote counted, and woke up the next morning to see those margins had collapsed and somehow only 92% or 94% percent of the votes had now been counted?

In the months between the election and January 6, we saw dozens of lawsuits filed in these swing states, with thousands of eyewitness affidavits, filed upon penalty of criminal perjury, describing clear-cut violations of election law, and all of them were dismissed. As I wrote at the time, it made many Americans lose faith in our system of justice.

By the time January 6 rolled around, Americans were angry, frustrated, and disillusioned. They believed they had been swindled out of their vote and their president, but they didn’t know what to do about it. Indeed, our system had failed the people it was designed to protect. 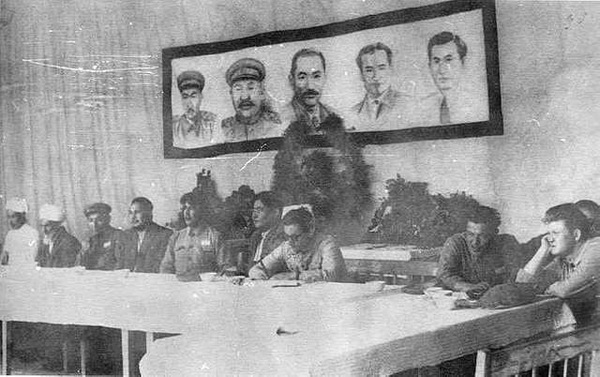 Because Americans would not — and will not — let go of their belief that the 2020 election was stolen no matter how much the elite media pounded them with lies, Congressional Democrats impeached President Trump a second time after he left office.

But even that wasn’t enough. Trump just wouldn’t go away, and neither would his supporters. So the congressional Democrats needed to go long. They created a Select Committee, and endowed it with unconstitutional police powers to intimidate Trump insiders such as Peter Navarro, hauling him off a plane and clamping him in leg irons, even though he had been discussing with FBI officers how to present testimony to the Committee while upholding executive privilege.

Three new high-profile documents are driving the Democrats insane and encouraging them and the Trump-hating Republicans to double down with the Jan. 6 hearings.

One month later, thanks to a phenomenal investigation by True the Vote, Dinesh D’Souza released 2000 Mules, which showed the Zuckerberg money in action, stuffing ballot drop boxes in key swing districts across America.

Just days later, former Michigan state senator Patrick Colbeck released The 2020 Coup, which examined the structural flaws of America’s decentralized elections systems, how they could be manipulated, and then matched that to events he and others had witnessed on the ground and presented before various courts across the country.

Colbeck described “ballot shaving,” a process of manipulating the votes by a small margin so not to attract attention or trigger an audit. I showed how this process worked in my August 2020 novel, The Election Heist, which predicted many of the schemes that actually happened in the 2020 election.

Colbeck argues that Americans will only learn the truth — and begin to heal the deep divisions caused by the theft of the 2020 elections — if county sheriffs and other judicial authorities conduct full forensic investigations of the election.

In the meantime, whenever you hear that a county or state supervisor of elections has filed suit to prevent the release of election records, or has destroyed those records before the 22 months they are required by federal statute to retain them, understand that you have just witnessed an accessory to election fraud.

The Democrats knew Trump was going to win an overwhelming victory on November 3, 2020, and conceived an intricate, nationwide plan to steal that victory — not by turning out new voters, but by fabricating them and, when they didn’t have enough, by introducing vote-splicing algorithms into election tabulators on election night. They even boasted of their effort after the fact.

Now, with the Jan. 6 Committee, they are hoping to complete the cover-up. I predict they will fail — because the American people have already seen through them. But in the meantime, it could get very ugly.

Ken Timmerman’s 12th book of non-fiction, And the Rest is History: Tales of Hostages, Arms Dealers, Dirty Tricks, and Spies, will be released by Post Hill Press on Aug. 31. His website is kentimmerman.com