We cannot allow Russia to win her war of aggression.

The Significance of Ukraine – American Thinker<!—->

Some observers think that the United States has committed acts of war against Russia through sanctions, provisions of war materiel, and intelligence and that we are, therefore, partly responsible if Russia is “driven” to attack us with nuclear weapons. This is not true. That we are involved in the defense of Ukraine does not make us guilty of acts of war.

The United States signed the Budapest Memorandum in 1994, along with Great Britain and Russia, guaranteeing the sovereignty of Ukraine after she left the Soviet Union in 1991. In this Agreement, Russia acknowledged Ukraine as a separate nation. Her defense was promised by all three parties.

In 2014 and then 2015, the Minsk Accords were signed to help end the separatist war in the Donbas region of Eastern Ukraine as negotiated by the Russians. The Accords included “withdrawal of all foreign armed formations, equipment, and mercenaries.” Russia now claims the Minsk Accords do not exist. Russia now claims that Ukraine was to have “symbolic” not actual sovereignty.

Russia also claims that her “special operations” are not an invasion. Russia claims she is merely trying to de-Nazify Ukraine for the good of the Ukrainian people and take the Donbas Region of Russian loyalists, crucial ports on the Black Sea, and anything else she can conquer, as the true sovereign of Ukraine.

Goodness. If these explanations are not enough, the Russian propaganda arm is in full swing scaring the daylights out of people with the veiled threat of nuclear war. The United States is not committing acts of war, though. Instead, we are honoring an agreement we signed with Russia and Great Britain to defend Ukrainian sovereignty.

Let’s be clear: NATO itself is not a military alliance for offense. The European Union is not composed of ruthless dictators waiting to injure Russia. And, while Ukraine is corrupt, that’s because it was part of Communist Russia since 1922 and Russia is corrupt. Never forget, though, that communist Russian leaders, beginning with Stalin, starved the Ukrainian people from 1932 to 1933. To finish them off Stalin shot or deported to Siberia almost all Ukrainian writers, thinkers, and professionals in the 1940s. 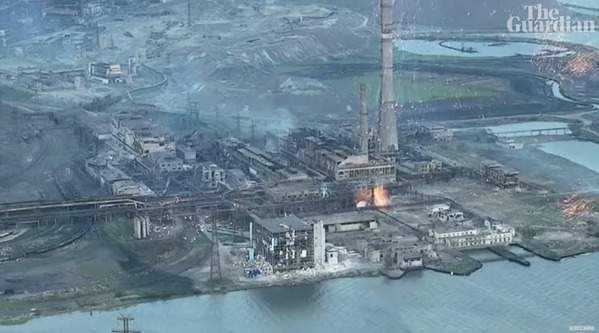 No one blames Russia for thinking that Ukraine would surrender quickly as the best and brightest Ukrainians have been murdered or starved by Russian leaders for 100 years. But guess what? Ukraine is fighting back. Ukraine was stripped of its defenses by the international community but, instead of cowering, Ukraine is standing tall. The Ukrainian people voted out the Russian lackey and by some miracle, a true Ukrainian patriot has emerged.

The United States saw no hope for Ukraine and offered to take their President out of the country. He said No! The American people saw the atrocities and said No! as well. The current administration, not wanting to offend Russia as it negotiates for the United States on behalf of a treasonous agreement with Iran, threw a few meaningless sanctions on the Russians and made a few statements but had no intention of actually helping.

Time has passed. The Russians were supposed to make a quick invasion and the American administration could say that it did all it could while really hoping Russia defeated Ukraine with all due speed. We were HELPING the Russians, not committing acts of war against them.

Against all odds and because of some very brave reporting, the world can see what Russia is all about. The genocide of Ukraine, begun one hundred years ago, still goes on. Mass graves – hands tied behind the back – rape – deliberate civilian extermination – starvation – millions of refugees – dogs and cats scrambling for food – shelling of homes, maternity hospitals – cluster bombs, and on and on.

Surrender! says Russia. No! says Ukraine. We don’t need wars of choice! say prominent American commentators. This isn’t a war of choice! say the American people. The current American administration is so incompetent they cannot be making the right call! claims ardent detractors. We are headed for WWIII! cries the NY Times while they leak information that harms international efforts towards peace.

Let’s be clear. America is helping Ukraine because the American People are demanding we help. Our strength has emboldened Great Britain and Germany to step to the plate. Finland and Sweden, always reluctant to side with the United States, are coming around. The Red Cross is trying its best. Volunteers are everywhere. Private militias are trying to rescue, trying to train and fight alongside.

The War Crimes you see are Russia’s crimes. The American People will not allow nuclear extortion to prevail. Russia’s plan to join Communist China on an international Belt and Road project through Ukraine, controlling crucial commerce through the Black Sea, taking over Moldova and Turkey in an attack on Europe and the West must be stopped.

For victory to last, the United States must also offer to provide Europe with the oil and gas she needs to survive. We need to make that offer now, as perhaps the best chance for peace. No nation produces energy as cleanly and as efficiently as the United States. We must provide the energy the world needs immediately or the Chinese/Russian/Iranian alliance will be impossible to stop.