Obsessing over Ukraine is distracting Americans from the horrors we're facing here every day.

The Silent Invasion and War at Home – American Thinker<!—->

It has been chilling to watch the steady number of deaths, the territory invaded, the executions and rapes, the fear and the flight.  It is especially shocking because we had peace for so long, but now we see all the possibilities of evil coming out.

I’m not talking about Ukraine — I’m speaking of an invasion right here in the United States.  Migrants, mostly Hispanic, are entering the U.S. at the rate of at least 2 million per year — or 20 million in the next decade — and with them come hundreds of thousands of violent gang members.  Meanwhile, our own inner-city gangs are spreading out into affluent suburban areas, invading high-end shopping areas and stealing from stores and individuals, often at gunpoint and with deadly consequences.

I am not being alarmist or racist.  I am simply describing what is happening and pointing out the future state of affairs if we do nothing.  If anything, my numbers are low, and my words cannot describe the horror of what is happening.

The most numerous victims of this invasion are blacks and Hispanics who are attacked by young men of their own race.  These are the forgotten men and women in our society, and this is a topic that mainstream news won’t cover because the killers are mostly black and Hispanic.  Just in 2020, the year of the “defund the police” protests, murders of blacks soared by 32%, and they’re only continuing.

We’re seeing an explosion in the number of carjackings and car thefts, along with murders, home invasions, rapes, assaults, and other violent crimes, not just in our cities, but in suburban areas as well.  And authorities cannot or will not do anything to stop it.  There has always been violent crime in Chicago, but now there seems to be a crime wave, and it includes the murder of children, police officers, and the elderly.  The authorities mumble about “root causes,” but social work won’t reduce the numbers.  We are at war, and war requires the use of force.

The perpetrators are largely the same in every location: young black and Hispanic men, heavily armed and with no apparent conscience or morality.  They prey on the weak and take what they want, which seems to be money, sex, drugs, and a certain kind of street cred that they mistake for status.

These thugs now control the streets, even in many smaller cities.  Mayors like Lori Lightfoot seem to have given up.  They attempt to change the subject and ignore the problem, just as the Biden administration does.

Biden ignores the fact that we have been invaded by a powerful army of young men of similar backgrounds and natures — ruthless gang members and repeat offenders with the same teardrop tattoos signifying their having committed murder, the same cold, haughty stare, the same hostile swagger and domineering speech.  These criminals have become so familiar that even some middle-class whites, through popular culture and rap music, have mistaken them for Robin Hood–type heroes.

They are anything but heroes.  They inflict suffering and death on everyone around them.  Like half-starved lions released into the Coliseum, they exist only to murder and prey on the weak.

More Americans have died in this war over the past decade (some 200,000) than Ukrainians who have died in their war (13,000 according to a recent count), and American cities are beginning to resemble the bombed out shells of civilization we see in Mariupol and Kharkiv.  The difference is that everyone notices the destruction in Ukraine, but few understand the magnitude of violent crime in the U.S.  If the media coverage were honest and proportional, Americans would demand change.

We have been invaded by an army that is worse than that of Russia.  Unlike the hapless conscripts who constitute those Russian forces, the thugs who roam America are remorseless.  If anything, they enjoy killing since it inflates their sense of power, especially their power over whites, and particularly white police officers, though black victims are hardly exempt.  They are lean, muscled, and street-tough, and they are not afraid of getting caught since in most places there is no real punishment for “common” crimes like stealing cars or home break-ins, and little punishment for violent crime as well.

The invaders we face are violent and lack all compunction, but they are not all that numerous.  They fit a similar profile — a certain type of young minority drop-out, stealing or selling drugs — but according to several estimates, they constitute at most one quarter of their demographic and a smaller percentage of Hispanics.  Indeed, most blacks and Hispanics live in fear of these invaders, just as most whites do.

The Ukrainian army has repelled Russian forces in many areas.  If the Ukrainians had been properly armed, they might have turned back the Russians at the beginning and saved their country so much suffering and destruction.  In America, we don’t even realize we have been invaded, or else we refuse to admit it.  It’s not “woke” to say that young black men commit murder at 18 times the rate of the general population.  Not woke to say, as is true, that twice as many whites are murdered by blacks as are blacks by whites.  Not woke to point out that fully one quarter of black men “end up in the criminal justice system,” as Bernie Sanders has it.

One does not defeat an enemy by allowing it to murder, steal, and rape without resistance.  The only way is to recognize that we have been invaded, and we are at war.  War requires its own way of thinking and its own tactics and strategy.  At present, we arrest criminals (a few of them, since 54% of reported violent crimes and more than 75% overall go unsolved), charge them with a lesser offense, release them (in many places without bail), and watch them go right back to committing crimes.  That is the wrong strategy for a state of war.

It is possible to defeat our enemy, but it will take a change of attitude.  We must be willing to fund our police at maximum levels, support our police in their dangerous work, and indemnify them against unreasonable prosecution in their use of force, and we must elect prosecutors who actually prosecute this army of invaders.  The recall of L.A. district attorney George Gascón might be a good start.

We are under attack, and the situation is getting worse.  The only way to defeat an invading army is with greater force.  We need to provide that force so that we can live safely once again. 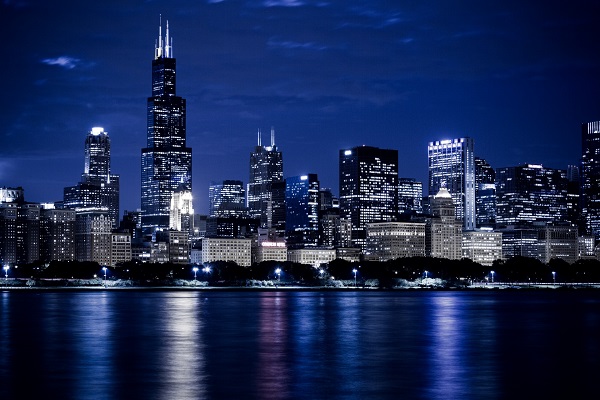