Today's Democrat party is going to need a much bigger clown car.

Democrat “thought leaders,” influencers, politicos, and voters all speak the same progressive patois — sustainability, equity, intersectionality, cultural appropriation, white fragility, and of course racism.  United in kneejerk conformity, they have all mastered the vernacular of victimhood and meaningless platitudes.

Bumper sticker slogans abound, and yard signs — science is real; love is love — loudly proclaim Democrat voters’ cheap moral virtue and confirm their mindless banality.  It would be like former MSNBC zealot Keith Olbermann, perhaps the worst person in the world, hooking up with Charles Manson to sing “We Are Family” — or maybe just hooking up, or practicing a pansexual twerking routine, or something.

Lost in a counterfactual wilderness of lies, the progressive volk always have their panties in a bunch.  On a given day, they just know that Mike Lindell and his pillows represent a direct threat to global democracy.

Of course, Federal Bureau of Investigation director Christopher Wray denies Antifa exists at all (which should raise eyebrows about the FBI’s actual relationship with Antifa).

By at least a 2-1 margin, Democrat voters support the silencing and censorship of anybody with whom they have ideological disagreements (i.e. conservative citizens).  Illiberal progressives get a dopamine rush every time they excommunicate a conservative from the public square; but, like heroin junkies, progressives soon need to cancel more and bigger scalps to temporarily quell their rage addiction.

Infantile Democrats are petulant killjoys screeching for their pacifiers.  Yet, no matter how many of their absurd demands are granted, or how often conservatives surrender on any and all cultural debates, progressives just become further infuriated. 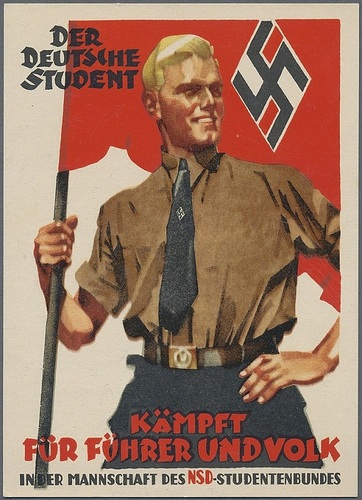 Per progressive demands, psychotropic drugs are widely legalized.  Now Democrats demand that everybody take an evidently sham vaccine of unproven efficacy with known harmful side effects.

If you are disobedient and refuse the vaccine, they threaten to take away your livelihood and socially ostracize you.  It’s not your body, and not your choice, if progressives say it’s not.

The southern border is deliberately left wide open to millions of destitute noncitizens, most of whom cannot speak the language.  Many bring the drugs that kill 100,000 or more Americans annually — and progressives demand tens or hundreds of millions more be admitted into the country, plus the right to vote (if 80% of illegal border crossers were voting Republican upon legalization, does anybody think the Left wouldn’t have built a durable, impenetrable border wall decades ago?).

Hundreds of thousands of convicted felons are released early from prison, but wise, all-knowing progressives say it’s not enough, and both the police and the judicial system should be abolished.  A massive national spike in homicides?  Oh, that’s because of COVID, or Trump, or Putin, or (insert non sequitur of choice).

America has a government of, by, and for the progressive Left.  The nexus between America’s government-media-academic-corporate complex and conservative citizens is analogous to that of the pimp and the prostitute.  The government/pimp forces the conservative taxpayer out onto the street to work and turn tricks, then demands she return and give him half the money.

If the taxpayer balks in any way at this malignant arrangement, the pimp slaps her around, and orders her to get back out there if she knows what’s good for her — and bring back the proceeds, so the pimp can buy a new fur coat or luxury automobile, or feed his drug habit.  It’s a profoundly abusive relationship, and it keeps getting worse.

As David Horowitz reminds us, inside every progressive is a little totalitarian screaming to get out.  Democrats voted for this aspirational thousand-year progressive Reich; they’re all Brandon now.  They’re all in the same clown aircraft carrier, and many are getting what they voted for, good and hard.