An ominously titled new book captures the mood as America prepared to go to war against Hitler.

The Thrill and Terror of the World on the Brink of World War II – American Thinker<!—->

The mood in the U.S. during the rise of Adolf Hitler in Germany could have been personified in Charles Lindbergh, America’s aviation hero of those times. An antisemite, he admired German efficiency and felt that America shouldn’t waste its resources helping Britain battle the Nazis.  Ordinary Americans, too, were focused not on Hitler, but on the domestic economy.  The shadow of the Great Depression was looming.   Why sacrifice blood and treasure to save Europe?  A negotiated peace with Hitler was acceptable.

President Franklin D. Roosevelt, who took first took office in 1933 and held four terms until his death in 1945, knew that the U.S. must actively engage in international affairs.  But he was restricted by the isolationist sentiment saturating the nation.  And since he needed congressional support for his domestic New Deal policies, FDR was wary of going against the grain.  In the mid-1930s, however, tensions increased as German invasions began.  With war clouds gathering over Europe, the need for U.S. involvement became apparent.

In Watching Darkness Fall: FDR, His Ambassadors, and the Rise of Adolf Hitler, David McKean presents a gripping, well documented history of America’s turnaround — from watching from the sidelines to fighting the Nazi evil.  FDR’s decisions were influenced by his ambassadors in five capitals: Breckinridge Long in Rome; William Bullitt in Moscow, and later Paris; Joseph P. Kennedy in London; and William Dodd in Berlin.  As was customary, FDR rewarded friends and campaign contributors with such appointments.  But he was aware of their strengths and foibles and tempered their reports with his astute judgment.

Dodd proved the most prescient in assessing Hitler’s ambitions and the international threat posed by Nazism.  He doubted the abilities of his fellow ambassadors, who seemed oblivious to the precarious situation in Europe and what it meant for America.  All four, nonetheless, significantly influenced Roosevelt’s actions.  McKean, a policy scholar, author, and former ambassador to Luxembourg, gives a clear and engrossing account of their inputs and FDR’s decisions.

Impressed by his fundraising and political pedigree, Roosevelt chose Long as ambassador to Italy.  An unfortunate choice: Long fawned over Mussolini, underestimated Hitler, and asked FDR to keep America out of the war and be willing to accept a Europe ruled by Hitler.  He wrote that there were only two potential “real victors” — Russia and Germany — and that German domination would be preferable because Germany had a “culture more akin to ours.”  His antisemitism and abhorrence of communism fed this view.  In a later appointment in the State Department, his insensitive immigration policies blocked the passage of thousands of European Jews to safety.  Eleanor Roosevelt once felt compelled to seek her husband’s intervention to save Jewish children.

Chosen for his pedigree and liberal views, Bullitt, a foreign correspondent in Europe, was in 1933 made the first American ambassador to Russia.  But observing Soviet Russia proved frustrating: the milieu was inhospitable, Stalin was at war with his own people, and the communist leadership was engaged in propaganda and subversion against the U.S.  He became a staunch anti-communist and felt it was impossible to establish proper relations with Stalin’s regime.  He accurately assessed that Stalin would reach an accommodation with Germany.  In 1936, he was reassigned to Paris.  After initially pushing for rapprochement between Germany and France, by 1939, he was advising Roosevelt to “create an army now” for engagement in Europe.  He opposed the concessions granted to Hitler and predicted Germany’s invasion of the Low Countries.

Kennedy was FDR’s most questionable appointment, not cut out for diplomacy, but a deliverer of the Catholic vote.  An admirer of Britain’s Prime Minister Neville Chamberlain, he was the most strident proponent of appeasement.  He even fought with the State Department and FDR over America coming to the aid of Britain.  He secretly met German diplomats and was openly antisemitic.  Ultimately, his opposition to America’s anti-Nazi policies led to his resignation and the end of his political career.  On FDR’s death, he commented snidely: “The Jews are crying they’ve lost their greatest friend and benefactor[.]”

Dodd, the chair of the history department at the University of Chicago, was by far FDR’s most effective — and yet contentious — diplomatic appointment.  His tenure in Germany is also a story of personal transformation — from pragmatic fence-sitter to a vocal antifascist.  A series of critical events led to Dodd’s assignment.  On March 21, 1933, the New York Times reported that Heinrich Himmler had announced that “the first of several concentration camps will be established.”  Below the report was another, headlined “Jews Here Demand Washington Action.”  Roosevelt was privy to stories from Germany about concentration camps, book-burnings, action against U.S. businesses, and rumors that Germany wouldn’t honor its wartime debts.  FDR and Dodd had met once, and they shared an admiration for Woodrow Wilson.  But FDR chose Dodd because he’d studied in Germany as a young man, spoke German fluently, and knew the culture.

Arriving in Berlin in April 1933, Dodd was aware of the mistreatment of Jews in Germany.  He had discussed it with FDR, Rabbi Stephen Wise, prominent bankers, politicians, and former high-ranking government officials.  In Nuremberg, he saw Nazis humiliating a woman for associating with a Jewish man.  Though sickened by the increasing persecution, he still believed he could have a moderating influence on the Nazis.  In fact, McKean writes that Dodd started out with some sympathy for the Nazis’ perception of a “Jewish problem.”  He expressed discomfort with Jews having got “too much of a hold on intellectual and business life.”

Dodd was only reflecting the zeitgeist.  But the “Night of Long Knives” — the Nazi purge of 1934, in which Hitler’s rival Ernst Rohm was executed — repulsed Dodd.  Still, the FDR administration ignored it as Germany’s internal affair.  By 1936, Dodd noticed park benches marked with yellow stars for Jews.  He learned of the increasing persecution of Jews; the growth of concentration camps; and how, during the Berlin Olympics, signs reading “Jews Not Welcome” were removed to avoid international attention.  He believed that his phones were tapped and he was being followed by the secret police.  Dodd resigned on December 29, 1937, and was replaced by Hugh Wilson.

But so far, Roosevelt remained unmoved by Dodd’s inputs.  Not even by Kristallnacht, November 9–10, 1938, on which Nazis looted more than 7,000 Jewish businesses, burned 250 synagogues, and murdered dozens of Jews across Germany, or the transportation of 30,000 Jewish men to concentration camps soon after.  Perhaps it was the ambivalent public opinion: 94% of Americans disapproved of Nazi treatment of the Jews, but 72% did not want the Jewish immigration quota increased.  FDR never spoke out publicly against antisemitism.  He even kept a resolution condemning the Reich’s persecution of Jews from reaching the Senate.

Dodd, by now a committed antifascist, lectured about the threat of expansionist Nazi Germany, warning that Hitler planned to massacre Jews.  He despaired that democracies were blind to the Nazi threat.  To his dismay, he found a disturbing amount of support for fascism in America.  There were organizations modeled after Hitler’s Brownshirts and Mussolini’s Blackshirts.  A Kansas evangelist running for the Senate denounced the “international Jew” for the “scourge of communism.”

But this waned, as did American neutrality, as German aggression escalated from 1936 to ’39.  By the time Pearl Harbor was attacked on December 7, 1941, Americans were primed to fight.  The next day, Roosevelt gave his “Day of Infamy” speech, and America declared war on Japan — and three days later, on the other Axis powers, Italy and Germany, as well.

McKean’s ominously titled book captures the gradual policy change — and tangentially, the change in public opinion — by sketching these ambassadors’ personalities; their work; their relations with the president; and, most vitally, their catalyzing input to FDR. 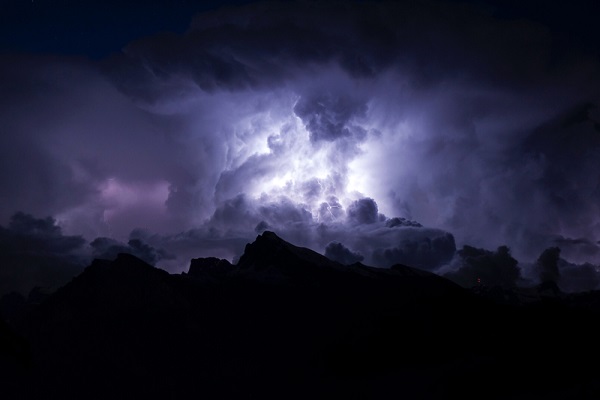