The True Evil of the World Economic Forum – American Thinker<!—->

Whenever I listen to Klaus Schwab and his Davos Death Cult buddies openly discuss their plans for world domination, I always think, “Are we really going to let another power-hungry German walk us into global conflagration?”  For a while there, I believed that Western allies had endured enough death and slaughter from the first two world wars to forge an informal understanding among themselves that uncontrolled German megalomania invariably leads to malignant outcomes for all.  Then came German reunification, and the nation’s inevitable economic dominance over all of Europe assured its status as the most powerful member of the European Union.  All that effort to constrain the German empire’s influence went up in smoke.  It turns out that it is far easier to conquer the European continent with flowery promises of “peace,” “economic integration,” and “international cooperation” than it is to send jackbooted shock troops marching past the Arc de Triomphe and down the Champs-Élysées.

Still, the Americans, Canadians, and Brits would never sit idly by while German powerbrokers remake the world in their image, right?  Wrong!  Just listen to Joe Biden, Justin Trudeau, and Boris Johnson all parroting that same Build Back Better Boobery in unison, as if they operated under the influence of some nefarious hive mind.  At first, hearing world leaders squawk identical World Economic Forum talking points was disconcerting.  Then it was nauseating.  Now it just makes them sound like walking, talking robots all under the WEF’s control.  Is it possible that Ol’ Klaus already lobotomized the West’s putative leadership and replaced their neural CPUs with state-of-the-art, German-made “Great Reset” implants?  Curse you, German engineering!

That’s where we are today, as the world’s 1% of the 1% celebrate their own magnificence in Davos and plot mankind’s future without even the pretense of seeking mankind’s consultation, let alone permission.  “The future is not just happening,” Schwab proclaimed to his SPECTRE-like cabal in Switzerland.  “The future is built by us, by a powerful community such as you here in this room.”  “Good German” Klaus and his merry band of global gentry have decided to take over the planet, and they’re so confident in their endeavors that they no longer deign to pretend otherwise.  Yep, here are our New World Order master plans!  Yes, we know we’ve called you guys “conspiracy theory nuts” for forty years, but you were right.  In hindsight, wasn’t it obvious?

So now the world waits in trepidation to discover just what Kaiser Klaus and his new nobility have in store for the rest of us.  Will another paralyzing round of viral pandemics bring a return of economic lockdowns, rigid population control, and injection mandates?  Will a global cyber-attack cut off the internet for billions and plunge the world into darkness?  Will Green New Steal socialism exacerbate global poverty, unleash famine, and trigger mass population die-offs?  Whatever happens next, the WEF has already gamed the situation and is ready to profit from the world’s pain.

In another era, World Economic Forum attendees would be rounded up and put on trial for undermining the health and security of sovereign nations.  Heck, if people properly understood the WEF as an evil engine for driving Marxist totalitarianism around the planet, they might skip the trials and go straight to the sentencing.  When so many of today’s leaders have already handed over their nation states’ keys to the aspiring dictators in Davos, however, ordinary people around the world have a real problem.

Kaiser Klaus does not hide his master plan to destroy national self-determination.  It’s a simple two-step process.  First, you capture political and economic leadership by bringing them into the WEF Club.  Then, by hook or by crook, you train those global leaders to “collaborate” for the benefit of the WEF’s members, rather than the national populations they ostensibly represent.  In my reckoning, that makes every WEF attendee committed to undermining national interests for those of Klaus’s Fourth Reich a double-agent and saboteur.  No one can serve two masters; those who have pledged allegiance to Schwab’s global coalition of the wicked cannot be trusted to serve their homelands, too.

There’s an important lesson here for those who properly object to a bunch of unelected oligarchs manipulating world events for their own purposes.  When the wealthy and powerful sing the praises of “international cooperation,” they are almost always sticking it to ordinary people.  Rigorous competition, not cooperation, is the key to keeping power in check and providing ample opportunity for all.  Since WWII, the West has been brainwashed into accepting the opposite falsehood — that competition leads to tragedy and that only forced cooperation can foster long-term peace.  Nationalism is equated with racism.  Patriotism is derided as another civic opiate for the masses.  Free markets were long ago buried with byzantine domestic regulations and international trade agreements that protect multinational monopolies at the expense of aspiring start-ups lacking the resources to overtake companies with heavy political clout.  Just as American workers can’t compete against Chinese slave labor, and oppressively regulated American factories can’t compete against scarcely regulated foreign enterprises, American voters can’t find representation in Washington, D.C., when that town’s bureaucratic army works not for Americans, but rather for the interests of foreign governments, multinational corporate boards, international financial heavyweights, and Western military alliances.  As Biden hands the Chinese-aligned World Health Organization power over Americans’ health and delivers to the United Nations control over Americans’ future use of hydrocarbon energy, an ever-smaller group of global elites assumes greater control over everyone else.  As they do so, they glorify their efforts as a victory for a “rules-based international order.”

In reality, a “rules-based international order” is antithetical to American liberty and independence.  It undermines the power and self-determination of ordinary Americans and empowers the technocratic assembly of self-identified “experts.”  It disregards the democratic interests of Americans generally and imposes the will of the über-1% upon everyone else.  It sacrifices American law for international agreements.  It substitutes government-approved speech for free speech.  It destroys privacy while justifying mass surveillance.  It transfers Americans’ control over their personal wealth to the intermediary machinations of money-printing central banks.  It elevates the power of global governing bodies over the statutory authority of local jurisdictions.  It fortifies the intrusive reach of an unelected bureaucracy, while weakening protection for individual rights.  It resurrects, in other words, a feudal system where a small number of lords and ladies hoard power over a borderless economic zone whose surviving serfs are expected to “own nothing and be happy” or else.

When “elites” cooperate among themselves, they take what they can, regulate what they can’t, and shiv everyone else.  That’s the World Economic Forum in a nutshell. 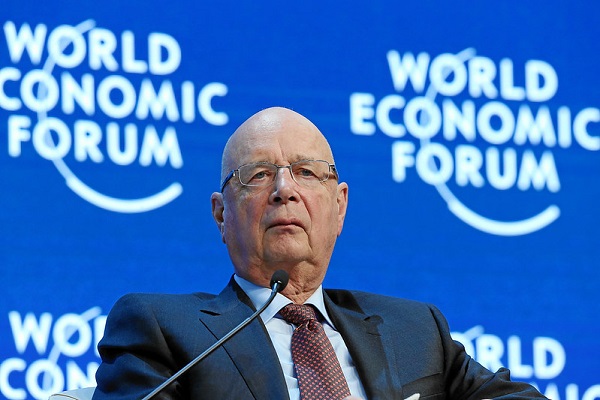