In the Forest Service's zeal to achieve results, they are too often adding fire to the landscape.

The U.S. Forest Service Should be more Careful with Matches – American Thinker<!—->

Congress and the administration have recognized the incredible challenge facing the U.S. Forest Service.  The agency manages ten percent of the continental U.S. land base.  They have allotted millions to rehabilitate the overgrown, fire-prone National Forests as well as billions for wildfire suppression.  However, in the Forest Service’s zeal to achieve results, they are too often adding fire to the landscape.  The results have unfortunately included destroying hundreds of homes and tens of thousands of acres of forest.  Note to the Forest Service: please be judicious in your use of this tool — the results can too often be devastating and even fatal.  The cure (adding fire to the landscape) can be worse than the disease (potential wildfires).

Adding fire to the landscape with: 1) deliberately set prescribed fires or 2) using fire to fight wildfires, can have positive results.  The same is true for managing natural ignitions (lightning) such as allowing single trees in a high elevation rocky wilderness to burn out on their own or allowing fires to creep around and clear underbrush under very tight specific conditions.  However, in the past several years we have seen devastating results for a number of reasons.  In some cases, the weather conditions changed and the once small incident escaped and became a major wildfire such as occurred with the recent Hermit Peak/Calf Canyon wildfire on the Santa Fe National Forest that destroyed hundreds of homes and impacted over 300,000 acres much of which is private land.

In other cases, wildfire suppression commanders, who are in charge of fighting fires, are reportedly adding fire to the forest with increasing frequency, to burn out large blocks of forest.  Their intentions were to would burn the fuel in the path of the wildfire.  However, as we have seen, where the wildfire commander was too aggressive, the added fire actually added to the wildfire’s destructive path.

Overaggressive use of fire is unfortunately not new to federal land management.  There are instances over the years where adding fire has had deadly results.  I and others who worked in managing forests and wildfires remember the names of those who perished and remember the loss of neighbors’ homes from agency ignitions.  I specifically remember in 1993, Frankie Toledo, a Jemez Pueblo firefighter, was killed by an escaped prescribed fire also on the Santa Fe National Forest. 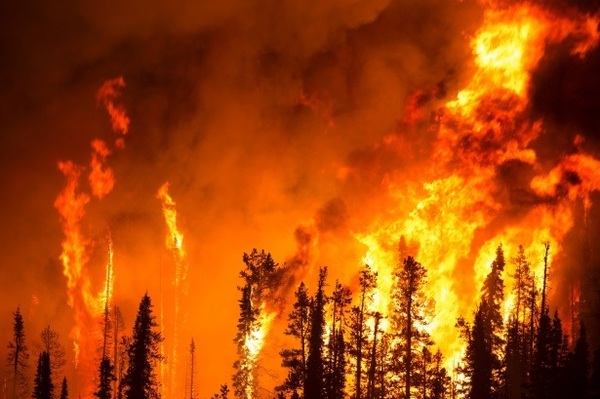 Nevertheless, it is important for the Forest Service be able to continue to use all these tools.  Prescribed fire has its place as does managing natural ignitions as does using fire to fight wildfire.  The key is to applying these tools with the utmost care. U.S. Forest Service Chief Randy Moore was right to call a ninety-day timeout.

Burning in the fall when rains and snow are expected is generally a safer alternative than spring burning when summer lies ahead with hotter and drier burning periods. Knowing the long-term weather forecast and extinguishing natural ignitions well before the weather changes is critical.  Ensuring the forest is mechanically “thinned” enough before adding or allowing fire is simply foundational.  Reconsidering the use of prescribed fire in a drought year is just common sense.  So is assessing the nation’s available wildfire suppression resources before deciding to monitor a natural ignition even under the tightest conditions. Evaluating the risk of managing a wildfire as a “big box” and adding fire vs. a rapid massive initial direct attack is a critical decision.  It requires years of experience and fire leaders who clearly value people’s lives and homes to be more important than brush and trees.  I recall how blessed we were in fighting the 2004 Waterfall fire in Carson City, Nevada, to have the experienced fire leadership we had.  They had the foresight to create a fuel break next to a subdivision and then burn out from that fuel break as the wildfire approached, saving almost 100 homes.

As a retired federal forest manager, I look back and reflect on if there were instances where I might have made a different decision in terms of prescribed fire, managing natural ignitions, or suppressing wildfire. Thanks to our experienced fire leadership we were fortunately judicious.  If I have any regrets it is not having been aggressive enough in both early detection and in suppression efforts in directly attacking wildfires.  Note to Forest Service:  you need to be able to keep using all these tools; but please consider if the results of the cure are going to be worse than the disease.  And return to a focus on early detection and suppression.  We all understand that it is impossible to always make the right call, but please — be more careful with matches.

Gary Schiff is a former forest manager in the Sierras on one of the nation’s busier wildfire districts.  He is currently a consultant connecting Israel and US natural resource interests.