Recovering liberals know it is not an easy departure from the “kinder” ideology -- even if it involves abortion.

In the seventies, as an adolescent, my peers and I who attended Catholic high school knew of some events surrounding the raucous sixties, but mostly we were shielded from much of the unrest and ensuing consequences.

One day, sitting in our religious-studies class, we were informed about Roe v. Wade, the landmark case that remains a horror for many Americans to this day. One of the Catholic presses had published an article which featuring an illustration of an aborted child which, fifty years later, remains imprinted on my psyche.

The article detailed the legality of extracting a baby from the mother’s womb.

Over the next several years, I could not wrap my head around this abomination. As a Catholic, I agreed with the Church’s stance on abortion until my early twenties, when graduate school altered my perspective. I came from a sheltered environment, and not only was I exposed to different worldviews, but pressured to re-examine mine.

For many years, I subscribed to the therapy modality of “tolerance,” shifting my stance on sacred, core beliefs.

Anyone who is a recovering liberal understands that somehow you are pressured to believe it is the healthier and better way to live your life. Tolerance is your middle name. You are anointed as more accepting, more enlightened. But what about morals?

Well, the Left allege their superiority over all things moral. Who are we to judge? As one who deals with secrets and human suffering, I agree on certain matters. Things are not always black and white.

There are many views that can be addressed under the umbrella of moral relativism, but none has remained more steadfast than abortion. A “woman’s right to choose,” “pro-choice,” and, as of late, “bodily autonomy” are labels weaponized by the Left to disguise exterminating a baby from the womb. As stated often, change the language, change the culture.

During my years as a squishy pro-choicer, several therapy clients divulged their choice of an abortion. A few mentioned it as a passing event that did not seem to affect them, but a couple, one in particular, described the aftermath, vowing never again.

One time, I worked with a woman who planned a second trimester abortion. Her reason? She waited too long because of ambivalence. In the middle of the two-day procedure, she called her doctor, attempting to halt the process, but the termination unfolded to the point of no return. Wearing my purported non-judgmental hat, I provided her with “support,” ignoring any voice within me to consider otherwise.

The woman came to see me once after the completing the abortion, and she never returned. To this day, that case haunts me.

Recovering liberals know it is not an easy departure from the “kinder” ideology, especially being in a leftist profession in one of the bluest areas of the country.

Abortion remains a convoluted topic where personal responsibility and birth control have been ejected from the conversation. Years ago, a client of mine told me her daughter wanted to have a baby after undergoing five abortions. Although a faux pas in my profession, I could not resist challenging her. “What about birth control?” She ignored the question, sharing with me her daughter’s ripe fertility.

More recently, another client became frustrated with a pro-life cousin. My client told me that a friend of hers aborted her pregnancy because she went out one night, got drunk, and became pregnant. My client did not feel this woman or others should endure a pregnancy after one night of careless behavior. Many women share this client’s belief. 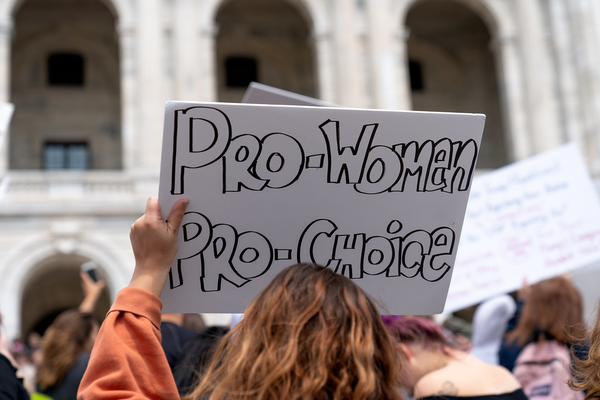 Leaving behind any remnants of left-leaning direction, I struggled with abortion, asking myself, are you ignoring the desperation some may have? Are you taking a hard line of pushing a young woman to sacrifice their dreams to give birth to a child?

Now, the answer is yes.

The following issues confirmed the return to my roots.

1) Kermit Gosnell. For anyone who doubts their position on abortion, see the movie, but better, read the book.

2) Abby Johnson. The movie Unplanned, based on Ms. Johnson’s book, brought home the evil reality of the abortion machinery. 85 percent of females who see their ultrasounds keep their babies.

3) Bernard Nathanson, M.D. I read about his admission of falsifying the numbers of desperate women and how his observation of determined pro-lifers changed his perspective and led to his later conversion to Catholicism.

4) Some states have enacted laws allowing abortion through nine months of pregnancy if the mother’s health is at risk, including their mental health. As a therapist, I know anyone can feign major depression or suicidality to a sympathetic healthcare provider, putting them in an untenable position.

5) A Massachusetts couple aborted their six-month baby girl because the fertility center implanted the wrong embryo. They had three other children and wanted a fourth. Rather than release the baby for adoption or raise it as their own, their distress forced them to abort and to sue the clinic.

6) An article in the April 15, 2022 American Thinker by Jessica Marie Baumgartner discussing the trauma of her abortion and watching a cat undergo one a few years later. The lesser species recognized something was wrong after its babies were excised from her womb.

Even before the controversy swirling around us now, these issues plagued me, and after reading Ms. Baumgartner’s article, a close friend and I contacted a pro-life organization in our state to get involved. For both of us, children of our own were not in the cards, but we want to help those who might miss out on God’s greatest gift.

Never again will I accept a referral for someone seeking my services to discuss ending a pregnancy. Abortion is a scourge on our society and the ultimate narcissistic act. It takes women on a selfish, foolhardy trip, tricking them to believe they can have their cake and eat it too. I have returned home to my roots of 1973, as I still visualize the picture of that baby from long ago. If I am ever pressured to wade into the treacherous blue sea surrounding me, I will stop, close my eyes and imagine that illustrated image of the most exquisite creation from the divine, a baby.