We can't make a god out of safety. That will get everyone killed.

The Unspoken Wisdom of the Second Amendment – American Thinker<!—->

The Second Amendment is again being scrutinized as the recurrent gun control/gun rights debate heats up.  Gun control advocates emphasize the words “well-regulated militia,” and gun rights–supporters highlight “shall not be infringed.”  The significant meaning and philosophical foundation of the amendment, however, is found in a phrase that gets relatively little attention: “necessary to the security of a free State.”

A free state implies necessary restraints on the armed agencies of government that are vested with the authority to use force.  These restraints lessen the risk that such entities will become agents of tyranny, but they also impede their ability to defend the lives and safety of individual citizens.  Unless the people are willing to accommodate an oppressive and intrusive police presence in the interest of “public safety,” the citizens of a free state (i.e., one in which government force is restrained in the interest of individual liberties) must be allowed the right and means to provide their own defense.  The idea of a free state is incompatible with the degree of surveillance, control, and intrusiveness necessary for police agencies to provide the elusive and illusory security that forms the basis of gun control appeals.  Onerous restrictions on the ability for citizens to defend themselves against violence and criminal threats are hallmarks of authoritarianism, and authoritarianism is incompatible with a free State.

A central inconsistency at the center of progressive thought is the manner in which it regards trade-offs inherent in its agenda.  The progressive is only willing to consider cherry-picked and ideologically favorable consequences in formulating his worldview.  These ideology-compatible consequences often infringe the rights of others, but the progressive ideologue refuses to acknowledge that human reality cares little for this selective, naïve, and reckless dismissal of consequences.  Examples of such inconsistency abound: we can give up fossil fuels without the elite having to sacrifice their private jets or standards of living; universities can replace rigorous intellectual inquiry with woke pieties without impairing graduates’ readiness to contribute meaningfully to society; we can accommodate drug use and untreated mental illness without incurring increased crime, homelessness, and drug-related deaths.  The progressive sees those as tradeoffs to be borne by others, and therefore not worth considering.

Nowhere is this penchant for selective consideration and disregard of consequences more apparent than in appeals to “safety.”  Safetyism is a pernicious doctrine that ultimately impedes the ability of a free society to function and survive.  Consider, for example, the number of times during the COVID pandemic that officials of various sorts and competencies assured us that “the health and safety of [someone or other] is our top priority,” or that everyday life and economic activity were disrupted “out of an abundance of caution.”  Now imagine that the chief of the Uvalde School District’s police had stood behind a podium and said, “The health and safety of my officers is my highest priority,” or “We did not attempt to enter the school out of an abundance of caution.”  Such an admission would strike the average person as odd, and perhaps evoke protests, yet it appears that it would be close to the actual scenario.  When safety becomes an obsession, it paradoxically becomes a peril.  Caution is like Tylenol: helpful in small doses, toxic in large ones.

The progressive is perfectly content to trade off the liberty of others (which he often finds distasteful, if not outright threatening) for what he claims will be safety.  This was the mantra and rationale of COVID policy, presented merely as assertion and upon which reasoned debate was not allowed.  But this supposed tradeoff is based on a fallacy.  There are limits to what can be done with policy, laws, and restrictions of liberty.  Safety is not totally within the ability of the government to control, for the simple reason that risk is inherent to human existence and human flourishing.  Policy cannot fix everything.  Not every social issue or peril has a single cause that will respond neatly and with surgical precision to the showboating and pandering of our current political class.  One need only look at the growing raft of policy failures in dealing with fentanyl overdoses, the proliferation of gang violence, and noticeable increases in mental health crises and social discord.  At a certain point, one is not trading off freedom for safety, but rather trading it off for increases in misery, capricious authoritarianism, corruption, and loss of respect for basic human dignity.

Safety, to the extent that it can be had by sacrificing freedom at all, is only temporary once freedom and liberty have been diminished.  It is not a coincidence that the Reign of Terror during the French Revolution was carried out by the Committee of Public Safety.

The founders of the country and drafters of the Constitution knew that not only would we occasionally have to suffer scoundrels, doofuses, and demagogues in positions of power, but human nature is a stubborn thing.  They understood that concentrated authority and policies of repression, even if they did initially appear to achieve their stated purpose, would over time be abused, with disastrous results.  The temptation to overreach, to expand the regime of authoritarianism and repression for partisan ends, is irresistible to the craven, mediocre, and dishonest professional politicians whose view of public good begins and ends with their own interest.

The drafters of the Second Amendment understood these things, and that is why they codified liberties within the Constitution.  They did so because they knew that occasionally, corrupt, stupid, and incompetent people would hold temporary positions of authority in government.  They wrote the Second Amendment not because they necessarily liked guns, but because they knew what tradeoffs were necessary to a free state, and that political fads are sometimes hostile to it. 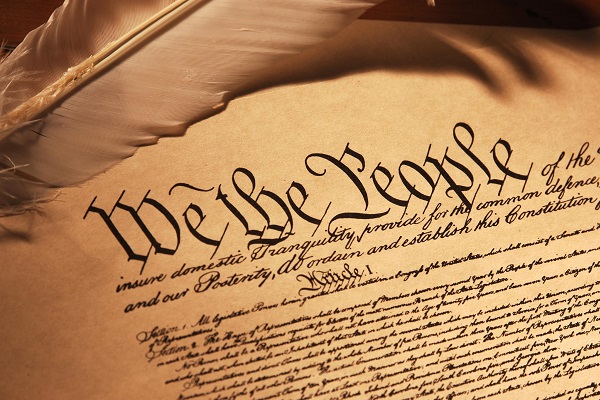