A continuing war with Russia or a possible expansion of the current war is not in the interests of the United States, nor of the people of Ukraine or the people of Russia.

The War in Ukraine Should be Settled – American Thinker<!—->

The United States should strongly pressure President Zelenskyy and the Ukrainian government to accept Russia’s peace offers, ceding the Russian-speaking territories in the east and south to the control of Russia and agreeing to Ukrainian neutrality in the geopolitical conflict between the West and Russia.  Also, over the longer term, the United States should encourage normal economic relationships with Russia and not continue to pressure Russia to align more closely with China.

Somewhat to my surprise, I find myself in agreement on these issues with former Secretary of State Henry Kissinger, who has recently urged Ukraine to accept an agreement to cede territory in exchange for peace.  His reason is apparently a desire to avoid an alliance between Russia and China, a reason similar to that for his earlier advice to President Nixon to open relationships with China, so as to discourage China from having a close relationship with the Soviet Union.

Russia has been invaded multiple times in its history, most recently in Operation Barbarossa during World War II, an invasion which Russia defeated at the cost of millions of lives.  In addition, events of recent years give Russia good reason for its current defensive concerns, including NATO’s persistent expansion toward Russia, U.S. military support for the Ukrainian army through training and weapons supply, U.S. technical assistance for biological research laboratories in Ukraine, and public statements by high U.S. government officials calling for an overthrow of the government of Russia.

Cuba and the Soviet Union

Vilification of Russia is pervasive in the U. S. media, now including the uncritical repetition of Ukrainian government allegations of human rights abuses by Russian soldiers and by Russian-backed forces, most of which reports have later been shown by reliable sources to be false.

Even a church publication in my own Roman Catholic archdiocese of Washington, D.C., the Catholic Standard, has taken a view similar to that of the secular media, covering the war in Ukraine mainly from the point of view of the Ukrainian government, with one article mentioning Russian president Putin and referring to the war as “his war.”  The same article notes that the pope is not willing to go to Ukraine to speak with Ukrainian President Zelenskyy.

Most articles in the U.S. media fail to recognize the geopolitical causes for the current war, for which NATO, led by the United States, bears significant responsibility. 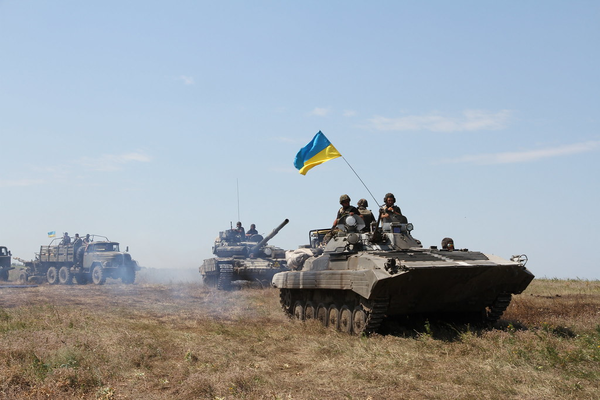 Moreover, apart from any issues of media objectivity, any direct military conflict between the United States and Russia could result in more losses for the United States than for Russia. New hypersonic missiles of Russia are weapons against which our Navy and other armed forces may have no effective defenses, whether the missiles might be armed with conventional explosives or with nuclear explosives.

A 2018 report by the Government Accountability Office stated that “China and Russia are pursuing hypersonic weapons because their speed, altitude, and maneuverability may defeat most missile defense systems, and they may be used to improve long-range conventional and nuclear strike capabilities. There are no existing countermeasures.”

Perhaps classified U.S. information exists to the contrary, but the near impunity with which Russian missiles have been used in Ukraine is a ground for serious concern.

A May 2022 article on the website of the Institute for Naval Proceedings contains an analysis of the abilities of the Russian Navy to launch attacks on United States targets using long-range hypersonic missiles. The article concludes that the Russian Navy has the ability to successfully carry out some attacks in that manner, especially from submarines, though it says that Russian surface ships could launch such attacks only by coming within the coverage area of U.S. air power, and that Russian supply ships for submarines would also be vulnerable to U.S. air power.

The authors’ reasoning is persuasive on the eventual offensive capabilities of the Russian Navy’s long- range hypersonic missiles and the strategic deterrence effect of those capabilities. At present, however, little evidence exists of Russia’s desire to attack the continental United States. Russia’s naval modernization is best understood as primarily defensive in nature.

Moreover, of more immediate concern, the present actions of the United States in providing training, military equipment and intelligence to Ukraine are probably sufficient to qualify the United States as a belligerent in the current war.

For several years John Mearsheimer of the University of Chicago has been urging restraint of the West concerning Ukraine because of the geopolitical issues at stake.

The books and blogs by former Soviet Coast Guard officer, Andrei Martyanov, now a U.S. citizen living in the United States, contain further explanations of the military and geopolitical issues relevant to the current Ukraine crisis

The United States and its NATO allies need to gain a better understanding of the defensive concerns of Russia.  Concerning Ukraine, the United States should strongly pressure President Zelenskyy to accept a settlement allowing the Russian-speaking areas in the south and east of Ukraine to separate and to remain under the control of Russia, and to agree that Ukraine will remain neutral in the geopolitical conflict between the West and Russia.  No further deliveries should be made to Ukraine of military equipment which could threaten Russian naval forces in the Black Sea.  Nor should any deliveries be made to Ukraine of weapons which could seriously threaten targets within Russia itself.

A continuing war with Russia or a possible expansion of the current war is not in the interests of the United States, nor of the people of Ukraine or the people of Russia.

Image: Minisry of Defense of Ukraine