Why are leftists so hysterically opposed to the recent actions of Florida's and two other states' governors?

This Is Not about the Migrants – American Thinker<!—->

Since April, thousands of migrants have been bussed to Democrat-controlled “sanctuary” areas like New York City; Chicago; and Washington, D.C., sent north by border state governors to send a message and call needed attention to the overwhelming numbers of migrants illegally entering our nation across its southern border because of President Biden’s failed policies.

Those transfers have, in turn, drawn the melodramatic ire of Democrats, who responded with accusations against Republican governors of cruelly using migrants as political pawns.  Perhaps none of these moves has riled Democrats more than Florida governor Ron DeSantis’s recent flying of 50 migrants to the liberal Democrat enclave of Martha’s Vineyard, Massachusetts.

Democrats’ supposed beef with Governor DeSantis — at least publicly — runs the gamut, from accusations of exceeding his authority to expend funds to luring migrants onto the flight with misleading promises to “cruelly” using the migrants as pawns for political gain.

Now comes their latest attack: a letter, sponsored by Reps. Gerry Connolly (Va.), Sylvia Garcia (Texas), Ted Lieu (Calif.), and Mondaire Jones (N.Y.), further signed by 41 Democrat members of Congress (oddly, only one from Florida), and addressed to Attorney General Merrick Garland asking the Department of Justice (DOJ) to “investigate these migrant flights for any evidence they may have violated federal law.”

Let no one be under any illusions.  This is not about the 50 migrants Governor DeSantis flew to Martha’s Vineyard.  They could care less about helping the migrants than citizens of the Vineyard did.  This is about Democrats pulling out all the stops to hamstring Governor DeSantis, who they tacitly know could well be the Republican (and very popular) presidential nominee for 2024.  It is he whom Democrats seek to attack and, most of all, must work to diminish.  (Any doubts?  Watch how progressive media cover Governor DeSantis as Florida recovers from Hurricane Ian.)

Governors DeSantis (Fla.), Abbott (Texas), and Ducey (Ariz.) are succeeding in exposing the nation to what the border states have endured with the difficulties, issues, and burdens caused as a direct result of President Biden’s border policies.  While Vineyard Democrats were rattled by 50 migrants, border states are on pace for two million–plus migrants in 2022 alone (after 1.7 million in 2021) with no outrage, empathy, or action from Democrat lawmakers.  If the affluent denizens of the Vineyard can’t handle 50 migrants, how is the rest of the country, the less well off part, supposed to handle two million–plus migrants?  That’s something Democrats avoid answering, and it underscores the merit of the governors’ perceptive gambit to reveal the double-standards of progressives on illegal immigration while leaving Democrats exposed as selectively outraged.

It is also not a good look for these representatives to criticize Governor DeSantis and the other governors for their actions, knowing that the Biden administration has flown planeload after planeload — in the dead of night, no less — to destinations across the U.S. to offload these migrants on someone else.  Do President Biden and Democrats think cities like El Paso, Yuma, Eagle River, and Del Rio (to name a few) are any more prepared to deal with the enormous numbers of migrants than a prosperous, wealthy, but liberal location like Martha’s Vineyard or a Democrat-controlled city that declares itself a “sanctuary”?

Lastly, also given the illicit flow of drugs — namely fentanyl — it is sinful what the administration is not doing, or what Congress is not demanding be done, to protect and defend Americans by securing the border.  The Centers for Disease Control and Prevention (CDC) estimates that more than 108,000 Americans died of drug overdoses between February 2021 and February 2022.  Of those, more than 70% involved fentanyl and other synthetic opioids, much of which is smuggled in across the southern border.

Customs & Border Patrol agents seized an unprecedented 10,500 lbs. of the deadly drug in 2021, and seizures have already surpassed 12,000 lbs. so far in 2022 — the most fentanyl ever seized in a single year in the United States and enough to kill the entire U.S. population eight times over, a memo circulating on Capitol Hill reads.  The bipartisan American solution is straight forward: secure the border and with that, stop—or at least reduce—the flow of illicit drugs.

The problems with President Biden’s open border policies are real and deserve solutions “for the common and greater good” of all American citizens.  These governors have drawn rightful and much needed attention to the issue for the nation by, admittedly, somewhat unconventional and unexpected means.  But every minute Democrats spend grumbling — now with this latest House Democrats’ letter to the DOJ — about the governors’ efforts to compel a national conversation and action to deal with this humanitarian and security debacle is another minute spent avoiding the actual challenges and costs to the nation of President Biden’s disastrous open border policy.

Chris J. Krisinger (colonel, USAF ret.) served in policy advisory positions in the Pentagon and the State Department and was a National Defense Fellow at Harvard University.  His maternal grandparents were legal immigrants from Lithuania. 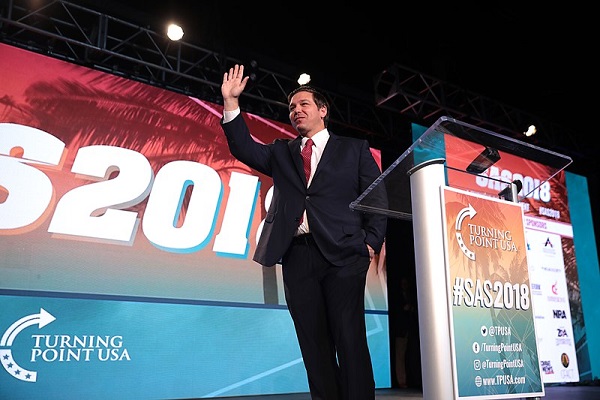