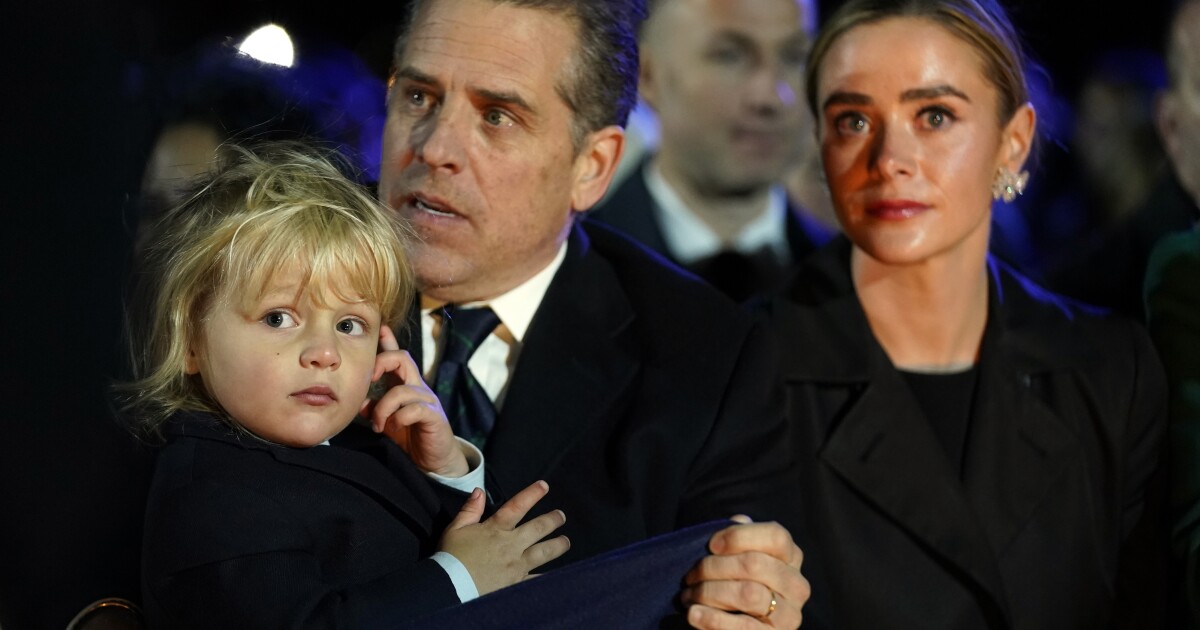 Twitter was set ablaze Friday evening when CEO Elon Musk directed users to an information dump about the company's behind-the-scenes musings on the suppression of the Hunter Biden laptop.

Twitter was set ablaze Friday evening when CEO Elon Musk directed users to an information dump about the company’s behind-the-scenes musings on the suppression of the Hunter Biden laptop.

Journalist Matt Taibbi spearheaded the disclosure of the “Twitter Files” in a lengthy thread of tweets, releasing internal communications highlighting how political groups prodded Twitter to take down tweets and officials at the company grappled with the politically fraught decision.

In October 2020, the New York Post published an article with emails from Hunter Biden’s laptop about his business affairs overseas that appeared to indicate future President Joe Biden was involved in some of his dealings.

Twitter quickly used tools typically “reserved for extreme cases” such as child pornography to block users from sharing the story and temporarily locked the news outlet’s account before later backtracking, per Taibbi. The incident became a rallying cry for conservatives who accused Big Tech of targeting them politically.

Here are the top five bombshell revelations from the Twitter Files.

Jack Dorsey was out of the loop

Perhaps the most surprising reveal was Taibbi’s assertion that key decisions in the laptop saga were made at the “highest levels of the company, but without the knowledge of CEO Jack Dorsey.”

The Twitter co-founder subsequently conceded the company made a “total mistake” in its suppression of the laptop story, and Taibbi explained there had been “multiple instances” of Dorsey intervening to “question suspensions and other moderation actions for accounts across the political spectrum.”

He did not dwell on Dorsey’s role in the laptop article dust-up much in his thread and credited Vijaya Gadde, theformer legal affairs and policy chief, with the decision. Gadde departed the company after Musk’s takeover.

At one point, Dorsey sent Gadde a copy of a Substack article Taibbi wrote ripping the suppression of the laptop story, per internal emails.

23. The decision was made at the highest levels of the company, but without the knowledge of CEO Jack Dorsey, with former head of legal, policy and trust Vijaya Gadde playing a key role.

Dorsey left the company in November 2021.

Underlying the company’s decision to suppress the story were concerns that the Hunter Biden laptop story breached the company’s hacked materials policy. But as Twitter took steps to stomp down the spread of the story, many were unclear if the New York Post article even came from a hack.

During internal deliberations, one executive pondered where Twitter could “truthfully claim that this is part of the policy.” Former Deputy General Counsel Jim Baker replied that he needed “more facts” to assess whether the material stemmed from a hacking but said Twitter should steer the course in the interim because “caution is warranted.”

Taibbi noted that several sources told him throttling tweets for flouting the policy on hacking “normally required an official/law enforcement finding” and that he didn’t find one in the Twitter Files.

22. Although several sources recalled hearing about a “general” warning from federal law enforcement that summer about possible foreign hacks, there’s no evidence – that I’ve seen – of any government involvement in the laptop story. In fact, that might have been the problem…

Before the censorship took place, the FBI approached social media companies warning that Russia could embark on a misinformation dump to tilt the outcome of the election. Taibbi said several sources recalled such warnings, including about “possible foreign hacks,” but he emphasized he found no evidence of “any government involvement in the laptop story.”

“Everyone knew this was f***ed”

Shortly into the process, some at Twitter began to voice doubts about Twitter’s actions. Taibbi cited an exchange Yoel Roth, former trust and safety chief, had with a colleague in which he said the company was “continuing to err on the side of including a warning” to avoid a repeat of 2016.

“By this point ‘everyone knew this was f***ed,’ said one former employee, but the response was essentially to err on the side of … continuing to err,” Taibbi explained.

Roth has since publicly said the suppression was a “mistake.”

“They just freelanced it,” one former employee told him. “Hacking was the excuse, but within a few hours, pretty much everyone realized that wasn’t going to hold. But no one had the guts to reverse it.”

Most Democrats that interacted with the company appeared unfazed by the suppression of the laptop story, but there was one exception, progressive Rep. Ro Khanna (D-CA). He had an exchange with Gadde, and he underscored that in the “heat of a Presidential campaign,” he believed Twitter’s actions would “invite more backlash than it will do good.”

Taibbi shared screenshots in which members from the Biden team or the Democratic National Committee flagged tweets for Twitter. Most of those tweets were no longer available when checked by the Washington Examiner. Musk later took note of that on Twitter.

Taibbi said both parties flagged content to the social media giant but postulated that the company was not even-handed and cited data from Open Secrets showing how most political donations from Twitter workers went to Democrats.

Musk, who has crowed about how Twitter’s engagement has been strong under his stewardship, teased that there is more to come on Saturday, including the question-and-answer session he previously promised.

As he seeks to chart out a more free speech-oriented policy, Twitter is planning to rely more on automation for content moderation, his new head of trust and safety told Reuters.