On the contrary, it is a social contagion.

Trans Suicide Is Not a Response to Bigotry – American Thinker<!—->

The first social contagion recognized in Western culture, if dimly, was the Werther Effect.  The name came from the title character in Johan Wolfgang von Goethe’s 1774 novel of unrequited love and suicide, The Sorrows of Young Werther.  Immediately and immensely popular, Werther was translated into multiple languages, including at least twenty bootleg editions within twelve years of publication.  Werther’s scenes and characters were reproduced on European products from etchings to fans to ceramics and silhouettes of the beloved Lotte.  The Werther costume (Werthertracht) of blue jacket, yellow waistcoat, trousers, and high black boots achieved popularity recent generations have seen in  ripped jeans starting in the late 1960s and cosplay today.  Werthertract was worn by European aristocrats.  Napoleon was a fan of Werther.  Sadly, it wasn’t the consumer products or the clothing fad that came to be known as the Werther Effect.  It was the noticeable rise in youth suicides.

Since the heyday of Werthermania, the contagious element of suicide has been documented in research and informal observation.  Often cited in media coverage of suicide’s contagious aspect is the fact that, after much media attention on Marilyn Monroe’s death, the U.S. suicide total for the month that followed was 200 higher than would be expected based on normal trends.  According to Psychology Today, suicide rates tend to increase following high-profile media coverage of suicides, especially if details, such as the method of suicide, are explicitly reported.

Trans activists consistently attribute high suicide rates to irrational hatred, bullying, and rejection targeted at the individual.  However, according to Dr. Paul McHugh, formerly of Johns Hopkins University School of Medicine, the high numbers of suicides are usually years after surgery.  The trigger, according to Dr. McHugh, is the persistent and undeniable reality that that genital surgery has not transformed the individual’s sex, leading to despair.

Perhaps elevated rates of suicides and attempts among trans-identifying individuals should be no surprise.  The whole point of “transition” is that an aspect of an otherwise healthy body is so unbearable as to justify a lifetime of artificial hormones and multiple irreversible surgeries.  How short a step would it be from such unhappiness to enacting a plan to just end it all?  There would be a sad logic to such an outcome.

But the actual influences leading one to severely actionable unhappiness with a healthy body and being literally self-destructive are not only unlikely to align with explanations politically useful to activists, but very likely to extend to the larger social environment of these unhappy individuals.  Psychology Today reports not only the contagious element of media coverage of suicides, but also that suicides can be contagious in a social group even without any media coverage.

It was first posited by Lisa Littman in 2018 that the recent and rapid increase of transgender identities among adolescent girls was caused by social contagion, which she labeled Rapid Onset Gender Dysphoria.  Parents reported that 36.8% of their children’s social groups were majority trans — not merely including, but majority trans.  The characteristics of girls assuming male identities —  teen, female (82.8%), non-heterosexual (41%), diagnosed mental disorder, (62%) and close associates sharing the contagion — are documented risk factors for experiencing a social contagion.  In earlier decades, such girls were vulnerable to cutting or anorexia.

Even sadder than the fact that many forms of distress are contagious is that contagiousness is not limited to negative mental states.  Contagious mental conditions include cooperation and happiness.  Unfortunately, our zeitgeist is such that intentionally designing social engagements as a platform for the contagious spread of happy and cooperative mindsets would be flung into the uncool bin faster than you could say “Pollyanna.”

The vulnerability of adolescent females to social contagion is well documented, including specific vulnerabilities to depression, suicide attempts, and transgenderism.  But just because there has been attention to contagious suffering among young females, that shouldn’t cause us to assume that being an older adult, or male, reduces or prevents vulnerability to social contagion.  Although rates of suicide attempts are high among teen girls, the highest rate of suicide deaths is among middle-aged men.  Their already high rate rose 24% between 1999 and 2014.

Men in mid-life have also been increasingly claiming transgender identities.  The specific characteristics among  men who take their own lives include being veterans, rural residents, sexual or gender minorities, middle-aged, or tribal members.  On the one hand, these can be seen as characteristics of men as individuals; on the other, these can be categories of social connections.

I strongly suspect that the link between attempting or completing suicide and identifying as transgender is more than just a statistical correlation.  Suicide has long been known to be contagious, with or without media coverage.  Trans activists often cite elevated rates of attempts and suicides among trans individuals, forming potentially contagious links between suicide and trans identity.  Social relationships among individuals that focus on trans identity and/or trans political issues are another potential avenue for despair and fascination over suicide to spread to trans individuals.

There are two main reasons that the bullied-to-suicide trope is untrue and unhelpful.  First, the evidence is that the attitudes of society toward trans-identifying individuals, and availability of artificial hormones and surgeries, have no influence on the rate of suicide attempts and events among trans-identifying individuals.  The second is a point of logic.  If bullying targeting a trans-identifying individual was actually the key trigger of attempting suicide, that would mean that people who actively, face-to-face hate the individual are the most powerful influences in that person’s life.  All the evidence gathered about social contagion, so far, indicates that it’s people the individual counts as friends, allies, or people to be admired and imitated who are the most effective means of transmitting a contagious idea, mood, mindset or behavior. 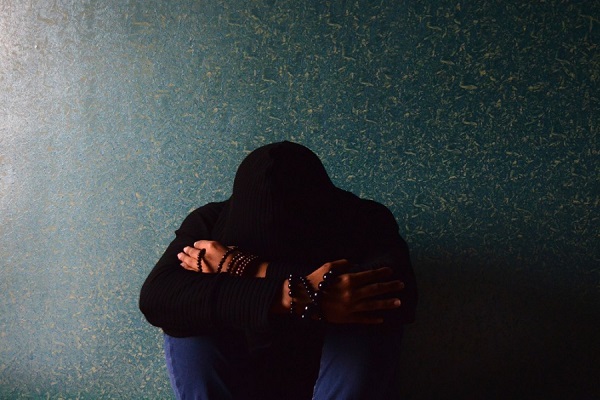