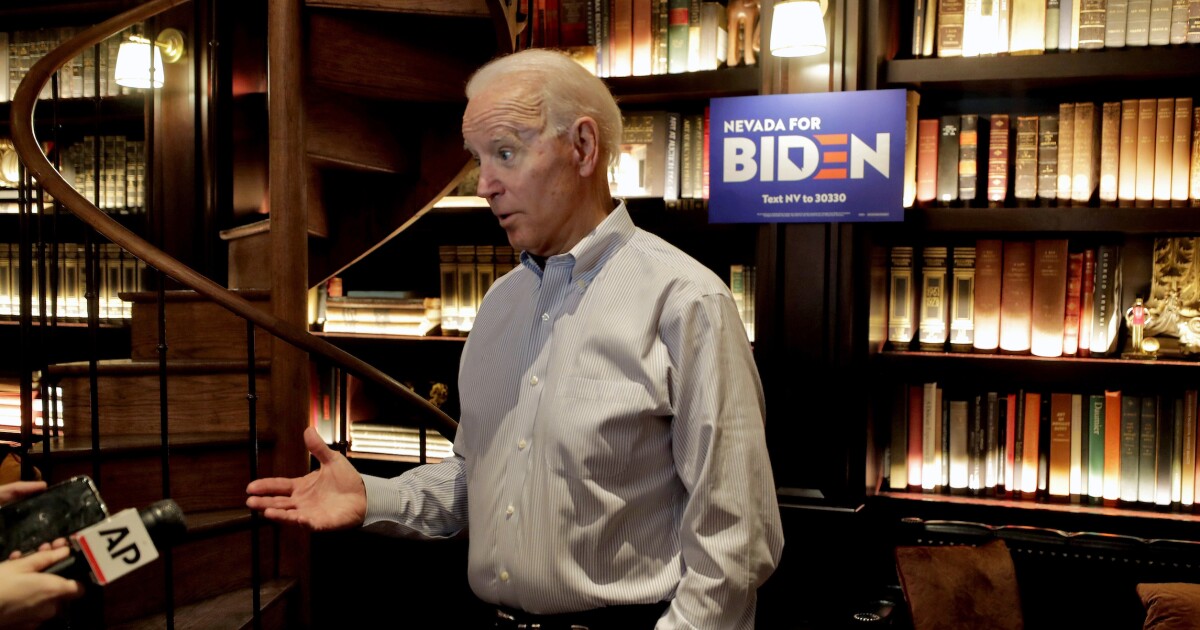 President Joe Biden on Friday reached a milestone not seen in the recent history of the presidency — 100 consecutive days without conducting a sit-down interview with the media.

President Joe Biden on Friday reached a milestone not seen in the recent history of the presidency — 100 consecutive days without conducting a sit-down interview with the media.

The president was last interviewed by a member of the press on Feb. 10, when NBC’s Lester Holt spoke to him ahead of Super Bowl LVI. Since then, Biden has held press conferences and taken questions from individual reporters but has not conducted any extended interviews.

“One hundred days without a press interview underscores how little Biden cares to answer for struggling Americans seeking solutions to the crises he created,” Vaughn said. “This milestone is yet another pitiful mark on Biden’s long list of failures.”

Biden’s interview frequency falls short of his predecessors, with just 23 conducted since taking office. At this point in their tenures, President Donald Trump had taken part in 95 interviews, while President Barack Obama reached a scorching 187 — more than eight times as many as Biden.

Throughout his first term, Biden has been dogged by claims that members of his own staff are reining him in from speaking too freely. Biden has told members of the media he’s “not supposed to answer all of these questions” and was once ushered away from reporters by a staffer dressed as the Easter Bunny.

Biden, 79, is known for speaking freely when not reading from a teleprompter and has acknowledged as much by calling himself a “gaffe machine.”

While Republicans frequently criticize the president for his lack of access and question who’s really in charge of his administration, even some Democrats think it’s time for Biden to speak out more.

“It would be an advantage for the president to do more interviews,” said Democratic strategist Brad Bannon. “He needs to get his message out, and if it was up to me, I’d encourage him to do more. I think it’s pretty clear the administration needs to do a better job getting his message across to the public.”

The president’s approval ratings have been stuck in the low 40s for months, an indication that much of the public isn’t connecting with the current White House leader.

When he does go off-script, Biden sometimes contradicts official talking points, such as when he called Russian President Vladimir Putin a war criminal in March. It was one of many statements White House staff have later tried to clean up, with then-press secretary Jen Psaki saying Biden was simply “speaking from the heart.”

But whether or not it upsets staffers, Biden’s direct statements connect with voters, Bannon argues.

“When he called Putin a war criminal, maybe the State Department didn’t like that, the national security folks didn’t like it, but I think most Americans appreciated it,” he said. “He speaks his mind when he is in public. Some of his handlers are afraid of that, but it makes him more human and personable to the American public.”

With nearly three years remaining in his first term, whether or not Biden steps in front of the cameras more often going forward remains to be seen.

“Americans appreciate it when their leaders say what they feel as opposed to keeping with overly scripted talking points,” Bannon said. “Let Biden be Biden.”