Out in California and inside the Beltway; candor, change, or innovation can be dangerous.

Trump and Musk: A Hard Row to Hoe – American Thinker<!—->

Elon Musk and Donald Trump have a lot in common — wealthy entrepreneurs who actually get thing things done. Personal picadilloes aside, both are successful businessmen who work for a living, innovate, and actually create well-paying jobs in the private sector for many folks up and down the economic spectrum. Both are also outliers; marching to a different political drummer, as cliché wisdom would have it.

Unfortunately, out in California and inside the Beltway; candor, change, and innovation can be dangerous.

Ironically, Musk and Trump are joined also by what they are not. Neither is a professional politician, nor deep state apparatchik, nor academic, nor media mandarin; that is until recently. Seems both Donald and Elon have jumped into the dot.com/social network/media scrum motivated by self-defense. Trump has financed and created Truth Social and Musk has bought Twitter. Heretofore, Twitter was a kind of global, albeit curated, town square.

To understand outsiders like Musk and Trump today, we should be clear about their opponents; those insiders, groomers, and gatekeepers who create, manipulate, and propagate convenient facts and dot.com trash talk.

For the most part; Trump’s – and now Musk’s — critics are the liberal nomenklatura, bipartisan urban apparatchiks employed at the academy or at some level of government or working for some government contractor. This public sector is allied with a large liberal electronic and print media; embedded in urban one-party cultures, mostly coastal municipal archipelagos, with notable landlocked allies like Minneapolis, Portland, and Atlanta.

Government, the academy, and related contractors are the largest employee demographic in the nation today. In short, Gotham America is a permanent political majority. Surely San Francisco and Washington, D.C. are America’s ideological bookends, both with now monolithic one-party (D) monocultures.

As Colin Powell liked to put it, urban America is also “where the votes are.”

Clearly government and industry have reached a real, if not transparent, accommodation where privacy and transparency are exchanged for a laissez faire commercial regulatory regime. Greenwald and CIA/NSA veteran Edward Snowden argue that collusion between Intelligence Community agencies and Big Tech is no longer a conspiracy theory. Big brother is an everyday fact, a voyeur monitoring every American household that possesses a linked computer, cell phone, or laptop.

Calling U.S. intelligence operatives or analysts “spies” today is quaint, if not romantic fiction that minimizes domestic corruption, deceit, and influence pedaling. There’s nothing charming or patriotic about the Clapper/Brennan/Comey partisan sedition of 2016 or the ongoing obsession with Trump that still energizes liberal prosecutors and neocons critics alike.

Problems here aren’t just unregulated surveillance or constitutional violations so much as the systemic corruption of Intelligence and the law by Beltway fixtures in a mix of insider manipulation and market tyranny that would make Davos devotees proud. Culturally; facts and truth are now forfeit on altars of profit, faux security, and cooked political books.

In the kind of incestuous irony only possible inside the Beltway, the absence of trust in federal institutions was analyzed recently at taxpayer expense in a 2020 Brookings Study. The author was Fiona Hill; NSC veteran, Christopher Steele gal pal, and star witness for the prosecution in the 2016-2020 putsch against Trump. Brookings, like the RAND Corporation, is the lead dog in that rich cluster of Beltway think tanks that provides analysis to policy makers and an American Civil Service that can’t think for itself.

With two unique social platforms, Musk and Trump are trying, with the help of like-minded users, to break the American establishment’s monopoly on facts, narratives, and truth; all under the flag of the First Amendment and free speech. If nothing else, you have to believe both men have egos, and political bollocks, the size of melons.

Neither Trump nor Musk can be bought. Unfortunately, the advent of open, or named, thought police at the Department of Homeland Security to backstop intelligence and commercial gatekeepers now presents a truly unique challenge to free speech advocates.

Indeed, Elon Musk is likely to encounter the same kind of official hostility in California that Trump encountered in 2016 when he tried to reform the Washington, D.C. swamp. When the news of Elon Musk’s purchase of Twitter broke recently, team Biden’s Department of Homeland Security immediately clapped back with the Disinformation Governance Board. The DGB is to be chaired by Nina Jankowicz, hereafter surely to be known as Big Sister. 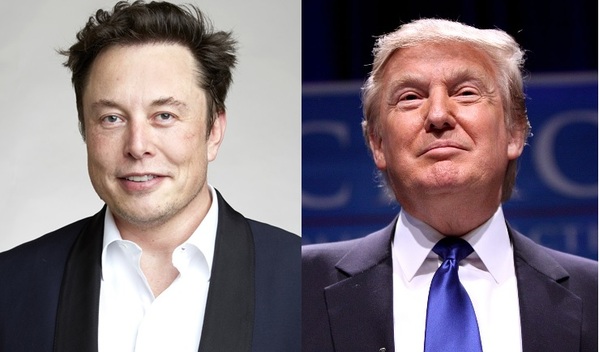 No small coincidence that DGB rhymes with KGB.

The DGB is probably a kind of political prophylactic for the impending 2022 elections.  Woke demographics care about institutional integrity when they lose. The recent leak of a draft Supreme Court ruling says all we need to know about “progressive” tactics inside the Beltway.

Meanwhile, Twitter and an Azov regiment of pubescent commercial thought police are still grooming speech in California, worse still in San Francisco. The Left Coast is ground zero for snowflakes; all that is woke, globalist, and, indeed, a species of dot.com bias and partisan collusion that now defies description. In short, the puerile employee pool in places like D.C. and San Francisco is just one of many urban political monocultures bound to subvert fairness or candor at Twitter or indeed in any government office staffed by liberal malcontents. The truth of American governance today is that subversive civil servants have more real power than any Congress or any hapless voters.

Musk has an even tougher row to hoe than Trump did in 2016 because San Francisco is a “progressive” political, social, and cultural swamp, that makes skid row in Los Angeles and war zones in Portland or Seattle look like destination resorts. Need we mention that Nancy Pelosi (D) is the patron saint au gauche on the Barbary Coast.

If Musk believes he can change Twitter culture in situ, he must also know that any semblance of Golden State tolerance, fairness, and free speech has already moved to less censorious states like Texas, Florida, and Idaho.

Truth and our national narrative are about elections, power, and money. Many Big Tech and affiliated social platforms are ideological and geographic neighbors of Twitter in California and so far, none have endorsed Elon Musk’s candor and transparency campaign. Indeed, the same media smear tactics that brought down Trump are now used by legacy media moguls against Musk. Witness the ongoing Twitter feud between Bill Gates and Musk. Neither Silicon Valley nor the Intelligence Community is likely to suffer reformers like Trump or Musk gladly.

If Donald Trump and Elon Musk are to succeed in their uphill free speech campaigns, they will not do so with media stages located on hostile political turf like Washington, D.C. or San Francisco, California.

Odd as it may sound, the biggest barrier to truth and transparency at Twitter or anywhere on the West Coast is toxic political geography. Ofttimes, you need change where you sit first for the world to understand where you really stand.

Texas has already made Musk an offer.

In any sensible business model, who you are willing to fire is always more important than who you hire.

G. Murphy Donovan writes about the politics of national security.