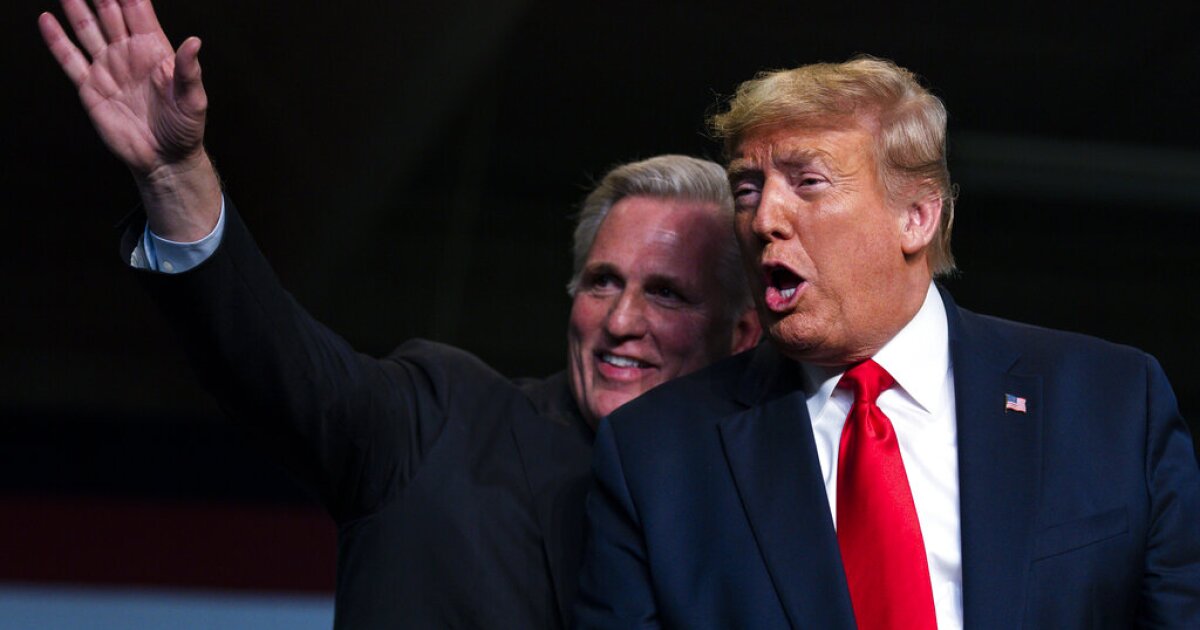 Former President Donald Trump made it clear that he has not endorsed anyone, including Minority Leader Kevin McCarthy (R-CA), for speaker of the House.

Former President Donald Trump made it clear that he has not endorsed anyone, including Minority Leader Kevin McCarthy (R-CA), for speaker of the House.

Toward the end of a recent interview, Trump interjected to correct conservative talk show host Wayne Allyn Root after he said Trump endorsed McCarthy for speaker. “No, I haven’t,” Trump said. “No, no, no. I haven’t,” he added through some cross-talk. “No, I endorsed him in his race. But I haven’t endorsed anybody for speaker.”

Indeed, Trump endorsed McCarthy in his reelection bid in California’s 20th Congressional District just two weeks ago. He made no mention of the House speaker role but did call McCarthy a “strong and fearless Leader of the House Republican Conference.”

Some high-profile figures on the Right, including Fox News host Tucker Carlson, have been heavily critical of McCarthy of late, particularly after fresh revelations of the leader’s comments shortly after the Capitol riot.

Root insisted to Trump that the former president himself would be best suited for the speaker role, an idea Trump previously dismissed. According to Root, if Republicans “win big” in the 2022 midterm elections, the former president is the right person to “save” the middle class and capitalism between now and 2024, as well as lead the impeachment of President Joe Biden and Vice President Kamala Harris. Every speaker thus far has been an elected House member, though they are not required to be.

Trump’s response this time left room for speculation. Trump said he has some “great relationships” in the House. “I’ll talk to you about that at a later date,” he added. When asked if he would run for president, Trump stuck to his common refrain that people will be “happy” with what happens.