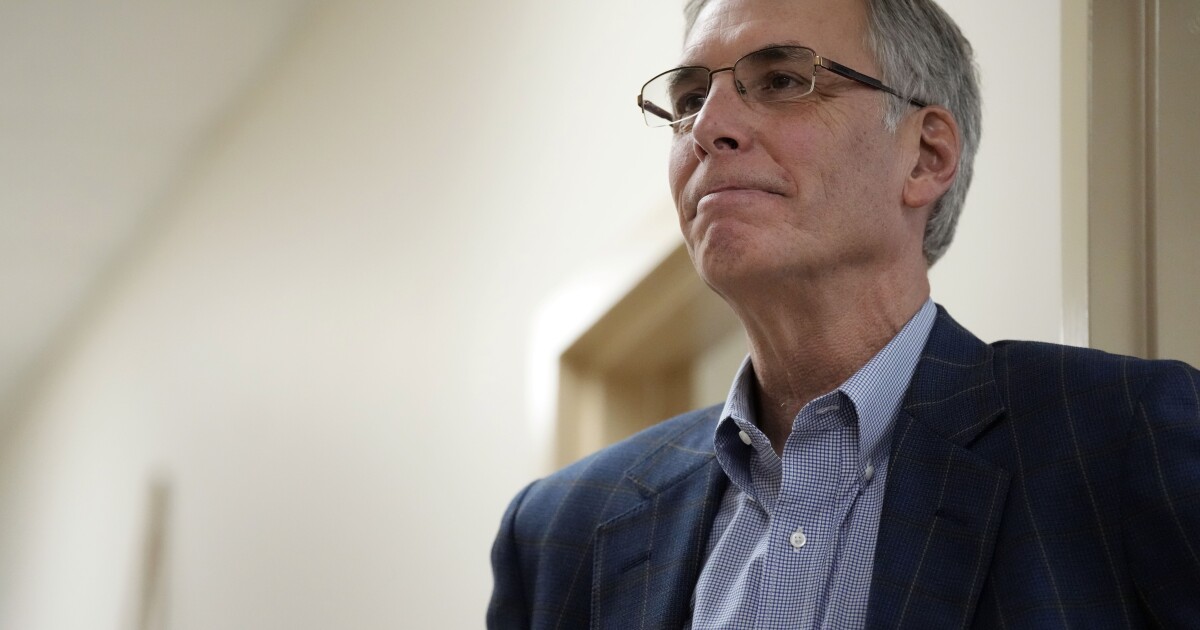 Former President Donald Trump is casting a long shadow over the South Carolina Republican primary in a district spanning the northeast part of the state inland from Myrtle Beach.

Former President Donald Trump is casting a long shadow over the South Carolina Republican primary in a district spanning the northeast part of the state inland from Myrtle Beach.

The race for the GOP nomination in South Carolina’s 7th Congressional District is only competitive because of the pro-impeachment vote of Rep. Tom Rice in the second Democratic-led effort to evict Trump from the presidency and prevent him from holding public office again. Rice was among 10 House Republicans to vote for the impeachment of Trump over the then-president’s actions — or inactions, according to critics — during the Jan. 6 Capitol riots that sought to stop Electoral College ballot-counting that made Joe Biden the next president.

Yet while Rice backing Trump’s impeachment may hurt him with some Republicans, it may help him with any Democrat willing to cast a ballot for him in the open primary on June 14. That could result in a June 28 runoff contest if no candidate amasses a majority of the vote.

FOUR THINGS TO WATCH FOR DURING BIDEN’S FIRST ASIA TRIP

Rice’s impeachment vote led to Trump endorsing a Republican competitor in the 7th Congressional District, state Rep. Russell Fry. And now Rice, first elected to the House in 2012, is facing headwinds exacerbated by Trump himself at a recent 7th District rally, according to Coastal Carolina University professor Drew Kurlowski.

“He’s trying to say all the right things that allow him to distance himself from the actions of Trump without distancing himself from being a conservative,” Kurlowski told the Washington Examiner.

More than a year after Trump’s second House impeachment, Rice was pressed on his vote this month during a five-person primary debate, providing a long-winded, prepared response. Rice, whose voting record besides impeachment was mostly supportive of Trump, recalled the Capitol scene on Jan. 6.

“I saw the bomb squads defusing bombs. I smelled the tear gas. I was on the House floor when the glass was breaking, when they were trying to break down the doors,” Rice said. “My opinion is that our Constitution is too precious to risk.”

Rice added, “The one difference between me and all those leaders back in Washington who said, ‘Oh, Donald Trump went too far. He should be impeached. He should be removed,’ and then voted the other way? I took the principled stance, and I defended our Constitution.”

Republican Rep. Tom Rice on impeaching Trump. He calls Trump’s tweet against Pence during the riot incitement and said Trump didn’t act to end the riot for four hours. pic.twitter.com/kXtIGljO5d

Polling underscores Rice’s vulnerability, despite historical trends indicating incumbent renomination defeats are rare. Charles Bierbauer, a former CNN reporter now at the University of South Carolina, agreed: “Rice is the only person to hold that seat since it was created. Incumbency usually counts. All the more so the longer it lasts.”

Kurlowski described the current Republican factionalism on display in the 7th Congressional District as “incredibly rare,” with most primaries decided by personality rather than policy.

“But Trump’s a powerful, powerful figure in some of these red districts, and it will be interesting, an interesting test, to see if he still holds sway,” Kurlowski said. “The real fault line is generally support for or against Trump. It’s your perception of what took place on Jan. 6.”

For Kurlowski, however, the 7th District’s solidly Republican voter base simultaneously creates an opportunity for Rice if he can persuade enough Democrats to boost a more centrist candidate by casting a ballot in his primary instead. In particular, Francis Marion University political science chairman David White cited Rice’s black constituent outreach. Rice’s congressional team has mailed out at least one pamphlet featuring a photograph of him and House Majority Whip Jim Clyburn honoring South Carolina’s first black post-Reconstruction senator, according to the professor.

“There was nothing overtly written,” White said.

“But it was interesting that it was there,” White added. “This effort is being made.”

South Carolina Democratic Party Chairman Trav Robertson was coy when asked about Kurlowski and White’s hypothesis. “Fry has done his best to capitalize” on the district’s Tea Party-to-Trump voting pattern, according to Robertson.

“Rice represents the older brand of southern Republicanism that was more attuned to the business needs of rapidly growing coastal communities in the 7th District,” he said. “The question in my mind: Has Rice been able to brand his votes as a representation of a good business American and his patriotic duty, and has Fry been able to define him as a traitor to the Trump cause?”

To that end, Fry has broadened his closing argument to include accusations Rice has enriched himself as a congressman.

“Tom Rice voted for federal budgets that paid his business $500,000,” one ad claims. “Then, as the nation was shutting down from COVID, Tom Rice dumped his family stocks. According to government watchdogs, Tom’s personal net worth has increased $10 million while in office. He even got sued by the FBI. Tom Rice, we can’t trust him.”

Besides the national discourse, Kurlowski is aware of one local wedge issue: Interstate Highway 73. Rice is a proponent of a long-standing proposal to expand North Carolina’s Interstate 73.

“There’s a little disagreement amongst Republicans about whether or not this is a good thing, whether or not we should be bringing this road in,” Kurlowski said.

Ken Richardson, a South Carolina school board chairman and former car salesman who is predominantly self-funding his campaign, is one such opponent. Regardless of Richardson’s wealth, Rice has outpaced his and Fry’s fundraising, disclosing to the Federal Election Commission last financial quarter that he has almost $2 million cash on hand.

White downplayed I-73 as an important issue. To him, Rice is hoping the highway will be a distraction from impeachment. Rice is also emphasizing his other achievements such as tax reform, as a member of the Ways and Means Committee, and delivering federal disaster relief.

“I wish I had a crystal ball,” White said. “Tom Rice is trying, his goal is to get over 50%, and I think the conventional wisdom is, if he doesn’t get 50%, it’s going to be hard for him to get reelected in the runoff two weeks later.”