Tucker Carlson is brilliant. His nightly conservative commentaries on FOX are usually spot on. Even more importantly, he has the skills, contacts, and experience to predict the long-term effects of the latest Biden blunder. That gives Tucker the ability to foresee tomorrow’s headlines today. But even the best broadcasters are occasionally wrong. For example, Carlson adamantly opposed any U.S. involvement in Ukraine at any level. Russia’s invasion was devastating to the Ukrainian people. but our response to Putin’s recklessness produced incredible benefits for the United States and the West. That’s cold, but also true.

I hate war. I fought in two of them and reported on more. When Putin invaded Ukraine, it was an act of war. The Ukrainians defended themselves. All the armchair experts expected the Russian tricolor to fly over Kyiv within a week. Even Joe Biden gave his tacit permission for the invasion by announcing he would not have too much of a problem with a “limited incursion.” Putin’s only problem was he forgot to clear the conquest of the supposedly easy-to-overrun Ukraine with the Ukrainians.

For weeks Tucker and many others constantly object to the 50-billion-dollar price tag for our Ukrainian support. On the contrary, I think it is the best defense money we have spent in decades. In realpolitik terms, this is war on the cheap. This concept is nothing new. The USSR tied up our American military for decades by supplying weapons to North Vietnam. The names of 50,000+ dead Americans are chiseled into the black memorial monolith in Washington. Soviet losses were estimated to be fewer than 150 pilots and advisors.

This time, for about 7% of our annual military budget and few, if any American, lives at risk, we accomplished in four months what everyone thought impossible. We proved to Russia, Europe, and the world that the Red Army has no possibility of forcing its way through the Fulda Gap and overrunning most of Europe. The fear of that drove our military thinking, troop deployments, and tax-dollar spending for decades. We stationed large numbers of U.S. troops in Germany since 1945 to prevent the predicted Soviet move west. The cost was uncalculatable.

Thanks to the Ukrainians’ skill and bravery, augmented by Western military supplies, Putin’s power to dictate policy in Europe has evaporated. His supportive oligarchs are losing their cash cow businesses and Putin himself is ruling, and perhaps living, on borrowed time. 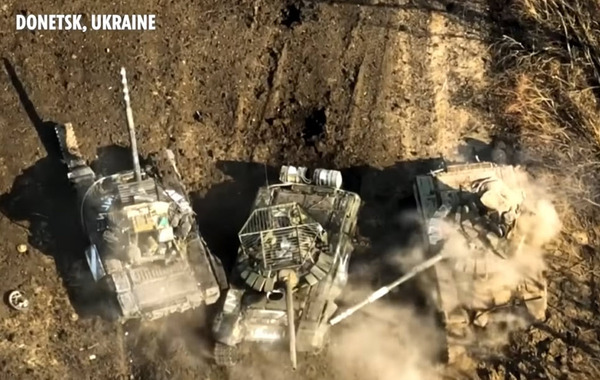 Putin’s ego, Ukrainian bravery and tenacity, and America’s $50 billion dollars of support did for us what 77 years of diplomacy and trillions of dollars of cold war policies and spending failed to do. The willingness of NATO countries to defend each other after a Russian attack was always a whispered worry in diplomatic and military circles. Our response, along with the Brits and other NATO countries, convinced the world the Russian Bear is far from the all-powerful ferocious beast the Soviet and Russian PR machines told us it was. And we did it without the commitment of NATO conventional ground, naval, or air assets. Moscow’s military always put on a grand May Day parade in Red Square but it couldn’t even supply fuel to their tanks stalled on the road to Kyiv.

Putin’s action drove Finland and Sweden to action. For decades they believed their neutrality would protect them from any Russian onslaught. Now they are wisely putting their faith in the combined military might of NATO and the U.S.

Ukraine was never the ultimate target. Because of his failure in Ukraine, Putin’s long-range goal of wiping out independent Lithuania, Latvia, and Estonia is long gone. He always wanted to force those three former puppet states back under his control. He dreamed of a land bridge to Kaliningrad but all those dreams died on the road to Kyiv.

Vlad’s adventurism also significantly weakened him personally. For decades, Russia was Putin and Putin was Russia. This weakened Putin creates a very weakened Russia, militarily and diplomatically. If anyone needs proof Putin is weakened, Italy just seized his $750 million mega yacht. No one would have dared do that four months ago.

Russia does not tolerate failure. Putin promised his support structure in Moscow that the Russian Army would quickly overrun Ukraine. He did not deliver. The behind-the-scenes powers inside the Kremlin have the same level of forgiveness as Don Corleone. It always takes Russia time to remove ineffective leaders but the smart money says that Vlad will not be popping Champaign corks in the Kremlin on New Year’s Eve.

Even Putin’s internal political support at the “happy worker” level is waning. Russian mothers dislike being told their sons are dead. The Russian navy does not like its flagships at the bottom of the Black Sea. The sunk Moskva will make a wonderful artificial fishing reef in about 20 years, but that will only remind the world of Putin’s failure.

The bottom line is that 50 billion dollars in aid did what trillions of dollars and 77 years could not. The now disrespected and weakened Russian Bear will be forced to retreat to his den and lick his wounds.

Make no mistake, the war in Ukraine is not over. Many more brave men will die. More Ukraine territory may be lost. The Bear will not become a pussycat. But there is no way Putin can reverse the obvious failures of his promised one-week war plan.

Even If the Red Army eventually holds more Ukrainian territory, there is no way Putin can ever reclaim lost Russian, or his own, power and prestige. Russia will pay a huge price for Putin’s failed plans for the next 10 years. And Putin may pay the price much sooner.

Ed Sherdlu is the pen name of a former CBS television network reporter.  He uses a pen name because his mother would be so embarrassed to know that Ed’s 12-Step Journalism Recovery Program had been a failure.